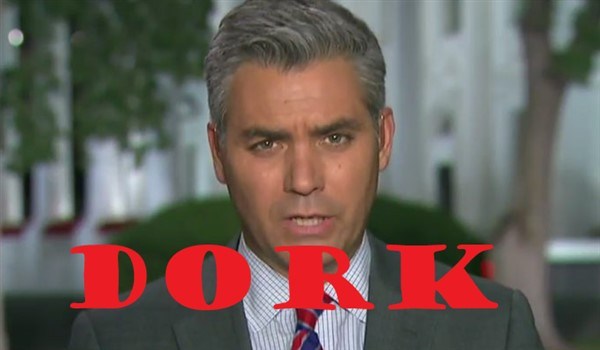 President Donald Trump got into a tense exchange with CNN’s Jim Acosta during a press conference in the White House on Wednesday (November 7). The fiery back and forth started during a question over the president’s characterization of a migrant caravan traveling toward the U.S. border as invaders.

After a lengthy back-and-forth, Trump told Acosta: “Honestly, I think you should let me run the country, you run CNN, and if you did it well your ratings would be much better.”

Trump then tried to call on NBC News reporter Peter Alexander but Acosta refused to give up the microphone and tried to ask another question.

Eventually, Trump let him ask a question on Russia, which Trump brushed off before telling him to put down the mic. Trump wasn’t done, telling Acosta that “CNN should be ashamed of itself having you working for them. You are a rude terrible person. You shouldn’t be working for CNN.”

Alexander then defended his colleague, telling the president that Acosta is a “diligent reporter who busts his butt like the rest of us.” Trump replied saying that he is not a fan of Alexander’s reporting either.

Acosta continued to challenge the president, standing up and shouting questions.

“OK. Just sit down please,” Trump told Acosta. “When you report fake news, which CNN does a lot, you are the enemy of the people.”

CNN issued a statement in support of Acosta saying that Trump’s “ongoing attacks on the press have gone too far.” 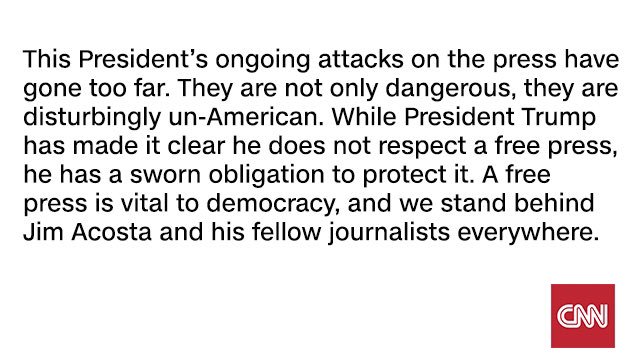