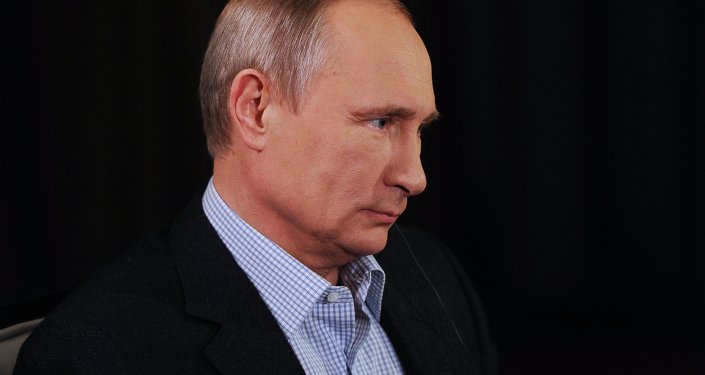 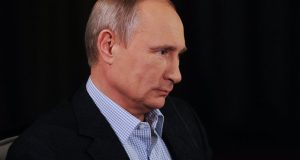 This article (‘Putin Blasts Euro-Western Culture of Pedophilia and Satanism’) is original copyrighted material belonging to Global Freedom Movement and may only be re-posted on your site in FULL, with proper  (clickable) attribution, with all hyperlinks, author bio, and this copyright statement intact at the top. Be integrity. 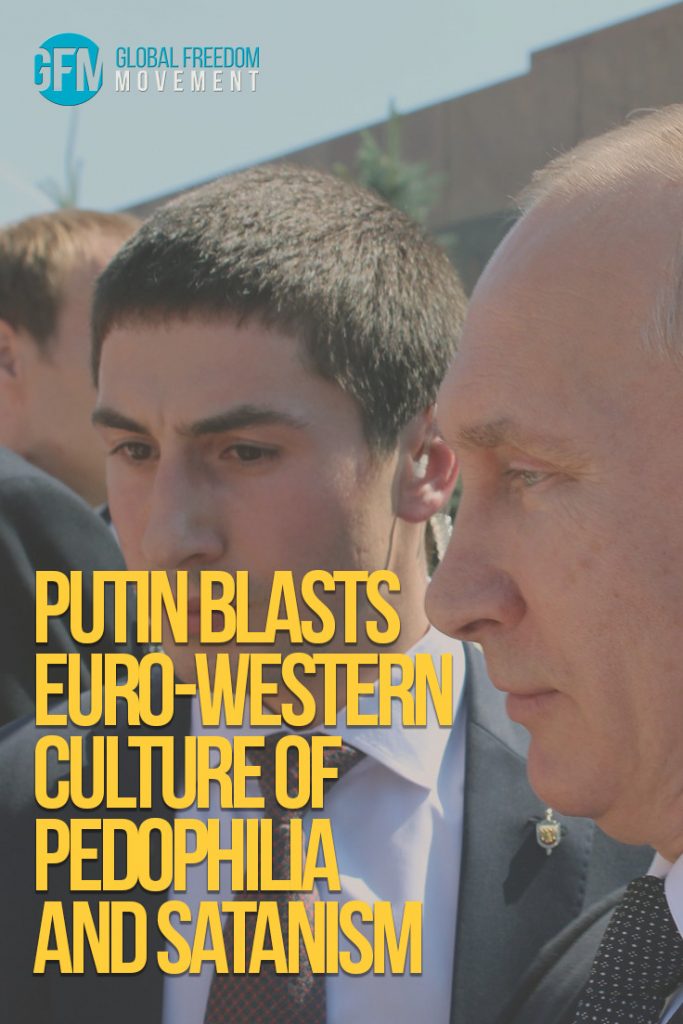 Recent events have sparked renewed interest in an explosive speech given by Vladimir Putin at the final plenary meeting of the Valdai International Discussion Club On September 19, 2013, addressing a number of challenges faced by contemporary Russia. In doing so, he also took aim at the moral degradation creeping through Europe and the West, in a rare – by normal political standards – display of candour.

In highlighting “ideological-informational” challenges faced by Russia, Putin observed that military-political problems and general social conditions are worsening, with much of the world forgetting the value of basic human decency, before noting that “supporters of an extreme, western-style liberalism”are as far from reality as “proponents of fundamental conservatism who idealise pre-1917 Russia.”1

Obviously anticipating his message being heard by critical recipients, Putin exhorted – ostensibly at least – the attendees (or more likely the international community who would eventually receive the recordings and transcripts) to “break the habit of only listening to like-minded people,” while “angrily and even with hatred­ rejecting any other point of view from the outset.”2

Many so-called “liberal progressives” could benefit from such advice.

Putin focused on challenges to Russia’s identity in an international context, of both a foreign policy and moral flavour. Notice the allusion to Satanism which Putin knows full well has, for a long time, been quietly rotting the fabric of America at the core:

We see many of the Euro-Atlantic countries are actually rejecting their roots, including the Christian values that constitute the basis of Western civilisation. They are denying moral principles and all traditional identities: national, cultural, religious and even sexual. They are implementing policies that equate large families with same-sex partnerships, belief in God with thebelief in Satan.3  (emphasis added)

There is probably something lost in translation here in this nugget, however, the fact remains this is an astonishing comment coming from a world leader, when what Westerners and Europeans are accustomed to is a combination of mere propaganda, rosy political rhetoric, and stock “manager speak” which typically reveals nothing (and obscures reality by design).

The excesses of political correctness have reached the point where people are seriously talking about registering political parties whose aim is to promote paedophilia.4 (emphasis added)

Another bombshell that should reverberate in the numbed minds of “progressive” Europeans and fluoridated Westerners. How many other world leaders have spoken out about the insidious and increasingly widespread normalization and promotion of pedophilia? Did Obama order mass pedophile arrests? Did either Clinton? Did either of the Bushs do or say anything meaningful about the pedophilia epidemic? (No. Have you considered that they may be tooheavily invested in keeping it quiet?) 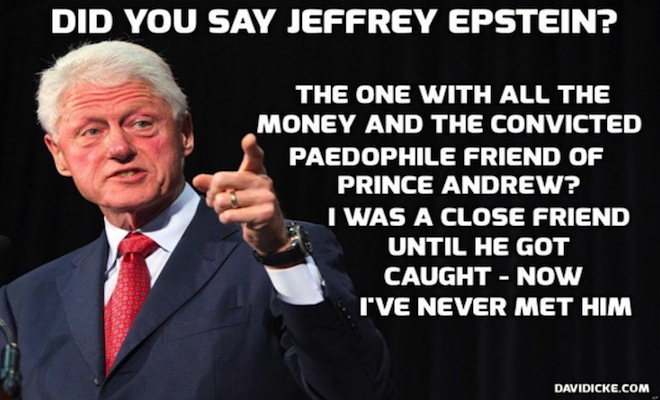 Doubtless that Putin would applaud the efforts of President Trump in organizing for the arrest of some 1,500 pedophiles on American soil within a matter of weeks of arriving in the Whitehouse. Where were the “progressives” and “liberals” when that went down? Still crying about Hillary?

In late 2012 (with Obama still in office), Putin actually passed a controversial bill with emphatic support from the State Duma to ban US foster parents from adopting Russian children in a move that will simultaneously protect a number of them from being shunted into child trafficking operations while also tragically denying many orphans new families. America adopts more Russian children annually than any other nation.5

Putin explained “the country will not be responsible” for the abuse of Russian children at the hands of American pedophiles.6

Reportedly, the Russian premier has warned that the ban will remain until President Trump takes care of the sex trafficking epidemic and lives up to his promise to “drain the swamp” of pedophile Elites in Washington D.C. It appears likely that an elite pedophile network in D.C. uses adoption to enter children into child sex trafficking7 – hardly news considering the well known saturation of pedophiles within America’s political machinery.

Further addressing the worsening moral crisis, Putin offered criticism of the erosion of traditional religion and its moral foundations, and an implicit derision of “multiculturalism” and its less talked about insidious effects:

People in many European countries are embarrassed or afraid to talk about their religious affiliations. Holidays are abolished or even called something different; their essence is hidden away, as is their moral foundation. And people are aggressively trying to export this model all over the world. I am convinced that this opens a direct path to degradation and primitivism, resulting in a profound demographic and moral crisis.8 (emphasis added)

The “Russian bear” explicitly criticized contemporary forms of “multiculturalism,” calling it “in many respects a transplanted, artificial model…based on paying for the colonial past.”9 It is not a well known fact at all that the current contrived and forced brand of “multiculturalism” so many of us have come to know, is part of the Zionist design for achieving full spectrum global domination (in this case through deliberately subverting a nation’s cultural integrity and identity – multiculturalism as a sort of Trojan horse).

Not least of all in Putin’s speech was a broad allusion to and scathing critique of the New World Order a.k.a. One World Government (Zio-globalist) agenda, which amounts to global slavery, as Putin himself explains:

[W]e see attempts to somehow revive a standardised model of a unipolar world and to blur the institutions of international law and national sovereignty. Such a unipolar, standardised world does not require sovereign states; it requires vassals. In a historical sense this amounts to arejection of one’s own identity, of the God-given diversity of the world.10 (emphasis added)

It is evident that with Obama’s exit from the Oval Office and Trump’s entrance, Russia and America have more in common now than recent memory attains. For one thing, we could never have expected such overt mutual (US-Russian) opposition to the entrenched pedophile networks operating throughout Western politics and societies in general.

Perhaps we will see the “elite” network of pedophiles and Satanists get their comeuppance in this lifetime after all. 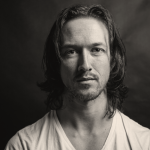 Co-founder of Global Freedom Movement and host of GFM Media, Brendan D. Murphy is a leading Australian author, researcher, activist, and musician. His acclaimed non-fiction epic The Grand Illusion: A Synthesis of Science & Spirituality – Book 1 is available here.
“Brendan is the Chomsky of the Spiritual movement.” – Alistair Larmour, medical intuitive
“Every person in the field of ‘paranormal’ psychology or related topics should have this book as a major reference.” – Dr. Buryl Payne
“A masterpiece…The Grand Illusion is mind-blowing.” – Sol Luckman, author of Potentiate Your DNA.
“You’ve written the best synthesis of modern science and esoteric science that I’ve seen in 40 years…Brilliant!” – Michael K. Wade