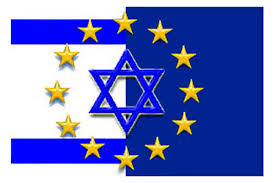 Russian President Putin has said in a speach that the current human tsunami of refugees into Europe was “absolutely expected” and that he himself has publicly predicted such an outcome from “the West’s” misguided meddling in the Middle East and North Africa. Putin’s statements are correct as far as they go, but they don’t go far enough.

It’s not just that a refugee crisis could be expected, but as Dr. Duke and I have frequently pointed out on the David Duke Radio Show, a refugee crisis was part of the plan. Of course the Zio-fanatics in Israel and Washington wanted to weaken a Syrian state that they see as an enemy, and of course they want to pre-occupy Iran’s ally Bashar Assad in order to clear the way for a war against Iran.

But massive immigration into European countries is also a top priority for Zio-fanatics, and the war in Syria has created millions of new pawns that can be sacrificed in order to further undermine Europe’s demographic future. Likewise, the overthrow and gangland execution of Libyan leader Gaddafi with the support of U.S. air power has created a lawless superhighway from sub-Saharan Africa to Europe’s Mediterranean shores. If hundreds of Africans at a time die along the journey, what difference does it make? After all, they are just goyim! And enough will get through to fuel the Zio push for a multi-cultural Europe.

While Putin has a pretty tough reputation, notice that even he holds back on identifying the Zionist fingerprints all over this crisis. We know that Jews extremists run America’s foreign policy. The top three officials at the State Department are all Jews, and they are just the tip of the iceberg. Moreover, the Middle Eastern governments responsible for financing ISIS and allowing foreign fighters to infiltrate Syria and Iraq are all 100% kosher client states with a long history of cooperating with Zionist interests: Saudi Arabia, Jordan, Qatar, and Turkey.