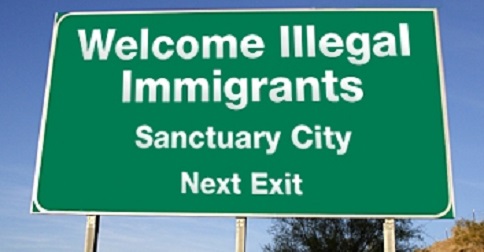 In 2012, HUD disbursed about $3.8 billion of these grants to almost 1,200 municipalities. To continue receiving those grants, zoning plans will now need federal approval that they met with the government’s racial guidelines.

This could be Obama’s biggest power grab yet.

HUD is now claiming authority over local zoning decisions in an effort to redraw every neighborhood in America—to achieve an unachievable, utopian vision of forced community development. Yet the government assures us, in the regulation, that “This rule does not impose any land use or zoning laws on any local government.”

The rule continues: “Rather, the rule requires HUD program participants to perform an assessment of land use and zoning to evaluate their possible impact on fair housing choice.”

Then, when those zoning plans are submitted in conjunction with the grant application, “This final rule, and assessment tools and guidance to be issued, will assist recipients of federal funding to use that funding and, if necessary, adjust their land use and zoning laws in accordance with their existing legal obligation to affirmatively further fair housing.”

So, the program will not impose land use or zoning laws on communities, it will simply assess and if necessary adjust those laws as a condition for receiving the funding. But nobody forced them to take the money. Thanks for clearing that up.

Choosing where you want to live is not discrimination, and yet, the Obama administration, through its rule, is saying that we have all apparently discriminated against ourselves by determining for ourselves where to buy or rent a home.

Never mind that some houses cost more than others, that some neighborhoods have higher taxes, and that not everyone can afford to live in every community—not by design, but simply due to high demand for housing in certain areas.

As demand for homes rises, so too does the price. That may lead to certain outcomes, such as pricing particular income brackets out of purchasing homes in more expensive communities, but that is not discriminatory. Real estate markets are volatile, and home values are very much subject to economic conditions.

Besides, individual cases of housing discrimination are already illegal and have been for almost 50 years.