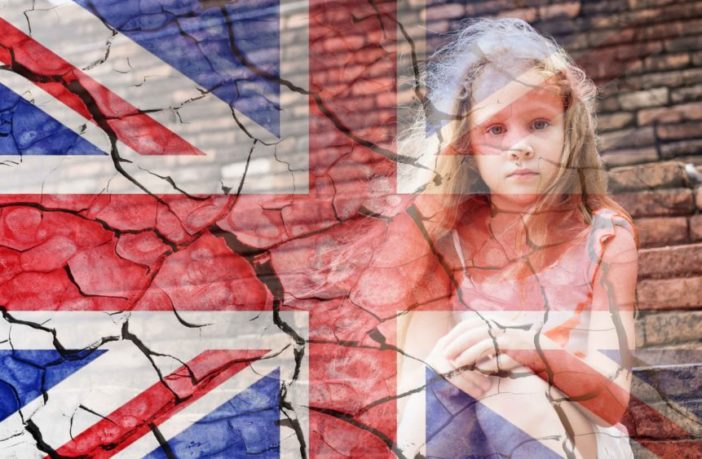 There’s a world outside your window and it’s a world of dread and fear. The only thing that is growing is the bitter rape of young vulnerable British girls, as you read those words this festive season, thank god it’s them, instead of you.

Rape Gangs right now, as you read this are still blighting Britain and destroying the lives of thousands of girls across the UK

The 1985 charity-hit for the starving people of Africa ‘Do They Know It’s Christmas’ called for us to spare a thought of starving Africans, but this Christmas – it’s time to start our charity at home and shine a light on our own horrors here in the UK, and think of the victims of the vile Rape Gangs that steal the childhood of thousands of young girls – and quite possibly boys, the #1400 campaign is trying to do that – despite a ‘Media Blackout.’

Last week, Politicalite along with Unity News Network and Alt News Media attended an event at the House of Lords to report on the launch of the #1400 campaign, founded by Shazia Hobbs and Rotherham Grooming Survivor Elizabeth Harper. The campaign plans to launch a telephone helpline, to support young British girls trapped in this world of horror.

Despite a few reports in Britain’s newspapers, who claim to have ‘broken the story’ on Grooming Gangs, the press is still ignoring Britain’s shameful and preventable epidemic.

Rape Gangs right now, as you read this are STILL blighting Britain and destroying the lives of thousands of girls across the UK. “Paedophiles don’t retire,” said Shazia Hobbs, and she says that it’s “worse now than ever before.”

We have lost a generation, Our childhood was stolen, Why did this happen

The BBC failed to attend and Channel 4 showed no interest when they found out the Lords event – because Activist Shazia Hobbs, (who’s an ex-Muslim), would be attending.

Hobbs told the event – hosted by UKIP peer, Lord Pearson that she “wanted to make sure this country feels the full impact of what it has covered up and what it is still covering up.”

“Where is Esther Rantzen with her helpline for the victims of Muslim rape gangs?” said Hobbs, “Where are all the politicians? The people in power who can and should be protecting these children? Where are they?”

One brave Survivor, Elizabeth Harper – a victim of the Rotherham Grooming atrocity, revealed: “I was one the #1400 children.”

“We have lost a generation, Our childhood was stolen, Why did this happen?” asked Harper. She also claimed that the Government doesn’t care; “We have not received funding from the Government”

Elizabeth has been left with a life sentence and counselling and therapy could help alleviate and allow her to deal with the many issues that arise from that abuse and begin the healing process.

Harper said the Campaign was “not about party politics, it’s about child abuse.”, that is true – but it will be difficult to discuss this issue, thanks to former Labour PM Tony Blair (1997-2007) thanks to policy pushed through the very building that launched the campaign.

Jeremy Corbyn’s Labour is reluctant to discuss the issue… the party gets 85% of the Muslim vote – you do the math.

“There are people in Parliament who try to stop us from talking about this” using hate crime laws, said Atkinson.

And get this… Janice also revealed that the EU Parliament “turns of her microphone” when the MEP tries to raise the issue of Grooming Gangs.

For Britain Leader Anne Marie Waters also attended, she blasted the MSM and said they will simply call anyone who calls them out ‘Far Right.’

UKIPs’ Lord Pearson added: “If you touch this case, you immediately become an Islamophobe”

“Islam lies at the heart of this problem, and most of this is a problem within Islam, we need to start talking about this openly,” said the pro-Tommy Robinson Peer.

Lord Pearson also revealed that he would be writing to the British Government to highlight the issues raised at the campaign launch and to ask questions.

Politicalite contacted the BBC for comment as to why they failed to attend the #1400 campaign launch – for over five days, the BBC did not have time in their ‘busy’ schedule to reply.