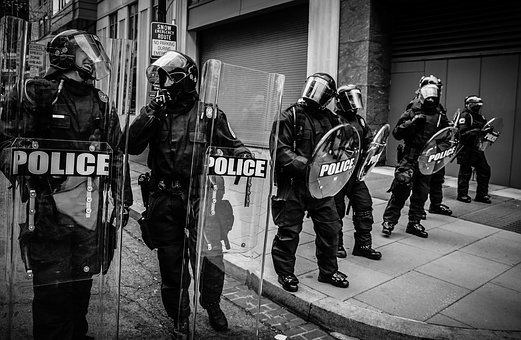 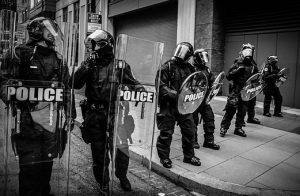 Signs of the times—

Large anti-lockdown protests are sweeping across Europe. Denmark, France, Germany, Italy, the UK, Poland. The media are trying to put a lid on coverage of these momentous events.

In a more intimate setting, up close and powerfully personal, gym members and owners in Buffalo, New York, shouted down cops and a public health officer, who had entered the gym because the gathering exceeded the prescribed limit. The gym personnel drove out the cops and followed them, to make sure they left the property.

In Buffalo, protestors came to the house of Erie County Executive, Mark Poloncarz, to express their anger at new lockdown restrictions. The protest was also aimed at New York Governor Andrew Cuomo.

Sheriffs in Fulton and Erie Counties (New York) are refusing to enforce Thanksgiving lockdowns which limit the number of people in private homes.

In various areas of England, police have warned government officials they’re “sitting on a time bomb,” because lockdown rules make it illegal for two or more families to gather together for Christmas—and law-enforcement personnel are permitted to invade homes where violations are occurring. The time bomb is, of course, huge numbers of outraged citizens.

In Australia, Qantas airline CEO Alan Joyce announced that travelers will be able to fly only after receiving the COVID vaccine, once it is approved. Soon afterwards, Joyce stood at a podium at an event to give a speech, and a grizzled Aussie walked up to him and shoved a pie in his face.

Two women saw New Jersey Governor Phil Murphy eating dinner at a restaurant with his family. He was maskless. “You’re such a dick!” one woman told him. Murphy has just extended his state’s lockdown, the ninth time he has done so since March. At his dinner table, Murphy tried to remain calm. He put on his mask.

In a form of silent protest, 300,000 residents of New York have left the city since pandemic restrictions began.

It should be noted that, among the several hundred thousand (or more) Trump supporters who gathered in Washington DC, at a Stop The Steal rally, few people wore masks, and no one paid attention to social distancing regulations.

Across America, without fanfare, pockets of the economy are wide open—no masks, no distancing, no one is paying attention to government regulations.

The walls of lockdown fascism are cracking, in large ways and small. Actually, there is no small. Every act inspired by the fire of freedom counts.

2 thoughts on “Rebellion rising; the people have had enough”