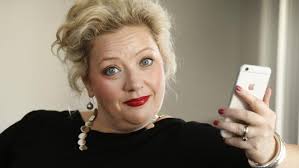 Australian Health Minister of Victoria Jill Hennessy has made absurd statements in regards to vaccines. She has fabricated a story to vilify the pro-choice community and worked hand in hand with known online bullies and stalkers. It is time that Jill Hennessy faces the consequences for her actions.

Jill Hennessy came out in March of this year and stated on national television, that there are no risks in vaccinating your children. Undoubtedly a lie, as we all know vaccines are unavoidably unsafe. You can see the video of making these claims here.

On October 21st Minister Hennessy took it further when she went on the record reading out abusive “tweets” she had allegedly received from “vile anti-vaxxers”. This video went viral and was broadcasted on every major channel in Australia, vilifying the pro-choice community. You can see some of the original broadcasts here, here and here.

A group of concerned parents started an investigation into these “tweets” after some had expressed their doubts about the authenticity of these comments. After extensive research they discovered some of these tweets to be blatantly fabricated lies. Others were never directed to Minister Hennessy but in fact were taken out of secret and closed Facebook groups. It was uncovered that these “tweets” had been supplied to the Minister by a known internet bully and skeptic blogger called Reasonable Hank. Minister Hennessy had previously tweeted her support of this bullying blogger.

An extensive article was written and published on these findings. You can find the link to the article with all the evidence of the fabrication and lies here.

A few days later a blogger by the name of Philip Gluyas tweeted to the minister. He was proud of his list of known anti-vaxxers that he had created and invited the minister to check out his “nasty” work. The list contains names of “child neglecters”, according to Gluyas. The article states that he has addresses to some of the names published on the list, for the purpose of taking further action. Minister Hennessy initially liked his tweet but tried to hide this later on. You can read more about the list and how Jill Hennessy offered her support to a derailed internet troll in this post.

Health Minister Jill Hennessy has shown that she does not care about the health of the people. Minister Hennessy has stated publicly as a health minister that vaccines are safe and effective. This is a dangerous lie and is very disrespectful towards people who have seen vaccine damage happen. The Premier of Victoria has also shown his support for the pharmaceutical lobby and labeled the pro-choice community “haters”. Adding to vilification as well.

Minister Hennessy actively blocks and censors anyone who tries to debate her on these matters, despite stating she is open to constructive criticism. She has incited hate towards

a group of loving families and endorsed people to take action into their own hands to deal with anti-vaxers. She has not met anyone of her constituents who are willing to have a talk with her on the matter.

It’s time For Jill Hennessy to step down as health minister and apologize for the hurtful and false statements she has made.

NOTE: Why is this woman still in office after openly lying to the Australian people & labelling the Health Freedom Movement as vile trolls? An Australian health minister has been caught red handed fabricating lies to demonise families simply because they choose not to vaccinate but still remains in office, Do we really live in a democratic society?

One thought on “Recap: The Saga of Lies and Deceit from Health Minister Jill Hennessy”