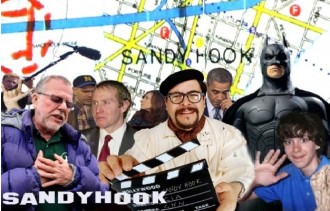 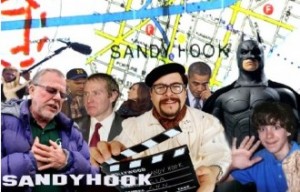 On the Sandy Hook 3rd anniversary this December 14th, 2015, it is well worth remembering what a strange, unique, manipulative and horrific event occurred on December 14th, 2012. When I say horrific, I am not referring to what you may think was the horrific aspect of the event: the gunning down of 20 innocent children and 6 innocent adults. That is unquestionably horrific. But to date there has hardly been enough evidence to prove that actual people were gunned down.

Sandy Hook was the first false flag in recent history to be exposed as an entirely fabricated event. It marks the first in a series of false flag hoaxes where fake victims and fake victims’ families (crisis actors) have been used. Since the majority of people still cannot fathom that Sandy Hook was a staged event, the template of using crisis actors has been used again and again (e.g. at the Boston Marathon the following year).

Now that we are passing the Sandy Hook 3rd anniversary, it’s time to turn back the clock and re-examine some unanswered questions pertaining to the event.

By the way, if you think Sandy Hook no longer matters, ask yourself why Amazon (on behalf of the US Government) felt it had to engage in censorship by trying to ban Jim Fetzer’s book Nobody Died at Sandy Hook (available for free here). Sandy Hook is still very relevant, because it was a scam of massive proportions. Take a look how many false flag mass shootings are still being carried out monthly and even weekly (e.g. Paris, San Bernardino) to terrorize the public, push gun control, and achieve other political and geopolitical aims.

There are still some who cannot bring themselves to believe that criminal elements within the US Government could pull off a false flag hoax like this. Yet, it must be remembered that, in this day and age, it is all too easy to fake photographic and video evidence. Photoshop, green screens and other software programs allow the user to construct any kind of images they want. If you want to know some of the truth about what really happened at Sandy Hook, 2 of the best documentaries (out of many) that expose the absurdity of the official narrative and provide alternative theories are We Need to Talk About Sandy Hook (by various independent media analysts) and Unraveling Sandy Hook in 2, 3, 4 and 5 Dimensions (Sofia Smallstorm).