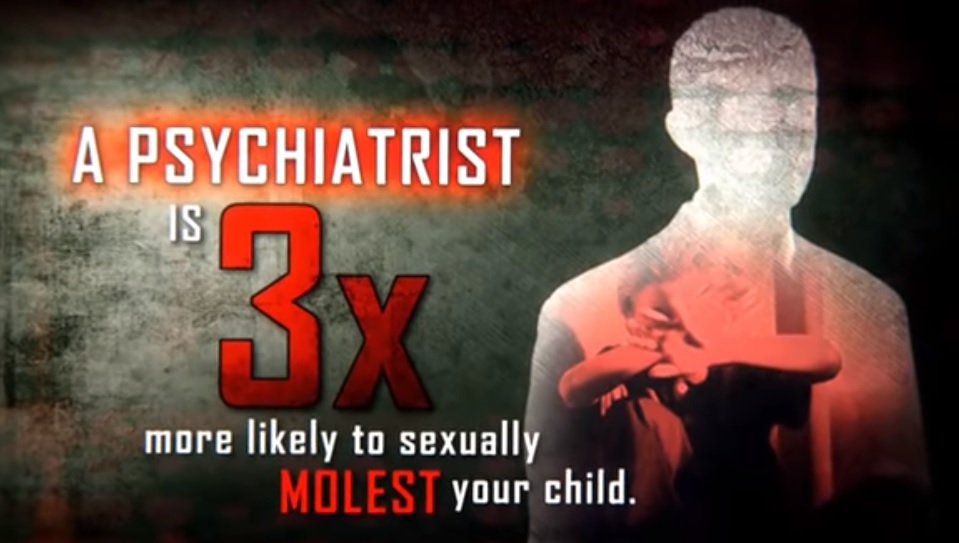 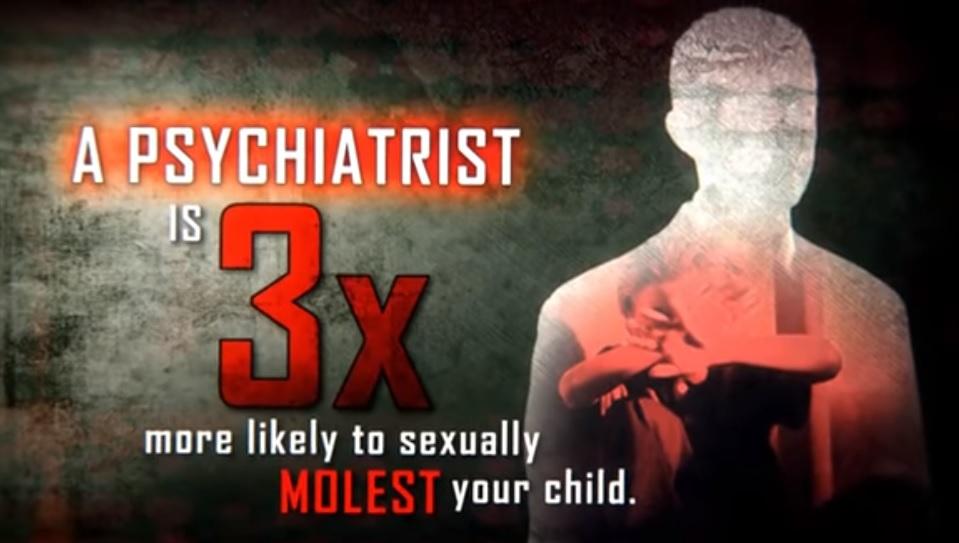 With studies showing an average of 6 to 10 percent of psychiatrists and psychologists sexually abusing their patients, including children as young as three, Citizens Commission on Human Rights (CCHR) is encouraging victims of such abuse to contact it and speak out.[1] 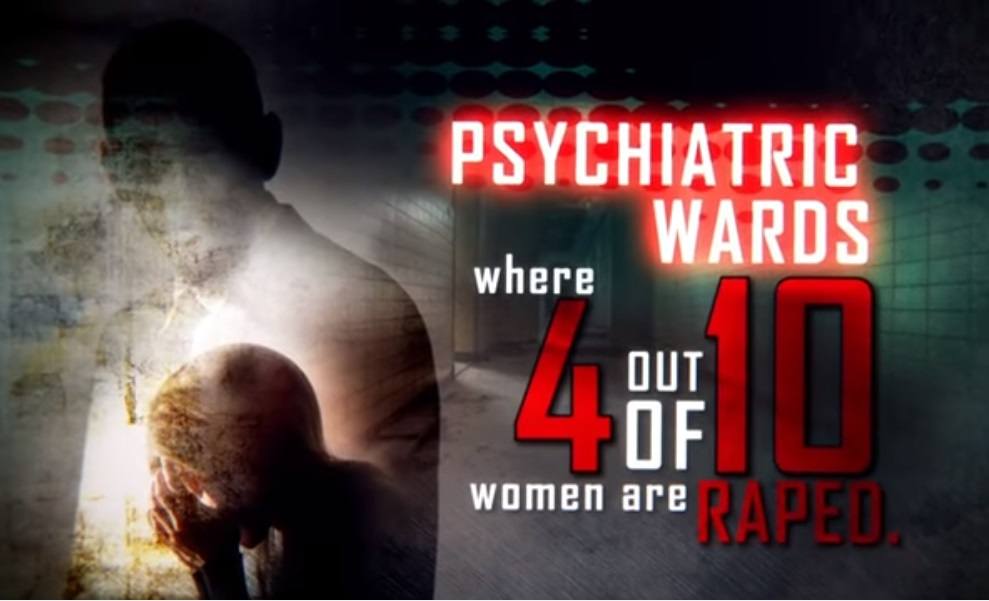 The sexual crimes committed by psychiatrists are estimated at 37 times greater than rapes occurring in the general community, one U.S. law firm stated, estimating that about 150,000 female patients have been assaulted.[2]

CCHR, a mental health watchdog, points to studies showing that mental health practitioners abusing their patients are often repeat offenders. A U.S. national survey of therapist-client sex involving minors also revealed one out of 20 clients who had been sexually abused by their therapist was a minor, with girls as young as three and boys as young as seven.[3]

Clinicians have compared psychotherapist-patient sexual involvement to rape, child molestation, and incest, putting victims at increased risk of suicide, according to the study, “Psychotherapists’ Sexual Relationships with Their Patients” in Annals of Health Law. [4]

The findings of a national study of 958 patients sexually abused by their therapist suggested that 90% were harmed and of those, only 17% recovered.  About 14% of those who had been sexually involved with a therapist attempted suicide.[6]

“With the #MeToo movement shining an unprecedented spotlight on this complex societal issue, it is a critical opportunity for informed news coverage to advance the public conversation.”[7]

CCHR says that public conversation must include the rampant assault of women and children in the mental health system.

The group is calling for uniform therapist-sexual assault laws to be enacted throughout the U.S. and internationally. In 2016 a U.S. investigation by The Atlanta Journal-Constitution found that in 49 states and the District of Columbia, multiple gaps in laws can leave patients vulnerable to abusive physicians.[8]

A report in Annals of Health Law said that when sexual contact occurs in a psychotherapeutic setting, it is not unusual for the patient to have been persuaded that it was a necessary and integral part of the therapy itself.[16]

The practice is referred to as “therapeutic deception,” which CCHR recommends should elicit greater penalties if used to sexually abuse a patient.

In one of the first lawsuits involving such abuse, the New York Appellate Court affirmed a trial court’s decision which found that the relationship between a patient and psychiatrist was a fiduciary one, and it based liability on the psychiatrist’s misuse of his position of overpowering influence and trust to coerce a patient to have sex with him.

According to the trial court, “[T]here is a public policy to protect a patient from the deliberate and malicious abuse of power and breach of trust by a psychiatrist when that patient entrusts to him her body and mind in the hope that he will use his best efforts to effect a cure.”[17]

In a U.S. survey of psychiatrist-patient sex, 73% of psychiatrists who admitted they had sexual contact with their patients claimed it was committed in the name of “love” or “pleasure”; 19% said it was  to “enhance the patient’s self-esteem” or provide a “restitutive emotional experience for the patient,” while others said it was merely a “judgment lapse.”[19]

CCHR says such excuses add weight to the need for uniform patient sexual assault laws, arguing that no lay rapist could argue that he “crossed the boundary,” his violent act was for the victim’s “self-esteem.”

Some therapists that have sexually assaulted their patients add to the abuse by billing health insurance companies, fraudulently claiming they provided a “consultation.”

For example, a psychologist in Florida was accused of having sex multiple times with one of his female patients and billing her insurance company $1,400 for “sessions,” according to records from the Florida Department of Health.[20]

CCHR encourages anyone who has knowledge of a psychiatrist, psychologist or psychotherapist sexually abusing a family member or friend to report this to CCHR to call CCHR’s hotline at 1-800-869-2247 or fill out an abuse case report form on the CCHR website.

Read the full article at CCHRINT.org.

[10] “Psychiatrists four times as likely as other Canadian doctors to be disciplined for sexual misconduct: study,” The National Post, 6 Dec. 2012

[11] “When Doctors and Patients Become Involved : Ethics: Sexual contact between therapists and patients is not new. But now it is the subject of a growing number of malpractice cases,” Los Angeles Times, reprinting a Washington Post article, 9 Nov. 1989, http://articles.latimes.com/1989-11-09/news/vw-1375_1_malpractice-cases

Silver-Shadow: Typo Cash Can = Cash Cab haha...
Silver-Shadow: Hey Crazzies! I hope everyone is keeping sane, or trying to during the...
@G_0: About the III REICH ... PLEASE see The Greatest Story Never Told; Eur...
@G_0: https://www.bitchute.com/video/mRm7XsyifVhm/ Jewish Propaganda inAust...
@G_0: Kick the jews out of America & Australia & have OPEN DEBATE a...
@G_0: https://www.bitchute.com/video/5cAewW9IX4b8/ How Dr Wolfgang Wodang s...
dennis: Thanks for posting this. The show goes on, now moving to civil war mod...
@G_0: John is GOLD! Excellent podcast Adam....
@G_0: https://beforeitsnews.com/blogging-citizen-journalism/2020/05/alabama-...
David A Howard: Covid 19 Facts: The virus can travel 6' it can not travel 6'1 or great...