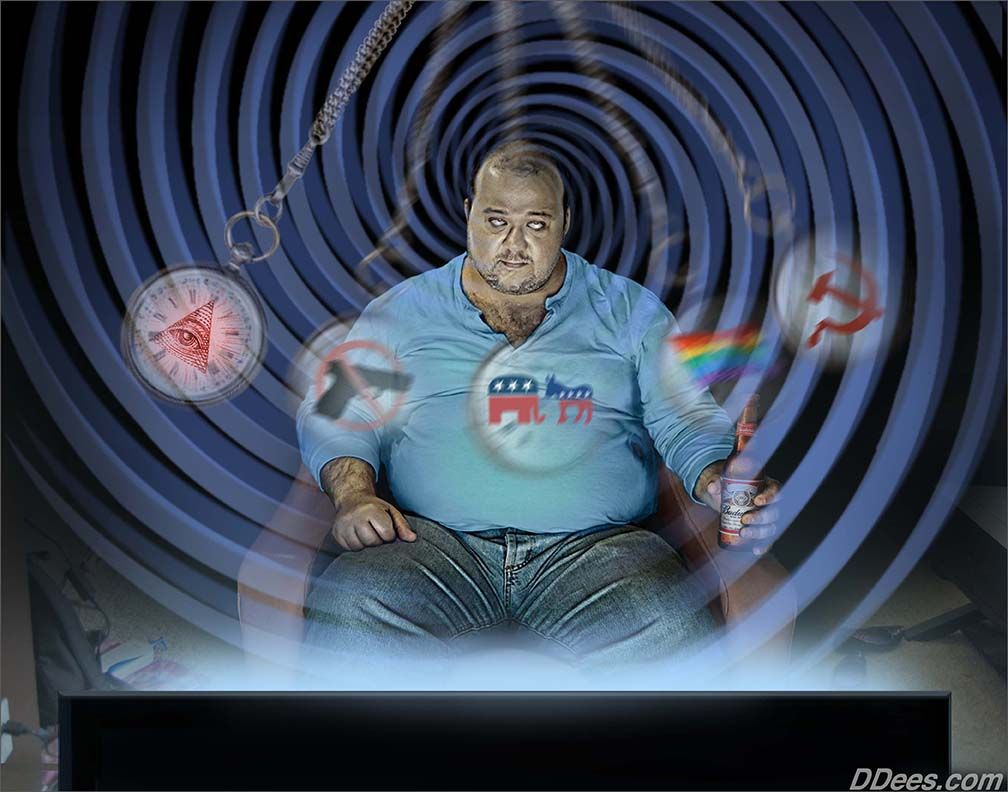 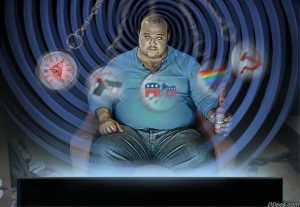 The elite news anchor is the eunuch: “trusted everywhere”

It’s not only the content of news that is embraced, it’s the style, the manner of presentation—and in the long run, the presentation is far more corrosive, far more deadly than the content.

The imitations of life called anchors are the arbiters of style. How they speak, how they look, how they themselves experience emotion—all this is planted deep in the brains of the viewers.

Most of America can’t imagine the evening news could look and sound any other way.

That’s how solid the long-term brainwashing is.

The elite anchors, from John Daly in the early days of television, all the way to Brian Williams (until he was exposed) and Scott Pelley, have set the tone. They define the genre.

The elite anchor is not a person filled with passion or curiosity. Therefore, the audience doesn’t have to be passionate or filled with curiosity, either.

The anchor is not a demanding voice on the air; therefore, the audience doesn’t have to be demanding.

The anchor isn’t hell-bent on uncovering the truth. For this he substitutes a false dignity. Therefore, the audience can surrender its need to wrestle with the truth and replace that with a false dignity of its own.

The anchor takes propriety to an extreme: it’s unmannerly to look below the surface of things. Therefore, the audience adopts those manners.

The anchor inserts an actor’s style into what should instead be a relentless reporter’s forward motion. Therefore, members of the audience can become actors shaping “news” about their own lives through Facebook.

The anchor taps into, and mimics, that part of the audience’s psyche that wants smooth delivery of superficial cause and effect.

From their perch, the elite television anchors can deign to allow a trickle of sympathy here, a slice of compassion there.

But they let the audience know that objectivity is their central mission. “We have to get the story right. You can rely on us for that.”

This is the great propaganda arch of national network news. “These facts are what’s really happening and we’re giving them to you.” The networks spend untold billions to convey that false assurance.

The elite anchor must pretend to believe the narrow parameters and boundaries of a story are all there is. There is no deeper meaning. There is no abyss waiting to swallow whole a major story and reveal it as a hoax. No. Never.

With this conviction in tow, the anchor can fiddle and diddle with details.

The network anchor is the wizard of Is. He keeps explaining what is. “Here’s something that is, and then over here we have something else that is, and now, just in, a new thing that is.” He lays down miles of “is-concrete” to pave over deeper, uncomfortable, unimaginable truth.

The anchor is quite satisfied to obtain all his information from “reputable sources.” This mainly means government and corporate spokespeople. Not a problem.

Every other source, for the anchor, is murky and unreliable. He doesn’t have to worry his pretty little head about whether his sources are, indeed, trustworthy. He calculates it this way: if government and corporations are releasing information, it means there is news to report.

What the FBI director has to say is news whether it’s true or false, because the director said it. So why not blur over the mile-wide distinction between “he spoke the truth” and “he spoke”?

On air, the anchor is neutral, a castratus, a eunuch.

This is a time-honored ancient tradition. The eunuch, by his diminished condition, has the trust of the ruler. He guards the emperor’s inner sanctum. He acts as a buffer between his master and the people. He applies the royal seal to official documents.

Essentially, the anchor is saying, “See, I’m ascetic in the service of truth. Why would I hamstring myself this way unless my mission is sincere objectivity?”

All expressed shades of emotion occur and are managed within that persona of the dependable court eunuch. The anchor who can move the closest to the line of being human without actually arriving there is the champion. In recent times, it was Brian Williams—until his “conflations” and “misremembrances” surfaced.

The vibrating string between eunuch and human is the frequency that makes an anchor “great.” Think Cronkite, Chet Huntley, Edward R Murrow. Huntley was just a touch too masculine, so they teamed him up with David Brinkley, a medium-boiled egg. Brinkley supplied twinkles of comic relief.

The cable news networks don’t really have anyone who qualifies as an elite anchor. Wolf Blitzer of CNN made his bones during the first Iraq war only because his name fit the bombing action so well. Brit Hume of FOX has more anchor authority than anyone now working in network television, but he’s semi-retired, content to play the role of contributor, because he knows the news is a scam on wheels.

There are other reasons for “voice-neutrality” of the anchor. Neutrality conveys a sense of science. “We did the experiment in the lab and this is how it turned out.”

Neutrality implies: this is a democracy; an anchor is no more important than the next person (and yet he is—another contradiction, swallowed).

Neutrality implies: we, the news division, don’t have to make money (a lie); we’re not like the cop shows; we’re on a higher plane; we’re performing a public service; we’re like a responsible charity.

The anchor, of course, goes for surface only.

At the end of the Roman Empire, when the whole structure was coming apart, a brilliant and devious decision was made. The Empire would proceed according to a completely different plan. Instead of continuing to stretch its resources to the breaking point with military conquests, it would attack the mind.

It would establish the Roman Church and write new spiritual law. These laws and an overriding cosmology would be dispensed, in land after land, by official “eunuchs.” Men who, distanced from the usual human appetites, would automatically gain the trust of the people.

These priests would “deliver the news.” They would be the elite anchors, who would translate God’s orders and revelations to the public.

By edict, no one would be able to communicate with God, except through these “trusted ones.” Therefore, in a sense, the priest was actually higher on the ladder of power than God Himself.

In fact, it would fall to the Church to reinterpret all of history, writing it as a series of symbolic clues that revealed and confirmed Church doctrine (story line).

Today, people are believers because the popular stories are delivered by contemporary castrati, every night on the evening news.

And the news is spread to the people…

But the true viruses are the anchors. They spread the illnesses.

Through their style. The style of the eunuch.

One thought on “Song Of The Anchorman With Jon Rappoport”

https://crazzfiles.com/wp-content/uploads/2018/04/THE-ANCHORMAN-JON-RAPPOPORT-.mp3Podcast: Play in new window | DownloadSubscribe: Apple Podcasts | Android | Email | RSS On tonight’s podcast show 24/11/22 i am joined by researcher and author John Hamer to discuss and break down his incredible reasearch and books. John Hamer is back on the podcast with me tonight to continue our discussion about central[…]