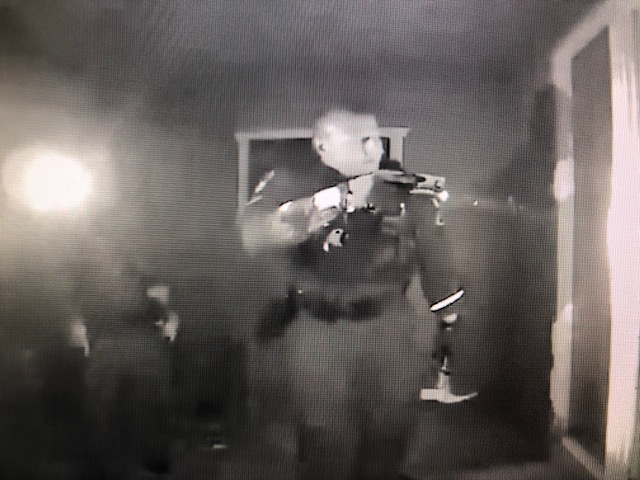 CHANDLER (CNN) — After a SWAT team broke open a door to take an unvaccinated 2-year-old boy with a fever to the hospital, an Arizona lawmaker is calling for a review of police and child protective services procedures.

“I want to sit down with stakeholders about this,” said state Rep. Kelly Townsend. “That was excessive. It’s a scary thing.”

The incident took place last month when a couple would not take their sick child to the hospital and they refused to let police check the child’s welfare after a doctor reported them, according to the Chandler Police Department.

An Arizona law allows officials to take custody of a child for his or her safety and gives police the ability to “use reasonable force to enter any building” to do so.

Townsend, who helped craft legislation requiring officials to obtain a warrant before removing a child from a home, is questioning whether police used excessive force.

“This case is frightening,” she said. “If you make the parental decision to wait ’til the morning to get medical care, you risk losing your child.”

The boy’s parents, Sarah Beck and Brooks Bryce, have each been charged with a count of child abuse, the Chandler Police Department said Thursday.

Beck’s attorney, Nicholas Boca, said the incident was unnecessary and was traumatic for the children and the parents.

“This type of force should be reserved for violent criminals, not a house filled with young sleeping children,” he said.

He also described his client as a loving and attentive mother who has always cared for her children “appropriately.”

“Mother (Beck) has a fundamental, constitutionally protected right to the care, custody, and management of her children,” Boca said. “These rights do not evaporate simply because the Department of Child Safety believes they know better.

CNN has attempted to reach Bryce.

Mother was worried about going to hospital

Beck took the toddler to the Southwest College of Naturopathic Medicine on February 25. The boy was suffering several symptoms, including a high fever, according to police documents.

A doctor who treated him encouraged Beck to take her son to a nearby children’s hospital for further testing and treatment, as the boy could have a life-threatening illness.

The doctor said Beck was hesitant because the child was not vaccinated and she feared the emergency room employees would report her to the Arizona Department of Child Safety, a police report said.

It’s unclear why the child was not vaccinated.

She agreed to take her son to the hospital after the doctor confirmed with the emergency room that they would not report her to DCS over a nonvaccinated child, the report said.

Later that day, the doctor found out the toddler never made it to the hospital and called DCS, which requested a welfare check from the Chandler Police Department.

A spokesman with the Arizona Department of Child Safety wouldn’t discuss the toddler’s case due to confidentiality laws.

“SCNM fully supports our doctors as they treat patients in accordance with federal and Arizona law,” said Jeff Morrow, the school’s director of marketing & communications.

About five hours after Beck and the toddler visited the clinic, police were dispatched to her home.

Other children were likely sick

When officers arrived at the family’s home, the boy’s parents would not let them check on the toddler.

For over two hours, officers made numerous attempts to negotiate with them “through doors, through windows, by telephone, and with assistance of neighbors,” a police report said.

Both parents briefly talked to police over the phone. When Bryce talked with an officer, he asked them to stop knocking on the front door, saying he would not be forced to take the child to the hospital and get a “three grand” bill, the document states.

He noted he had checked the toddler’s temperature and he was fine, police said.

Officers forced open the home’s door, police said, after they got a court order for the temporary custody of the toddler to give him medical attention.

The toddler and two other children, ages 4 and 6, were taken to the hospital and authorities took custody of them. Police said the three children were suffering from similar symptoms, including vomiting.

As officers walked inside the home, they saw piles of clothes, items scattered around the floor that made it difficult to walk around and stains from what appeared to be vomit in the children’s beds. They also found an unlocked shotgun lying next to the bed in the parents’ bedroom, the report said.

After the incident, the police report said, Bryce told officers he had not gone outside the house because two of the children were sick. He also said he was not aware that police or DCS were responsible to check on children once a doctor makes a report.