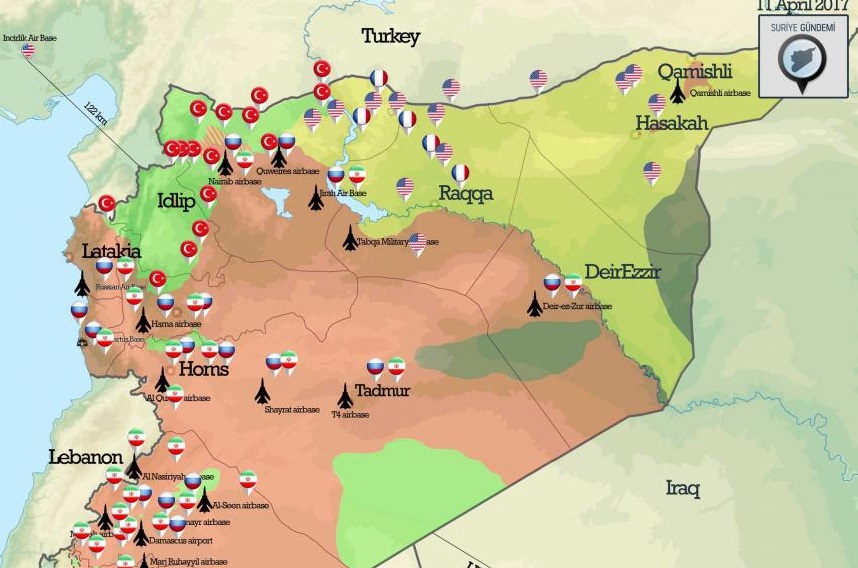 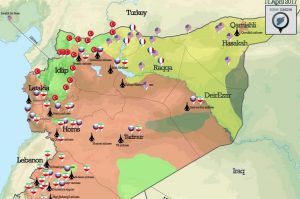 By now, you are aware that President Trump ordered a “precision strike” against Syria’s so-called “chemical weapon sites” run by Assad. The strike was deployed in response to an utterly false, absurd narrative that claims Assad gassed children with chemical weapons.

Beware of any news about an event that reportedly involves the deaths of children. In nearly every major false flag event — from the USA to the Middle East — children are used as props to generate “emotional terrorism” outrage as a form of social manipulation in order to achieve a political purpose. This doesn’t mean real children didn’t die, by the way. As I’ve explained numerous times, a “false flag” event involves real deaths wrapped around a fake narrative. Real children died in Syria, just as they did in the Oklahoma City bombing. But the official stories we’re told about why those children died are complete hogwash.

Remember when we were told that David Koresh burned his entire family alive?

We’ve seen this countless times in recent history, including going all the way back to the federal government’s murderous assault on the David Koresh compound in Waco, Texas, in 1993. The assault was nothing less than a murderous rampage by rogue government agents who murdered women and children in cold blood, yet the “official” story was that David Koresh set fire to his own buildings and murdered his entire family by burning them alive. (Seriously. That’s what the media still wants you to believe.)

The explanation that Assad gassed his own citizen children with chemical weapons is similarly absurd. You’d have to be a complete stooge to believe it. In an article entitled, “Ten Days Before The End Of The World,” written on April 12th, Paul Craig Roberts writes:

The criminally insane governments of the US, UK, and France are sending a flotilla of missile ships, submarines, and an aircraft carrier to attack Syria in the face of Russian warnings. What is the likely outcome of this outrageous act of aggression based entirely on an orchestrated and transparent lie, an act of reckless aggression that is more irresponsible and more dangerous than anything done by the demonized Nazi regime in Germany?

…we are left with the dangerous situation that some elements in the US and UK governments were able to orchestrate two events—the alleged Skripal poisoning and the alleged Assad chemical attack—and use the events to leverage unsupported accusations against Russia and Syria as justifications for an illegal military attack on a sovereign country. That such an outrageous orchestration is possible proves that there is no democracy or constraint on government in the US and UK.

When the entire corporate-run media gets behind the “official” narrative, you know it’s fake news

The fact that the entire legacy media is parroting the same pro-war explanation — including Fox News, Sean Hannity and CNN, in unison — is further proof that it’s all a huge lie. Somebody gassed children in Syria, but it wasn’t Assad. He’s the scapegoat, of course, and the pure bulls##t we’re hearing from the media right now sounds almost exactly like the “yellow cake” nuclear fuel hoax that former President Bush used to justify an invasion of Iraq (which was really all about controlling oil fields and had nothing to do with 9/11 or “yellow cake” nuclear fuel). Remember Weapons of Mass Destruction? It was all an intelligence hoax. The evidence was fabricated out of thin air, yet dutifully reported as “fact” by the entire media.

The gullible public believes almost anything they’re told by the media, of course, as most people have completely lost any ability to think critically about any issue at all. So the public rallies behind the lie, weeping for the deaths of children that were obviously staged for emotional manipulation purposes, thinking they’re “humanitarian” in supporting escalating acts of war that may lead us all straight to Hell via World War III.

This is how the deep state engineers the scripts of history and manipulates public perception to support outrageous acts of aggression and war against their targeted enemies.

“Fake news theater at its finest,” as I say. Because when globalists want to carry out some heinous act of war and aggression, some children are going to have to die first so that the proper narrative can be marketed to the public for the express purpose of generating the appropriate emotional reaction.

Always remember: When children start dying, you are being manipulated into supporting something that your rational mind would otherwise question. The use of dead children — whether in Syria or U.S. school shootings — is a deliberate element of problem-reaction-solution manipulation to make sure that no rational thinking can interfere with the desired “mob rule” reaction.

In essence, the best way to understand all this is that the use of dead children nullifies logic and reason, and that’s precisely the point. If people think rationally about the risks associated with escalating a Syrian conflict toward World War III with the Russians, it makes no sense at all. Only irrational, emotionally manipulated people would be dumbfounded enough to support such a deranged act.

I repeat the words of Paul Craig Roberts:

The criminally insane governments of the US, UK, and France are sending a flotilla of missile ships, submarines, and an aircraft carrier to attack Syria in the face of Russian warnings. What is the likely outcome of this outrageous act of aggression based entirely on an orchestrated and transparent lie, an act of reckless aggression that is more irresponsible and more dangerous than anything done by the demonized Nazi regime in Germany?

Stay informed and get prepared. Everything changes from this point forward. Read NewsTarget.com for daily coverage of geopolitics, war and survival.