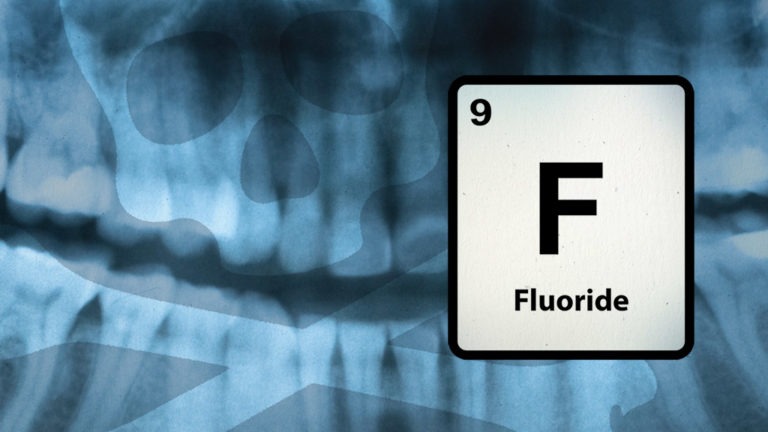 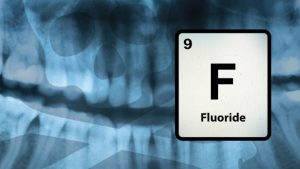 Fluoride is added to 70% of America’s drinking water, in what has long been a controversial practice of involuntary mass-medication.

The CDC lists fluoridation as one of the top 10 most important public health measures of the 20th century. But a group of non-profit organizations is now fighting the EPA on this practice, citing a mountain of evidence that shows little benefit, and massive risks.

Not only has the ingestion of fluoride been linked to a variety of health concerns, but research increasingly shows that it doesn’t even improve our teeth. While applying fluoride directly to the tooth’s enamel can in fact prevent tooth decay, it has been proven in dozens of peer-reviewed studies that swallowing the substance has no health benefit whatsoever.

So Why Exactly Do We Fluoridate Our Water?

The origin of the practice is downright bizarre: In 1901, dentist Frederick McKay began a 30 year study of what was known as “The Colorado Brown Stain.”

Residents of Colorado Springs showed a unique disfiguration of their teeth: brown, mottled pits appeared in this population with alarming consistency; yet, as McKay would soon discover, there was a beneficial trade off for this unsightly condition: Those afflicted by the “Brown Stain” showed a complete lack of tooth decay and cavities.

After an analysis of the local water supplies, McKay found an unusually high amount of fluoride; which he credited for both the lack of decay and the “Brown Stain.”

Today, the “Brown Stain” is known as dental fluorosis, and mild cases (which only produce white streaks) are present in 58% of adolescents. This mild discoloration has been a known side effect of fluoridation since the beginning, but the benefit of cavity and decay reduction was thought to outweigh the risk.

In the last few decades, however, an abundance of medical research has emerged that shows much more profound potential dangers, leading to an ongoing legal battle to end this practice.

Fluoride is essentially toxic to the human body, although in small doses, no acute effects are perceived. While our kidneys are able to filter out 50-60% of the fluoride we consume, the rest is stored in the body and has been observed to build up over time in certain areas.

One organ that is particularly susceptible to fluoride build-up is the pineal gland; the part of our brain responsible for regulating sleep and reproductive hormones. Sometimes known as “the third eye,” this small gland has been linked to metaphysical abilities by many cultures throughout history. Philosopher and scientist René Descartes believed the pineal gland to be the “principal seat of the soul.”

It is estimated that 40% of Americans have significant amounts of fluoride build-up in this gland by age 17. By old age, the pineal gland contains about the same amount of fluoride as a tooth. While the role of the pineal gland in facilitating psychic abilities and increased intuition is still up for debate, the fact that fluoride consumption impacts the gland’s ability to function is absolutely proven.

And that’s not the only part of the brain that suffers: over 30 independent studies have linked fluoride to a reduction in childhood IQ: A 2018 study published in Occupational & Environmental Medicine found that, for every increase of 1 milligram per liter of fluoride in a pregnant women’s urine, their offspring averaged 2.4 points lower IQ scores at age 1-3 years-old.

This follows a 2017 study funded by the National Institutes of Health (NIH) showing in utero fluoride levels associated with lower IQ in 6-12 year-olds.

Animal studies have shown other neurological effects, including impaired memory, reduced ability to learn, and even mild forms of brain damage. With potential health risks like that, you would think that the evidence of fluoride’s benefits must be pretty solid … well, think again.

There is no solid proof that drinking fluoride actually improves dental health.

In a 1989 study, data collected by the National Institute of Dental Research found that children who live in areas where the water supplies are fluoridated have tooth decay rates nearly identical with those who live in non-fluoridated areas.

While tooth decay has declined in the US since fluoridation was introduced, countries which do not add fluoride to their water have seen the same rate of decline in tooth decay. This data from the World Health Organization implies that factors other than fluoridated water are contributing to the overall improvement of dental health worldwide.

In fact, there has never been a controlled, randomized trial to demonstrate the effectiveness or safety of fluoridation, despite over 60 years of consumption in public water supplies.

A 2009 study, funded by the NIH, was surprisingly the first to look at individual exposure to fluoride (as opposed to simply living in a fluoridated community). They found no correlation whatsoever between fluoride ingestion and tooth decay.

Considering the wealth of scientific evidence now available, the involuntary mass-consumption of fluoride seems indefensible. Yet the EPA has dismissed citizen petitions to remove the substance, and is now trying to dismiss a lawsuit which would ban the use of fluoride under the Toxic Substances Control Act.

Carbon filtration devices, like those made by Pur or Brita, will not remove fluoride from water. Even expensive reverse-osmosis filters can not remove 100% of the substance, although they can be up to 90% effective.

Even if you have your own well or collect rainwater to drink, fluoride is still practically impossible to avoid. Food and drink is often made with fluoridated water. And of course, no explicit labeling is required.

When most people hear the term fluoride, they think of happy, white, shiny teeth. But if more Americans looked at the actual truth about this practice, perhaps the involuntary medication could end.