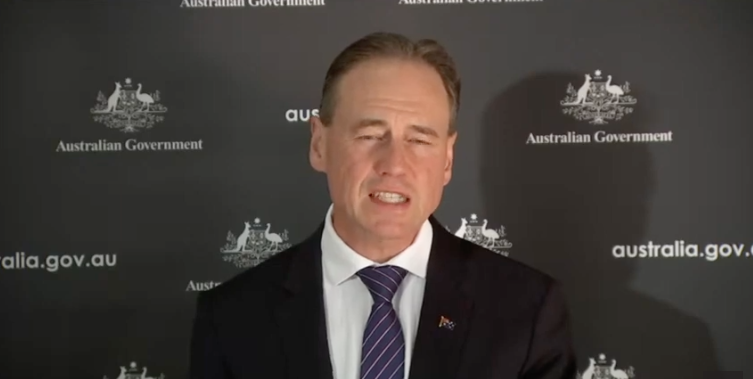 The following letter has been sent to Minister Greg Hunt and the Shadow Minister for Health, The Hon Mark Butler, MP today. The AVN has also issued a media release to inform the press of our demands. If you are able to help by supporting these demands with letters of your own, that would be very much appreciated!

And Mark Butler’s is Mark.Butler.MP@aph.gov.au

On 27 May, 2021, I wrote to you on behalf of our organisation’s tens of thousands of supporters and members asking that the Australian Government immediately cease its obviously harmful and deadly campaign using experimental COVID injections on unsuspecting men, women and now, children until proper scientific studies have been conducted.

Instead of responding to our concerns, you had The Director at the Australian Government Department of Health reply on your behalf. His response did not address even one of the issues we had raised.

This entire campaign has demonstrated the government’s failure and abrogation of its responsibility to those members of the community who are suffering from co-morbidities and underlying illnesses. Some have been shown to be at risk of anaphylaxis, pulmonary embolism, autoimmune illnesses and other maladies including death arising out of the receipt of a ‘warp speed’ medical product which has never been scientifically tested for safety, efficacy or its ability to affect viral transmission.

Worse yet, your department is in the process of approving these jabs for children and also recommending them for pregnant women despite the fact that they have never been tested for safety in either group and the risk of death from COVID-19 in both of these cohorts is effectively zero.

The companies your Government has chosen to deal with as providers of these experimental injections have all (with the exception of Moderna who as of yet, has no history because this is their first and only product) been dragged before various courts around the world charged with fraud, racketeering and other crimes leading to the deaths and disablement of millions. They have paid billions of dollars in fines and had multiple products withdrawn after being associated with widespread death and permanent disability. If they were health professionals providing a service to the community, they would have been struck off a long time ago yet these are the criminal enterprises you have chosen to deal with. In addition, you and your Government departments are discounting and ignoring the harm and deaths being caused by your policies.

We are not willing to allow public servants, whose salaries we and our members provide, to fob us off at a time when Australians are being devastated by the effects of what should be a lifesaving preventative but is instead, a shot that is proving harmful or deadly to far too many.

Our demands are as follows:

1- An immediate cessation of the experimental COVID shots until such time as they have been independently and scientifically tested for their long-term efficacy, safety and ability to prevent transmission. Remember that these products are intended to prevent an infection for which the vast majority of Australians have a greater than 99.8% survival rate. Therefore, the risk of death from the so-called preventative should never exceed the risk of death from the infection.

2- The Government so far has spent in excess of $3 billion tax dollars, by your representative’s own admission, in procuring and distributing these injections. Not one cent has been applied to testing them in either humans or animals. We insist that scientific studies be conducted, using animals first (since this essential phase of vaccine trials was skipped completely) and then, moving on to small groups of humans who are made aware that they are part of a clinical trial, prior to larger Phase III studies which use an inert placebo. This is the gold-standard of science and, without such trials, any claims of safety or efficacy are nothing more than empty and dangerous hyperbole.

3- These trials should be designed, conducted and overseen by independent scientists who have no ties – financial or otherwise – with any sector of the pharmaceutical industry. Australia’s health advisors have, for far too long, been corrupted by serious conflicts of interest. From the very top in the Department of Health, the TGA and ATAGI down to the local level, Pharma has purchased those into whose hands we have innocently placed our lives and the lives of our children. We will stand for this no more. There are many eminent and able scientists in this country who can and will carry out their obligation to protect and defend the health of all Australians and these are the ones the government must employ to carry out this grave and essential responsibility.

Since you have not responded to our previous request and seeing as Australians are dying and being permanently disabled every day by medical procedures you and your subordinates have approved virtually sight unseen, it is apparent that time is of the essence.

We therefore ask that you respond within 7 days of the receipt of this letter.

If you do not respond or if your response once again does not address our concerns, we would feel that we have no option but to consider legal action against you yourself, Minister Hunt, in the form of a private prosecution and against the Government to seek injunctive relief to immediately stop this current experiment on the Australian population – an experiment which you yourself called the world’s largest clinical trial. It is indeed that but it is a trial where those who are enrolled are unaware of the fact that they are being used as guinea pigs and that their outcomes are neither being studied nor are they even being recorded.

Copies of the permission forms given to potential recipients of these shots and obtained by our organisation, all omit a mention of the experimental nature of these shots – tantamount to a crime against humanity according to the Treaty of Nuremberg. Neither yourself nor the Australian Government will be held harmless in the face of such criminal charges.

Minister Hunt, you have a duty of care to all Australians not to put them in harm’s way. The public trusts the government to protect them from danger by not forcing or coercing them to participate in an experiment. Both yourself and Professor Skerritt have admitted that those who accept these shots are part of a clinical trialor an experiment. The public needs to be made aware of this fact so they can choose whether to be part of it or not without fearing a loss of income, the right to travel, the right to participate in every single activity they wish to be involved with or their other inalienable rights as free Australian subjects.

We take our responsibility to ourselves, to our families and to our community and country seriously. We hope and pray that you will do the same.

Advocates for vaccine safety and informed choice since 1994