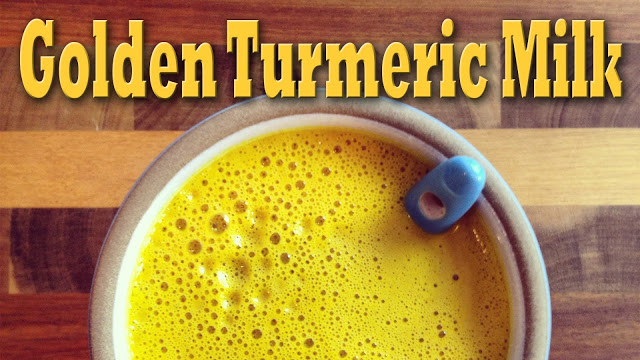 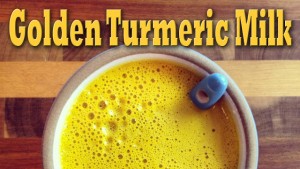 Advocated by several schools of native medicine, including Ayurveda, golden milk is one of the bests ways to consume turmeric on a daily basis, along with the antioxidant power of ginger and black pepper.

In a comprehensive summary of 700 studies published by ethnobotanist James A. Duke, Phd., in the October, 2007 issue of Alternative & Complementary Therapies, Duke found extensive evidence that turmeric can reduce inflammation and support brain and joint health.

He showed that turmeric appears to outperform many pharmaceuticals in its effects against several chronic, debilitating diseases, and does so with virtually no adverse side effects.

Drinkers of Golden Milk can also reap the benefits of ginger, a natural anti-inflammatory that can help relieve symptoms of arthritis, bursitis and other musculoskeletal ailments.

Additionally, Golden Milk is flavored by black pepper, whose sharp taste comes from the alkaloid piperine, which enhances the absorption and the anti-inflammatory effects of turmeric.

1. Take an inch-long stick of turmeric. Remember that turmeric powder is never as effective as crushed turmeric sticks, because the chances of contamination in the powder are high, plus its efficacy is also bound to reduce during the heat-generating grinding process.

So, take a stick of turmeric and crush it coarsely using a mortar and pestle.

2. Crush a few peppercorns too. The white variety is better.

3. Mix a cup of water with a cup of coconut milk, add the crushed turmeric, pepper and a 1-inch (by 1/2 inch diameter) piece of ginger and bring to a boil.

4. Simmer for 20 minutes. By this time, the milk will reduce to a cup. This is the reason why you begin with a mixture of milk and water; else you will end up with a very thick drink that won’t be as soothing.

5. Remove from the stove, filter, add a spoonful of honey and enjoy the drink warm.

6. If you are taking this to relieve a sore throat, add 1/2 teaspoon of ghee to the hot turmeric milk before drinking it. The ghee will melt and coat your throat, relieving you of cough as well.

Note: The most important part is to sit and relax with this cuppa for a few minutes, relishing its soothing flavour and rustic aroma! This will enhance the feel-good factor.