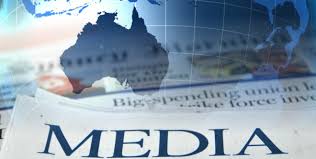 Australians continue to be poorly served by the mainstream media in the coverage of foreign affairs. In many cases it seems that the narrative is determined upon at an early stage. That is then maintained regardless of new evidence that may emerge, and even when it is repeatedly pointed out in the alternative media that the “official” version is biased or simply hopelessly wrong.

Foreign news coverage just in the past week illustrates the point. All of these stories have been around all year, but the preferred narrative remains constant. I use the ABC, SBS and Fairfax newspapers for the following illustrations.

Russian Interference in the US Election.

This story serves many goals. It is used primarily to cast doubt upon the validity of Trump’s presidency; and it also provides a useful stick to maintain the constant barrage of anti-Putin and anti-Russian propaganda. There is not a shred of evidence that Russia interfered in the US presidential elections.

Sundry breathless revelations turn out to be either non-existent, of miniscule impact (Facebook ads, mostly after the election), or creations of the Democratic Party, is in the bought and paid for (by the Democratic Party) ex-British spy Christopher Steele’s infamous dossier.

Completely under reported is the admitted $100 million the US spent trying to influence the last Russian presidential election, not to mention repeated attempts (sometimes successful) at regime change.

We now know that senior FB I official Peter Strzok in conjunction with his mistress FBI lawyer Lisa Page, and the FBI acting director Andrew McCabe actively conspired to promote Hillary Clinton’s campaign and to undermine Donald Trump. Part of this included ex-president Bill Clinton meeting with Obama’s attorney general Loretta Lynch just before the FB I announced that Hillary Clinton would not be prosecuted over the unauthorized use of tens of thousands of emails and their corresponding security breaches. This was before the investigation was even concluded. Such double standards are apparently not worthy of comment by our mainstream media.

It is correct that China is building military facilities on artificially created atolls, or “militarizing” the South China Sea as we are endlessly reminded. That Taiwan (which makes identical claims to rights in the South China Sea as does the PRC), the Philippines and Vietnam are doing exactly the same thing that China is accused of doing for nefarious purposes is similarly never mentioned.

China’s contribution to island building in the South China Sea as 8 out of 44 such constructions, but that also is missing from the mainstream narrative.

Nor is there any acknowledgement that China has cause to be concerned about the regular Australia-US military exercises such as Operation Talisman Sabre that practice, inter alia, blockading the Malacca Straits through which more than 80% of China’s oil imports pass.

We are told that the Americans are exercising their freedom of navigation rights to sail military vessels within the territorial waters of China’s islands, although no one can point to a single instance of that freedom being impaired. Neither can our mainstream media explain why it is that the loudest demands for rights of freedom of navigation under the UNCLOS should be made by a nation that that is not even a signatory.

That same nation would be unlikely to tolerate similar exercises by the PLAN were such exercises to be carried out for example, in the Gulf of Mexico.

As the Russian interference meme loses steam from its lack of evidence and increasingly obvious ulterior motives, we are now exposed to its ready-made substitute, China’s alleged influence peddling in Australian domestic politics.

The timing is not coincidental. On 14 December 2017 the Rothschild organ The Economist published a title story ‘How China’s “sharp power” is muting criticism abroad.’

The day before, on 13 December 2017 the influential US Council of Foreign Relations also published a piece entitled ‘Beijing’s Influence Sparks Regional Concerns’.  Sam Dastyari’s indiscreet actions were therefore a godsend to the embattled Malcolm Turnbull.  Amidst all the hyperbole from Turnbull, Bishop and Dutton the mainstream media completely ignored the real story, which was the blatant use of one or more of the intelligence agencies to use confidential information for political purposes.

Such soft power as it is exercised by China is no different from that exercised by other nations. Why then is there no analysis in the mainstream media of the relationship between the multiple visits made to Israel by our parliamentarians, and the extraordinary amount of political support extended to Israel by Australia, in the United Nations and elsewhere?  Turnbull and Bishop’s much loved “rule of law” does not include Israel and its daily breaches of UN Resolutions and the territorial integrity of neighbouring countries, let alone the appalling treatment of the Palestinians and the ongoing theft of their land.

There are numerous American groups both official and unofficial who offer scholarships, study visits, goodwill trips and other inducements. The benefits to the Americans of this largesse are readily ascertainable in parliamentary debate, newspaper editorials and a facile ‘joined at the hip’ foreign and defence policy.

Yet we never read criticism of this “influence” on our domestic and foreign policies.

According to the Department of Defence website the Australian government is operating in Syria in consultation with the government of that country. I made a Freedom of Information application for documentary evidence of such consultation. Within 24 hours I received a telephone call from the Department of Defence saying that the website was “in error” and had now been corrected as a result of my query.

When the aforesaid media outlets make rare references to even the fact that Australia is operating in Syrian air space (and probably also on the ground with unacknowledged special forces) it is always in the context of their being there as part of a “coalition.”

That this coalition is operating in Syria contrary to international law is never discussed. More than two years ago Julie Bishop made the claim that Australia was in Syria at the request of Iraq, pursuant to the collective self-defence provisions of article 51 of the UN Charter.

That claim and information about the true circumstances about how Australian forces came to be acting in Syria has been thoroughly documented in a number of alternative media outlets without a word of this evidence ever being printed or broadcast in the mainstream media.

The almost total destruction of Raqqa by aerial and artillery bombardment, the deaths of thousands of civilians and the displacement of hundreds of thousands is by contrast treated with kid gloves.  Loss of life is merely “regrettable” and really the fault of ISIS for being there.

Even when Australia takes part in aerial attacks upon Syrian soldiers it is described as a “mistake” and the mainstream media promptly lose interest.  As Tim Anderson has forensically dissected, it was not a “mistake” but part of a deliberate strategy of coalition support for ISIS (www.21stcenturywire.com 17 December 2017).  The now well documented role of ISIS and similar terrorist groups as part of the US’s geopolitical strategy is similarly ignored by the mainstream media.

The Americans are now claiming through Defence Secretary Mattis that they intend staying in Syria for an indefinite period. Again one has to wonder why this is not being reported in the mainstream media and editorially condemned?

The arrogant hubris of Mattis’ statement is extraordinary, but apparently being the “exceptional nation” exempts one from observing the rights of sovereign nations to decide who may or may not set up shop on the territory.

There are many other examples, including Crimea (“annexed” by Russia) and North Korea (invariably a “rogue state” that “poses a threat to the region”) Both politicians and mainstream journalists seem bereft of even minimal historical knowledge or insight. When did you last read in the mainstream that North Korea had more bombs dropped on it during the Korean War than the whole of World War 2?

Or that most of the targets were civilians and civilian infrastructure and that napalm was used to destroy crops and starve the people into submission? Or that General McArthur wanted to use nuclear bombs to not only destroy North Korea totally, but also China before it too became a threat to American hegemonic ambitions for North and East Asia?  Yet it is Mr Kim who is invariably described by Turnbull et al and faithfully parroted in the media as the “mad” or “dangerous” one.

Readers will undoubtedly have their own lists.

These are not trivial examples that have been referred to above. Each has the potential to start a nuclear war in which the survivors will envy the dead. Our mainstream media has a duty, one would argue, to try and minimize that unthinkable outcome. Our ability to do so depends in part on an impartial media fully informing its readers and listeners of relevant information in an unbiased manner.

Their failure to do so does a profound disservice to Australia. It also, I would suggest, poses a risk to our nation’s security and to our economic well-being. They are living in a fool’s Paradise if they believe that this demonization of important nations does not carry with it significant risks. There are many ways that China for example could choose to express their anger at the government’s mindless rhetoric. Warnings have already been given in the semi official Chinese media and we would ignore those warnings to our considerable cost.

*Barrister at Law and geopolitical analyst.  He may be contacted at joneill@qldbar.asn.au