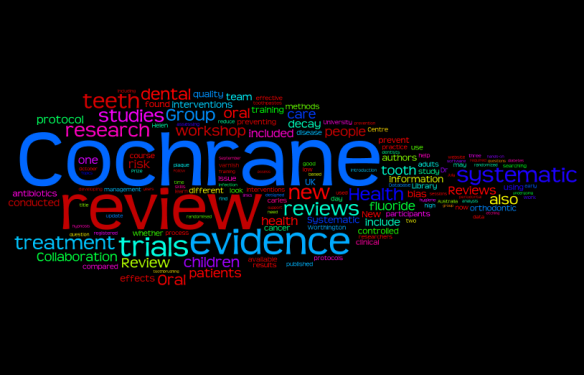 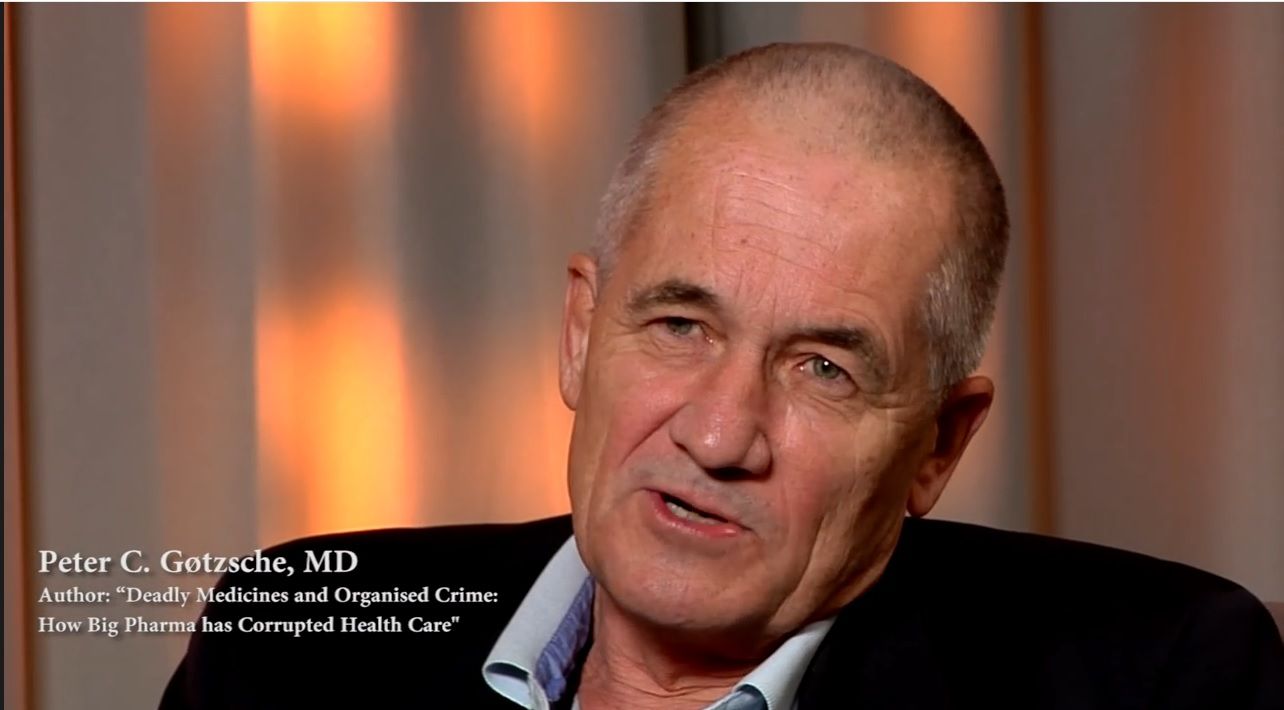 Dr. Peter Gøtzsche has become the first member to be expelled from the Cochrane Collaboration in 25 years.

Dr. Peter Gøtzsche recently sent out an email to the public explaining that he is the first person in 25 years to be expelled from the Cochrane Collaboration. He writes:

No clear reasoned justification has been given for my expulsion aside from accusing me of causing “disrepute” for the organization. This is the first time in 25 years that a member has been excluded from membership of Cochrane.

Four other board members have resigned from the Cochrane Collaboration as a result of this action.

Health Impact News has covered the work of Dr. Gøtzsche frequently over the years, as he is an outspoken critic of Big Pharma, referring to them as “organized crime.”

He is author of the book, Deadly Medicines and Organized Crime: How big pharma has corrupted healthcare.

The Cochrane Collaboration is considered to be the “gold standard” in scientific integrity, but they have come under fire recently for what appears to be biased reviews influenced by the pharmaceutical industry.

Earlier this year (2018), researchers from the Nordic Cochrane Centre published a critique in the British Medical Journal stating that the Cochrane’s review of the HPV vaccine “does not meet the standards for Cochrane reviews or the needs of the citizens or healthcare providers that consult Cochrane reviews to make ‘Informed decisions.’” See:

A moral governance crisis: the growing lack of democratic collaboration and scientific pluralism in Cochrane

I regret to inform you that I have been expelled from membership in the Cochrane Collaboration by the favourable vote of 6 of the 13 members of the Governing Board.

No clear reasoned justification has been given for my expulsion aside from accusing me of causing “disrepute” for the organization.

This is the first time in 25 years that a member has been excluded from membership of Cochrane.

This unprecedented action taken by a minority of the Governing Board is disproportionate and damaging to Cochrane, as well as to public health interests.

As a result of this decision, and a number of broader issues concerning the inadequate governance of Cochrane, in accordance with its principles and objectives, four other members of the Board have resigned.

As a result, the Cochrane Collaboration has entered an unchartered territory of crisis and lack of strategic direction. A recovery from this dire situation would call for the dissolution of the present board, new elections and a broad-based participatory debate about the future strategy and governance of the organization.

In just 24 hours the Cochrane Governing Board of thirteen members has lost five of its members, four of which are centre directors and key members of the organization in different countries.

Recently the central executive team of Cochrane has failed to activate adequate safeguards, not only technical ones (which are usually very good) to assure sufficient policies in the fields of epistemology, ethics and morality.

Transparency, open debate, criticism and expanded participation are tools that guarantee the reduction of uncertainty of reviews and improve the public perception of the democratic scientific process.

These are conditions and tools that cannot be eliminated, as has happened recently, without placing into serious doubt the rigorous scientific undertaking of Cochrane and eroding public confidence in Cochrane´s work.

My expulsion should be seen in this context.

There has also been a serious democratic deficit. The role of the Governing Board has been radically diminished under the intense guidance of the current central executive team and the Board has increasingly become a testimonial body that rubber-stamps highly finalized proposals with practically no ongoing in-put and exchange of views to formulate new policies. On dozens of issues the Board can only vote yes or no with very little opportunity to amend or modify the executive team´s proposals.

This growing top-down authoritarian culture and an increasingly commercial business model that have been manifested within the Cochrane leadership over the past few years threaten the scientific, moral and social objectives of the organization.

Many Cochrane centres have sustained negative pressure and a lack of productive dialogue with the CEO of the central office.

Upon alerting the Cochrane leadership of these worrisome tendencies that negatively affect the operability and social perception of our scientific work, the Nordic Cochrane Centre has received a number of threats to its existence and financing.

Many of the directors or other key staff of the oldest Cochrane centres in the world have conveyed their dissatisfaction with the senior central staff’s interactions with them.

While the declared aims of interactions with the central office is to improve the quality of our work, the heavy-handed approach of some of the central staff has sometimes created a negative environment for new scientific initiatives, open collaboration and academic freedom.

There has also been criticism in Cochrane concerning the over-promotion of favourable reviews and conflicts of interest and the biased nature of some scientific expert commentary used by the knowledge translation department of Cochrane.

At the same time, Cochrane has been giving less and less priority and importance to its civic and political commitment to promoting open access, open data, scientific transparency, avoiding conflicts of interest and, in general, not promoting a public interest innovation model.

I feel that these issues are intricately related to providing “better evidence” as the Cochrane motto professes.

Recently the Cochrane executive leadership has even refused to comment publicly on new health technology policies, open access policies and other key advocacy opportunities despite the fact that an auditing of Cochrane fulfilment of objectives has shown a total failure to comply with Cochrane advocacy objectives.

There is stronger and stronger resistance to say anything that could bother pharmaceutical industry interests. The excuse of lack of time and staff (around 50) is not credible.

There has also been great resistance and stalling on the part of the central executive team to improving Cochrane´s conflict of interest policy.

A year ago, I proposed that there should be no authors of Cochrane reviews to have financial conflicts of interests with companies related to the products considered in the reviews.

This proposal was supported by other members of the Board, but the proposal has not progressed at all.

The Cochrane executive leadership almost always uses the commercial terms of “brand”, “products” and “business” but almost never describes what is really a collaborative network with the values of sharing, independence and openness.

To the chagrin of many senior leaders in Cochrane, the word “Collaboration”, which is part of our registered charity name, was deleted from communications about Cochrane.

Nevertheless, it is precisely “collaboration” that is the key to what distinguished Cochrane from other scientific organisations where competition is at the forefront.

The collaborative aspect, social commitment, our independence from commercial interests and our mutual generosity are what people in Cochrane have always appreciated the most and have been our most cherished added-value.

Often it is forgotten that we are a scientific, grass-roots organisation whose survival depends entirely on unpaid contributions from tens of thousands of volunteers and substantial governmental support throughout the world.

We make a substantial contribution to people’s understanding and interpretation of scientific evidence on the benefits and harms of medical interventions, devices and procedures that impact the population.

Our work informs government legislation globally, it influences medical guidelines and drug approval agencies. Therefore, the integrity of the Cochrane Collaboration is paramount.

We pride ourselves on being global providers of “trusted evidence” on a foundation of values such as openness, transparency and collaboration.

However, in recent years Cochrane has significantly shifted more to a business – a profit-driven approach.

Even though it is a not-for-profit charity, our “brand” and “product” strategies are taking priority over getting out independent, ethical and socially responsible scientific results.

Despite our clear policies to the contrary, my centre, and others, have been confronted with attempts at scientific censorship, rather than the promotion of pluralistic, open scientific debate about the merits of concrete Cochrane reviews of the benefits and harms of health care interventions.

Because of this moral governance crisis of the Cochrane Collaboration, I decided to run for a seat on the Governing Board and was elected in early 2017, with the most votes of all 11 candidates. It was considered an achievement, especially since I was the only one who had questioned aspects of our leadership.

Regrettably today, I have been expelled because of my “behaviour”, while the hidden agenda of my expulsion is a clear strategy for a Cochrane that moves it further and further away from its original objectives and principles.

This is not a personal question. It is a highly political, scientific and moral issue about the future of Cochrane.

As most people know, much of my work is not very favourable to the financial interests of the pharmaceutical industry. Because of this Cochrane has faced pressure, criticism and complaints.

My expulsion is one of the results of these campaigns. What is at stake is the ability of producing credible and trustworthy medical evidence that our society values and needs.

3 thoughts on “The End of Scientific Integrity? Cochrane Collaboration Expels Critic of Big Pharma – 4 Other Board Members Resign”