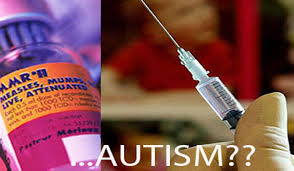 (NaturalNews) All too often those of us opposed to vaccines hear a simple, yet tired counterargument, “Well I had my shots as a kid and I’m fine.” The adults who make this claim don’t seem to realize the number of shots they received was far fewer than the number of shots on today’s vaccine schedule. And few of them follow the adult vaccine schedule.

In reality, the very well vaccinated are not a healthy bunch. They get sick regularly. This is particularly evident for those who get regular flu shots.

Big Pharma purports to have all the answers, except of course, what is causing all of these childhood illnesses. Rising rates of autism and other chronic illnesses are said to be a complete mystery (if you wish to be demystified simply read a vaccine warning insert). Despite their supposed cluelessness about our sudden epidemics of chronic illness, both the pharmaceutical companies and the government claim to “know” that “vaccines are safe and effective”. SIDS, asthma, ADHD, ADD, and autism are all considered to be mysterious diseases with an unknown or a genetic cause. This may sound good, but genetic epidemics are not possible, and there are few environmental toxins that could have such a widespread impact on children of all 50 states, at the same time. The most likely environmental toxins that could have spread to all American children simultaneously are toxins from food and vaccines. We at OLM side with the growing number of scientists who think that vaccines, pesticides, and GMOs are the main causes of our childhood illnesses, with vaccines as the primary cause of our nation’s rapidly declining health.

Below is look at earlier vaccine schedules compared to the current vaccine schedule “recommended” by the CDC. CDC vaccine recommendations are becoming mandatory across the U.S.

A Historical Look at the Vaccine Schedule

As the number of scheduled vaccines has risen, so have the rates of now common childhood diseases including ADD/ADHD, SIDS, and asthma. Before the 1970s, ADD and ADHD were not even prevalent enough for a diagnosis to exist in the DSM. The first related diagnosis came out in the DSM-II as “Hyperkinetic Reaction of Childhood”. This was later changed to “ADD with or without hyperactivity” in the DSM-III in the 1980s. It was further clarified in later editions. The number of children (and adults) that have been prescribed ADD/ADHD drugs has skyrocketed over the past few decades. And asthma rates have also experienced a sharp rise over the years.

According to Harris Coulter, a medical historian and scientist, SIDS (Sudden Infant Death Syndrome) was not reported in the statistics before the rise of mass vaccinations because of its rarity. As vaccination rates have risen, so have SIDS rates. When Japan put a moratorium on all vaccinations before the age of two, their SIDS rate plummeted to almost nothing. Although they are every bit as scientifically adept as we are and highly technologically advanced, their schedule has less than half the recommended vaccinations as the United States schedule.

Just as not everyone can eat the same foods, not everyone can tolerate the same medications. It is incredibly naive to think that just because your child survived vaccines without severe injury, that no harm was done. As more and more vaccines are added to the schedule, the painful reality is becoming clear. Health does not need to be treated as a disease. How many more must die or become disabled by this practice before we wake up and realize what is happening? Check out How to Detox From Vaccines (adults and children), and to learn more about the MMR vaccine, click here. If you’re interested to hear what many scientists and doctors have to say, check out the first two sources below.