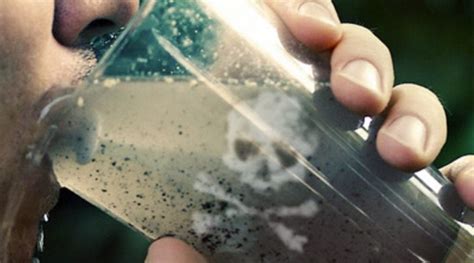 The Great Culling of the human race already has begun. Covertly, insidiously, mercilessly, a global depopulation agenda has been launched. As this plays out, the vast majority of the human race will be removed from the gene pool. Genetically annihilated. Will you and your genetic lineage survive? It is being done through chemicals, poisons, and GMOs added to our drinking water, food, medicines, vaccines, and the air we breathe; these same chemicals, poisons, & GMOs have the known effect of reducing fertility and shortening lifespans. This documentary is the first of a three-part series. It shows how additives to our drinking water, such as fluoride, supposedly to combat tooth decay, and chlorine, supposedly to combat waterborne parasites & bacteria, in reality are covert doses of death. It also shows how you can protect yourself and your family. Film-makers Paul Wittenberger (What In The World Are They Spraying?) and Chris Maple explore WHAT are the real threats to your life, your offspring and your genetic integrity?

This video is in 360P; you can watch or download it in 480P SD or 720P HD as an alternative.
https://documentaryheaven.com/the-great-culling-our-water/

“The 5 rules to AWAKENING: Rule #1 – Everything you were ever taught is a lie by design; Rule #2 – governments lie 100% of the time, they always have, and they always will; Rule #3 – the Illuminati controlled mainstream media is not reality, but rather is lies, disinformation, half-truths, and fake events carried out by gov/media hired crisis actors (aka role players); Rule #4 – Spirituality and Reincarnation are reality, whereas religions are simply government crowd control measures; and Rule #5 – this plane(t) called earth is a flat, motionless plane, it is not a spinning ball hurling through outer space. Furthermore, the 4 Sources of Disinformation that are ALWAYS FAKE: government, mainstream media news, matrix sciences, and religions.” — Sergeant Major