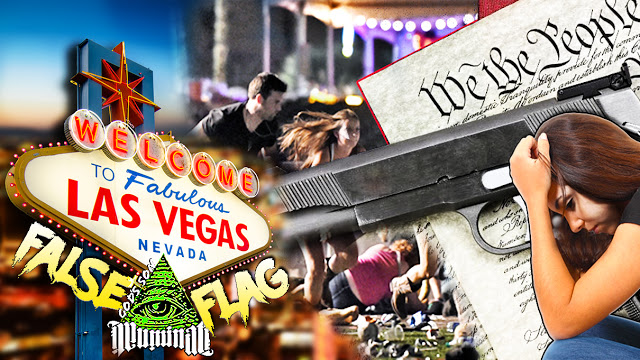 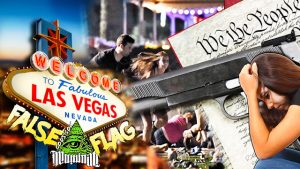 *Yes, I have had computer problems over the last few days… It is only today that I have a stable system to work with and able to resume my posts at this blog…. Thanks for everyone’s patience!

It has now been over 3 weeks since the Las Vegas false flag operation, and as I have predicted most of the American people with their piss poor attention spans have now basically forgotten about this attack on their freedoms by their own government….. It will however bite most of them in their asses when the US government pushes forward with their “Liberty USA Act” and basically turns the entire country into one huge surveillance state!

We in the real truth movement have from the beginning seen this Las Vegas incident for what it truly is, and are not fooled… I have been keeping tabs on what has happened since the October 1st fiasco with new updates, and I have a few to present to my readers right here in this article…

First, I want to present the newest video from “American Everyman” Scott Creighton, through my fellow researcher, Jody, over at “What They Don’t Tell You” (www.jpaulson.blogspot.com) for everyone to see here for themselves:

Next, I came across a most interesting new update just the other day on the patsy for the entire Las Vegas fraud, Stephen Paddock…. Apparently his brother, Bruce Paddock, has suddenly been “charged with possession of child pornography” by the FBI who just happen to now, some three weeks after the Las Vegas incident, came across it from examining his laptop that was seized from his residence…Here is the link to that report for all to see here:

OK, THIS sudden “finding” of child pornography on Bruce Paddock’s computer is obviously a set up by the FBI…. And they are obviously now trying to destroy Bruce because he is not “playing hardball” with the “official reports” that are still trying to nail his now (supposedly) dead brother Stephen as the “lone gunman nut job” for the entire Las Vegas fiasco….

It is so obvious that this “child pornography” that suddenly and mysteriously has shown up on Bruce Paddock’s computer was “planted” there… It is so easily done in this day and age considering how much the criminal CIA and FBI (Mossad as well..) have back door access onto everyone’s computers through encryption via Windows programming!

Yes, it is sad to see now how LOW the US government is going to force their “official story” of the Las Vegas incident onto the American people… And everyone that stands for the truth and sees the fraud in its entirety is a target for these maniacs…. We have already seen several key witnesses, including some actual concert attendees, now suddenly disappear or conveniently found dead!   Yes how low will they go indeed…

Now for another goodie for everyone to look at… And it has to do with the fraud “hero” of the entire “shooting”, the laughable Jesus Campo who was according to “official reports” shot “in the leg” when Stephen Paddock “apparently” fired “200 shots” into the 32nd floor hallway (I still cannot believe that anyone swallows this bullshit as real!)…. Apparently, according to the following article link, this Jesus Campo apparently left the US barely days after the Las Vegas fraud shooting, only to return from Mexico back into the US driving a rental car with California plates at a California border crossing barely a week after the shooting took place (?)  Here is the link to an article explaining this most strange situation:

So let me get this straight… The key “eyewitness” to the “shooting lair” on the 32nd floor of Mandalay Bay resort, this “Jesus Campos” is suddenly allowed to leave the US just a few days after he was “shot in the leg”and was able to in fact drive right across the US border into Mexico and then returns a week later to the US at a crossing in California?   Does anyone else with any common sense see a problem with this???   I need not even ask HOW if this ‘victim’ was shot in the leg was able to not only make a miraculous recovery but was able to either drive or be able to fly barely a week after the event???

Again, everyone should be asking the million dollar question as to WHY the US government would want their “key witness” to the entire operation allowed to leave the country within a few days of the “largest mass shooting in US history”?

Yes, this Las Vegas mass shooting has fallen to pieces and presently the US government and the real perpetrators of this crime are trying to cover their tracks and to destroy anyone that defies their “official story”….. It is therefore up to all of us in the real truth movement to get the real facts out and to make sure that everyone sees the Las Vegas operation for the false flag attack it truly was…