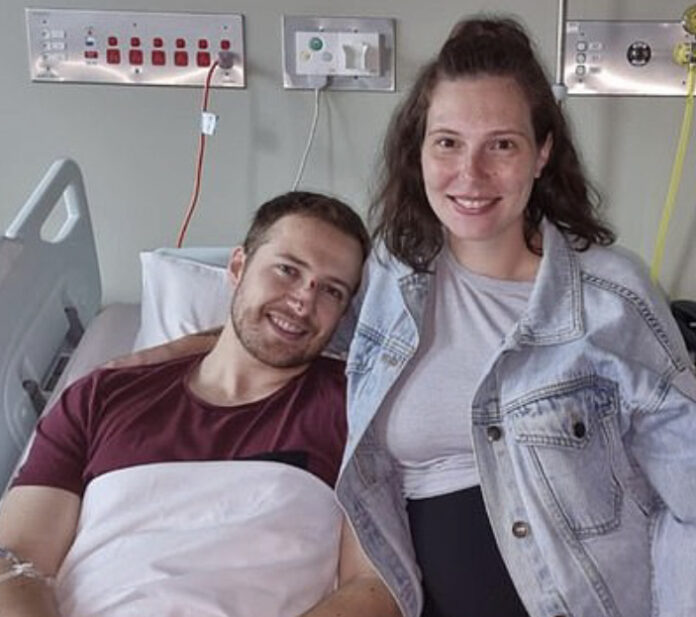 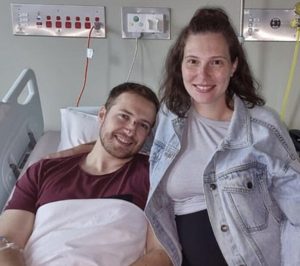 Yeah, it doesn’t make any sense to me or anyone with half a brain either.

And thus, we merely begin to scratch the surface of a colossal load of bullshit that is the latest Australian false flag effort, this time to follow up on the confiscation of guns as well as demonising those people who refused to take the government mandated poison vaxx, demonising religious people, and demonising preppers. It’s got it all, kiddies. The quadrufecta of labels to end all labels.

This is the photo of one of the surviving officers in hospital after the shoot out. Keep in mind that this guy apparently survived being shot in the leg in a hail of bullets, had the surrounding grass set fire around him in order to flush him out, and two of his colleagues killed on the spot. Does that look like the face of someone who literally Hitler went through all of that trauma only yesterday? 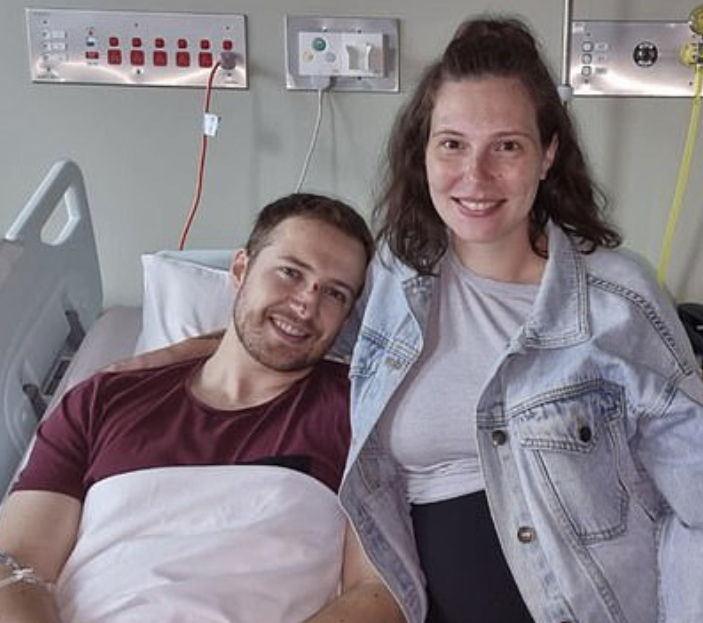 Doesn’t really seem legit to me. Someone who had really been through that sort of high stakes life or death situation wouldn’t be sitting up in bed the next day grinning like a retarded monkey.

It turns out that two of the apparent shooters were school principles. One of them, Nathanial Train, had sent 16 emails to the department of education concerning the issue of teachers assisting students on the regional NAPLAN tests. 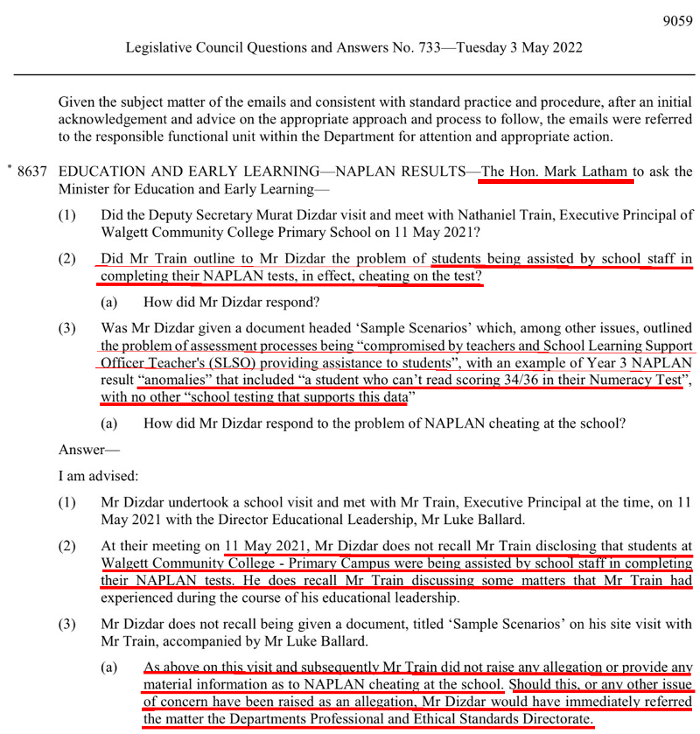 But I’m sure that this doesn’t have anything to do with what went down on their private property yesterday.

The Australian media across the board has gone all in on making the three of them out to be lunatic conspiracy theorists who suddenly for no apparent reason at all went collectively batshit crazy when four off duty police officers just happened to stop by for a cosy afternoon chat. Oh, and they also apparently shot in the back a neighbor who wandered over to see what all the fuss was about.

The people who put together the Port Arthur massacre must be sitting back wincing at the extreme level of amateurism shown by those attempting the latest false flag to hit Australian shores. The real question is whether the Australian public are still gullible enough to swallow it. Methinks yes, but the numbers will be a lot lower than the last effort.