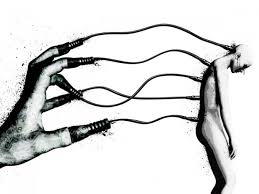 It must be the only way in Australia to get credibility as a politician. It seems that none of them ever question the fact that all vaccines are not 100% safe. Vaccines and every other medical procedure will never be. This is a scientific fact. Due to no patient or person ever being the same, the side effects and adverse reactions can be vastly different from one person to the other.

This brings us to the newest member of the Victorian Government to come out and start spreading the pharmaceutical jargon. James Merlino. Victorian Minister of Education and acting Premier at the time of the following quote.

“The scientific evidence is crystal clear – vaccines are safe and there is simply no excuse for not immunizing your child.”

This is a big call for someone with no actual real scientific or medical background. He studied political science. just like Victorian Health Minister Jill Hennessy he is making claims about things he doesn’t know anything about. I would like to see a real medical doctor or even better a professor to stand up and make this statement. They would be seriously jeopardizing their careers if they stated there was no risk in vaccinating your children. Legally no means no. 100%. No room for a few casualties for the “greater good”,

We know that when the media does have to report on vaccine injury. Like last week on the Ben Hammond case. They use words like “freak reaction” and “1 in a million”. They make it sound like there is no chance at all. You have to be very unlucky. But is this really true? Even if the chance is 1 in a million to get a severe adverse reaction this is still a very real risk. Let’s have a look at these numbers and see what the real story is.

According to the TGA website 2516 events were reported in 2015 that were being linked to “adverse events following immunization”. This number is low as it widely regarded as an underreported number. Even so it is about 11 times higher then 1 in a million. But for our story we will keep to the 1 in a million.

Let’s say that 25% of the Australian population is under 5. It is slightly higher than that. If we take the full population of 23 million people that would be around 5.75 million children under 5. Now we are around 90% vaccinations rate in Australia so that is 5 million ( rounded down). These 5 million kids get 44 doses between 0 and 5 years of age.That is 220 million doses. So that would mean 220 severely maimed children. Even if you say this is over a 5 year period it means that all over Australia 40 to 50 children a year are getting severely damaged by vaccines. And this is taking the government numbers and we rounded everything else down. We can easily conclude that the numbers are higher.

The government’s own numbers, which are way too low, conclude that 40 to 50 children every year get severely damaged by vaccines. Where are these children? Where is the compensation for these children? Why are these stories not in the media? And why are we being told there is NO RISK?!

Severe adverse reactions are not something that an acting premier or health minister can be relaxed about. These are severe and life changing events if this happens in your family. The vaccine inserts list conditions like seizures, epilepsy, allergies, asthma, and severe allergic reactions which could lead to death. This is not the end of the list because some vaccines list conditi

Is it fair to say that these politicians like Victorian premier Daniel Andrews, federal health Minister Ley, Victorian health minister Hennessy and acting Victorian premier Merlino are all way out of line stating that vaccinations are safe? They are obviously stating something that is proven wrong. They are talking about vaccines as safe while they could be deadly and life-changing.And let’s not fool ourselves. Politicians with an opposing view are very hard to find.

How can it be that these false and misleading statements are being made by politicians without any scientific or medical background? How is it that the media just regurgitates these statements without questioning the narrative? Isn’t that the main purpose of independent and good journalism? Obviously, in Australia, the media and politicians have the same people to answer too. Otherwise, we would see some more unbias and independent reporting on this matter.

I won’t hold my breath, though. The media is ruled by Murdoch’s Newscorp. And we all know that he has a vast interest in pharmaceutical companies and the profits of vaccines. Do you really think him and his cronies care about the peasants and their children when billions and even trillions are at stake?

We know the politicians don’t. We know that Victorian health Minister Hennessy doesn’t care about these 40 to 50 children every year. She is refusing to talk to anyone about the possibility that their kids might have been vaccin

e damaged. Even though, scientifically speaking, the chances are very, very real. It is time we start holding these politicians to account. They are spreading dangerous misinformation. They say they are doing this for the public health and the greater good, but is this really something we want to allow.

Australia is no longer the lucky country. And if we want to make Australia lucky again we need to start standing up against these lies. Against the narrative of “the greater good” and we need to understand that we are being lied to by the people that should be there to do what is in our best interests.