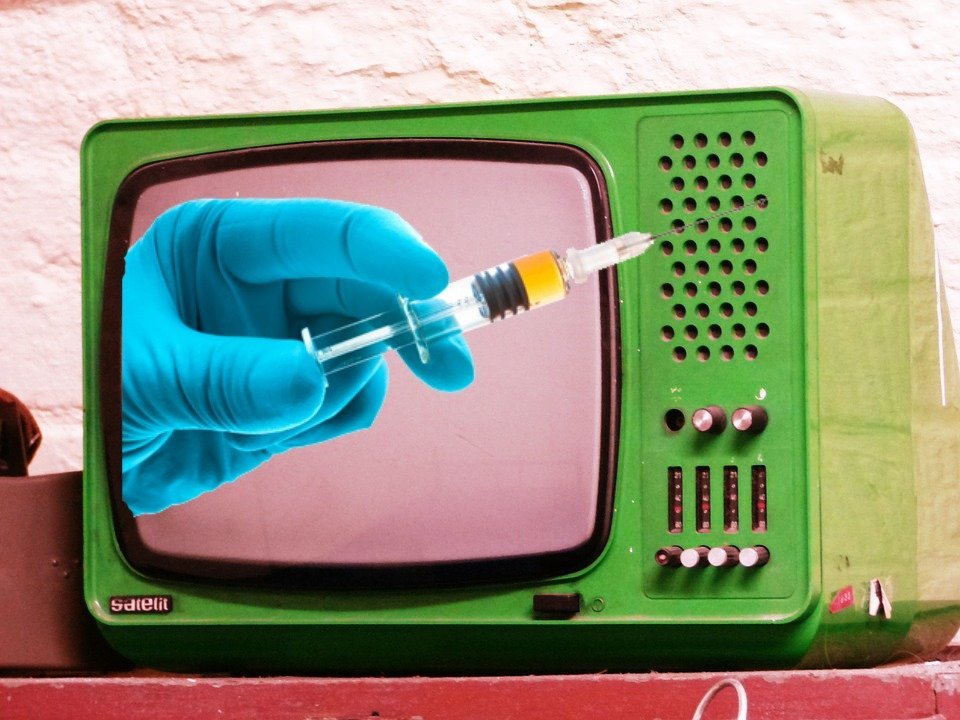 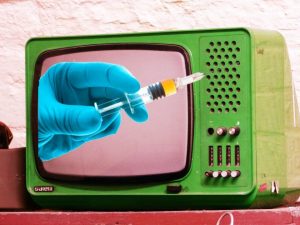 There is an elite movement underway to install universal shots for everyone, and the voices of major media are relentless and brutal in demanding this, while attacking those who know something is terribly wrong and harmful in the program.

The media are voices of, yes, anti-science. They do what they do best—fake it. On a grand scale. They are the lunatics, leading generations to their toxic doom. They are urging humankind over a cliff. They are the Final Solution to health—as in: destroying it.

Take the issue of expanding the number of shots given in a short period of time. NO proper studies have been done to assess the safety/danger of injecting children and adults with multiple toxins, such as aluminum, mercury, and formaldehyde.

Any reasonable human would insist that such studies be done, prior to increasing the toxic load on the body.

The media conveniently overlook and ignore this obvious necessity. At what point does their blindness pass from being depraved indifference to active participation in a universal crime? We are long past that point.

And still, the media pretend they are “the friends of humanity.” That attitude has always been the tactic of tyrants. “Take this poison. It is life-affirming and life-giving.”

That pose is sufficient to warrant a mandate: overthrow mainstream news. Expose it, gut it, shine a light on its liars and fakers. Don’t let up. Don’t give up.

Media leaders and apparatchiks have sold their souls to the vaccine cartel. They are the faceless bureaucrats of a death machine. Recognize them for who they are. Depict them for who they are. Men and women with blood on their hands. No amount of posturing and primping and claims of authority will change that.

The media say—“experts at the Centers for Disease Control and the World Health Organization assure us…” More posturing. The experts are trained liars. They are no more qualified to offer advice than monkeys living in trees.

You could say the entire explosion of independent media is based on one insight: why should we believe the so-called experts? From that flow thousands of discoveries.

In my 35 years of working as a reporter, I’ve seen the faces of mainstream journalists who have left the fold. I’ve seen those ugly and self-entitled faces riven with decay come back to life. I’ve seen the deep guilt and grief lift in a new dawn.

I’ve seen those men and women pick up the sword of truth, finally, and turn into heralds of a new era. You want magic? This is magic. This is the turning of the tide.

—No longer playing defense. Instead, going on the attack—

For several of these reporters, the turning point was the 14-year smallpox eradication campaign waged in Africa, with a highly dangerous and destructive vaccine even “the experts” were nervous about.

The reporters also knew that, after the World Health Organization celebrated the eradication of smallpox in Africa, the searing truth came out in a secret meeting in Geneva. The vaccine must never be used again. It was causing smallpox.

One reporter told me, “There was no coming back from that. Once I found out what happened, I had to get out of the news business.”

Some years ago, a reporter told me no amount of “negative information” would ever convince him to stop defending vaccination.

I wrote to him: “Someday, up the line, it’s going to hit you like a ton of bricks. You’re going to listen to the people who really know—the mothers who watch their health happy babies fold up and leave the world after getting a shot. You’re going to experience something you never thought possible. And yet, in contrast to the mothers, it will be nothing. You’ll feel like a fish yanked out of the water and forced to breathe air. One thing will save you. The truth. Pick it up. Use it…”

3 thoughts on “The mandate to overthrow mainstream news”