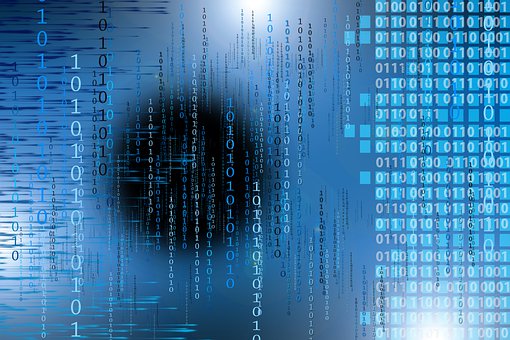 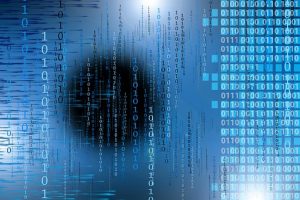 “In the midst of the shift towards a digital currency, the growing rise of cancel culture, and the threat of the social credit system being a reality in the west – what protections do our personal and corporate information have on these Government platforms?”

There is no doubt about it… The world is going digital… and so is how we do business!

The Government of Australia has set up the new MyGovID and the Australian Business Registry Services websites as new platforms for the digitisation of all business dealing henceforth.

In fact, if you have not registered for a Director Digital ID with the Australian Business Registry Services by the 14th of December 2022 you may be facing a $1.1m fine. Seriously.

Find my interviews with Rowan Dean’s program on Sky News here, as well as the Executive PA Media here.

Recent amendments to the Treasury Laws Amendment (Registries Modernisation and Other Measures) Act 2020 (Cth) and the Corporations Act 2001 (Cth) require all company directors, or anyone intending to become a director, to obtain a Director Identification Number (DIN), or Director ID.

Section 1272C of the Corporations Act 2001 (Cth) deals with the requirement to have a director identification number and carries a very hefty penalty of $1.1 million for those who do not register before the 30th of November 2022.

The same penalties apply for the failure to apply for a Director ID when directed by the Registrar (s1272D); for applying for multiple Director IDs (s 1272G); and for misrepresenting your Director ID (s1272H).

So, who does this new regulation apply to? All Government listed ‘Directors’.

Section 9 of the Corporations Act 2001 (Cth) defines ‘director’ as: “a person appointed to that position”. Don’t get me wrong: if your work title is a ‘Director’ in a Government Department – this does not qualify you for the requirements of this new law.

You are required to upload all of your personal identification, as well as your corporate information onto the MyGovID and the ABRS new Government platforms.

All of your personal and corporate data – in the one place.

Does this centralisation of data and power leave our personal and corporate information vulnerable to hackers, to fraud and even to international interference?

The 15-digit Director ID number starts with the Australian area code: 036, and is international.

This digital shift towards doing business is another indication that there is an international push towards digital currency, digital transactions and a holistically digital existence.

But, my question is: what advantages, and what protections does this new amendment in the Corporations Act provide the corporate world?

Well, it may benefit us to be interconnected to digital ways of transacting with the world, and I can see that, part of the intention is to remove the administrative burden on businesses and create more transparency and for the government to monitor fraud more closely.

But, for a large part of it, how does this benefit corner store owners mum and dad who just want to make a living and get by?

According to ASIC, there were about 3 million Companies registered in Australia in 2021, about 60,000 listed charities, and there are currently 1.1 million members with self-managed superfunds listed, with a total revenue of $822 BN in superannuation. Now, THAT: is significant.

Given that all of those mums and dads with self-managed superfunds are required to upload all of their personal and financial data on these new government platforms, what is the reassurance that their data will be kept safe and confidential?

Well, very little – if any at all.

In fact, the Privacy Act 1988 (Cth) does not appear to afford any specific protections for such digital data. I am not aware of any other legislation that covers digital privacy to this extent.

In addition to this, the Registrar of the ABRS, who is also the Commissioner of Taxation has expressed that the accessibility of the Director Digital ID is, for now, accessible by only the Courts, Tribunals and Government Departments, but that this matter will be going to consultation in the near future.

The Government’s current position is not to disclose the Director Digital IDs, but your Director ID may be accessible by the public into the future.

So, your Director Digital ID may be made internationally public very soon.

What do you say about that?

Are you comfortable with this arrangement?

Given that this legislation affects at least 5 million Australians and their families, this is significant enough to raise without our local Federal Members of Parliament.

I also question the lack of consultation by parliament to the business community on these amendments.

According to the Federal Parliamentary website, the amendment to the Corporations Act 2001 (Cth) came into effect in 2019, and the decision to apply this law came via regulation through the Registrar for the 1st of December 2021, with the deadline for registration listed as 30th of November 2022.

It is also clear that the Australian Government has been considering the digitisation of the way we live and do business since 2015, with One Nation and the United Australia Party vocally standing against this push in the recent Federal Election (May 2022).

According to the Federal Parliamentary website: “The Digital ID system was initiated by the Coalition Government in 2015 as a ‘safe, secure and convenient way to prove who you are every time you access government online services … entirely voluntary and controlled by you’.

In October 2021 an exposure draft of a Trusted Digital Identity Bill 2021 was circulated, but the Bill was not introduced before Parliament was prorogued in April 2022. The Coalition’s 2022 election commitments included ‘expansion of the Digital Identity system’, but the Australian Labor Party did not announce a position on the System. However, in a Senate Committee report published in September 2020, Labor senators’ dissenting report indicated that they supported the System but argued for improvements. While it is likely that the System will be progressed during the 47th Parliament, many variables will depend on how the incoming Labor Government responds to criticisms of the System.”

Not many have heard of this legislation until now – at the last hour. Why is that?

Particularly given the nature of such large fines looming for non-compliance to the corporate sector.

The Australian business community deserved to know about this amendment years ago, and they deserved the respect of parliamentary due process, in the form of a public consultation.

My question is: in the midst of the shift towards a digital currency, the growing rise of cancel culture, and the threat of the social credit system being a reality in the west – what protections do our personal and corporate information have on these Government platforms?

I was the first in Australia in March 2020 to raise the concern of the creeping ideology of Communism during COVID with an article titled: “Are our Fears of Coronavirus Undermining our Freedoms?”, and I was the first to run public legal lectures on this matter, and lobby the government. Education and awareness is important – but, so is action.

In the midst of standing against mandate laws at rallies, to government and as a lobbyist, and representing people at the Fair Work Commission for being unfairly dismissed over the last few years I can tell you first-hand, that, although it has been a confronting season for many, the amendments to the Corporations Act are more intrusive than anything we have seen with the mandate laws.

Mandate laws come and go under emergency powers – but this is permanent.

What will stop institutions from blatant discrimination against those they disagree with?

If you still have not registered for the Director Digital ID, you can apply over the phone, through a paper application, or apply for an extension of time to register for your Director ID with the ABRS.

If these matters concern you deeply, ensure you lobby the ABRS Registrar.

If these amendments make you feel deeply uncomfortable, consider alternatives.

I encourage you to voice your concerns to the Registrar- to ensure we uphold the principles of the rule of law, and the separation of powers within the Executive Branch by filling out the lobby letter template accessible to you free of charge on my website: www.andreaconsults.org