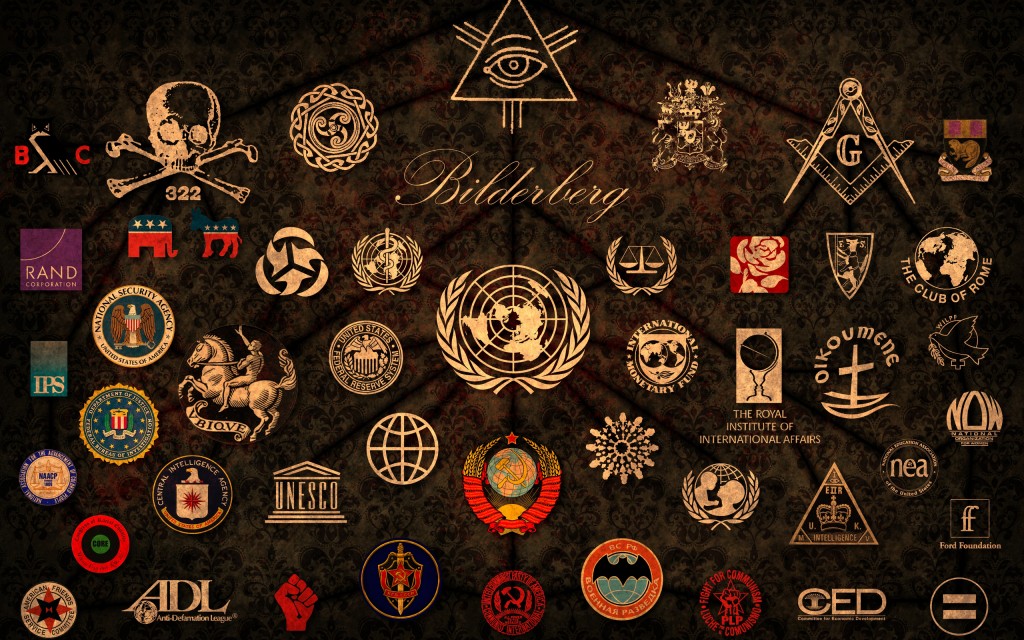 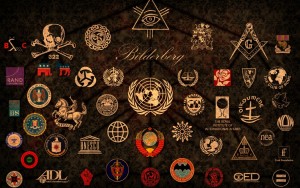 All hands on deck for global, economic, corporate dictatorship.

“The so-called ‘migration’ of populations into Europe and America is no accident. It’s part and parcel of a Trilateral Commission plan to introduce a high degree of chaos—which of course will require a militarized police response, to ‘restore order’ and remove huge chunks of freedom in the process. All significant US policy decisions are initiated by Trilateral members working inside and outside of government.” (The Underground, Jon Rappoport)

There are dots to connect here. They’re real, and they’re spectacular.

Let me begin with a brief exchange from a 1978 interview, conducted by reporter Jeremiah Novak. He was speaking with two American members of the Trilateral Commission (TC), a group founded in 1973 by David Rockefeller and his intellectual flunkey, Zbigniew Brzezinski.

NOVAK: Yes, but why doesn’t President Carter come out with it and tell the American people that [US] economic and political power is being coordinated by a [Trilateral Commission] committee made up of Henry Owen and six others? After all, if [US] policy is being made on a multinational level, the people should know.

RICHARD COOPER [Trilateral Commission member]: President Carter and Secretary of State Vance have constantly alluded to this in their speeches.

This through-the-looking-glass moment summed up the casual arrogance of Trilateral members: of course US government policy was in the hands of Trilateralists; what else would you expect?

US government policy most certainly covers the area of international trade—and Cooper and Kaiser were foreshadowing blockbuster trade treaties to come: e.g., NAFTA, GATT (which established the World Trade Organization), CAFTA, and now, the Trans-Pacific Partnership (TPP), which is being negotiated in secret among 12 nations responsible for a major amount of world trade and world GDP.

Here are two key Trilateral quotes that reflect this global outlook—by which I mean a world dominated by mega-corporations:

The nation state as a fundamental unit of man’s organized life has ceased to be the principal creative force: International banks and multinational corporations are acting and planning in terms that are far in advance of the political concepts of the nation-state. — Zbigniew Brzezinski, 1969.

Brzezinski was Obama’s foreign policy mentor after Obama won the Presidency in 2008.

Any doubt on the question of Trilateral Commission goals is answered by David Rockefeller himself, the founder of the TC, in his Memoirs (2003):

Some even believe we are part of a secret cabal working against the best interests of the United States, characterizing my family and me as ‘internationalists’ and of conspiring with others around the world to build a more integrated global political and economic structure—one world, if you will. If that is the charge, I stand guilty, and I am proud of it.

Here is the payoff. The current US Trade Representative (appointed by Obama in 2013), who is responsible for negotiating the TPP with 11 other nations, is Michael Froman, a former member of the Trilateral Commission. Don’t let the word “former” fool you. TC members resign when they take positions in the Executive Branch of government. And when they serve in vital positions, such as US Trade Representative, they aren’t there by accident. They’re TC operatives with a specific agenda.

The TPP IS a major item on the Trilateral to-do list. Make no mistake about it.

Let’s move along to Monsanto, one of those mega-corporations the Trilateralists fervently favor.

From 2001 to 2008, a man named Islam Siddiqui was a staunch US lobbyist for, and vice president of, CropLife America. Siddiqui represented Monsanto, BASF, Bayer, Dow, DuPont, Syngenta—the biggest and most aggressive biotech GMO corporations in the world.

On October 21, 2011, Siddiqui’s new appointment (by Obama) was confirmed. He became the federal government’s Chief Agricultural Negotiator, and served in that position until he resigned on December 12, 2013. During his tenure, Siddiqui, Monsanto’s man, was up to his ears in negotiating the TPP.

On April 22, 2009, Siddiqui had addressed the press in a US State Dept. briefing disingenuously titled “Green Revolution”:

What we need now in the 21st century is another revolution… you would not do it just by conventional breeding. You need to have use of 21st century technologies, including biotechnology, genetic [GMO] technology… And these molecules, which are being used (inaudible), they are state-of-the-art technologies, using molecular biology. Especially in chemicals [pesticides], they have less harsh footprint on the environment, they are more green, in terms of the adverse effects and ecological effects. They are also tested more thoroughly.

Siddiqui is a disinformation pro. For example, the most widely used pesticide in the world, deployed in conjunction with Monsanto’s GMO crops, was tested so “thoroughly” for safety that it is now declared a probable carcinogen by the World Health Organization. You may have heard of it: Roundup.

Siddiqui’s tenure negotiating US interests in the TPP surely favored big biotech, and all the companies who make their living selling GMO crop-seeds and pesticides.

The predicted outcome of the TPP vis-à-vis GMOs? It’s obvious. Nations who resist the importation of GMO food crops will be sued, in private tribunals, for interfering with “free trade.”

This is the future writ large, unless the TPP is derailed.

Consider the local movement in Hawaii’s Maui County, where in the last election, citizens voted to block long-standing Monsanto/Dow experimentation with GMOs and their attendant pesticides, until an independent investigation could assess the health effects of those reckless open-air activities.

Monsanto immediately sued to suspend the force of the vote, successfully obtained an injunction, and the case has been hung up in federal court ever since.

Under the TPP, all successful local community actions against GMOs and their pesticides, anywhere in the 12-member countries, would be viewed per se as obstructions to free trade; and instead of engaging in a public and messy court battle, corporations could simply sue (or threaten to sue) the offending member country in a private tribunal, automatically defeat the local communities, and win a cash judgment.

Attempts to label GMOs, and previous laws allowing labeling in various countries, could be arbitrarily canceled.

Consider the recent astounding action of US Trade Representatives in Europe. Using yet another disastrous trade treaty under negotiation, the TTIP (Transatlantic Trade and Investment Partnership), US Trade Reps pressured the European Union (EU) to modify its stance on pesticides.

Note: this repressive and criminal action didn’t even involve a treaty that had been ratified. The pressure was all about the so-called positive economic impact the TTIP would have, when passed, for Europe. And in the face of that money benefit, and the threat of its removal (by ditching the TTIP negotiations), who would dare curb the import and use of chemicals that achieve something as “minor” as disrupting human endocrine systems and causing male infertility and cancer?

This is the sort of judgment we can look forward to, if and when the TTP and the TTIP are ratified.

Recently, US Senator Jeff Sessions broke the code of silence on what is in the forbidden-to-be-disclosed TPP Treaty. His most pungent revelation concerned “living agreements.” Thus giving new meaning to the term bait-and-switch.

Living agreements are arbitrary changes that can be made to the treaty, by Presidential fiat, without consulting Congress, after the treaty has been ratified.

That’s right. In other words, the treaty is the treaty until it isn’t, until it’s something more, something different, something worse, something that empowers mega-corporations to a greater degree than previously negotiated.

Barbara Chicherio offers a powerful clue about what’s to come if the TPP is ratified (“Trans-Pacific Partnership and Monsanto,” occupy-monsanto.com):

Trade agreements have a history of displacing small farmers and destroying local food economies. Ten years following the passage of NAFTA (North American Free Trade Agreement) 1.5 million Mexican farmers became bankrupt because they could not compete with the highly subsidized US corn entering the Mexican market.

In the same 10 years Mexico went from a country virtually producing all of its own corn to a country that now imports at least half of this food staple. Mexican consumers are now paying higher prices for Monsanto’s GMO corn.

It isn’t just GMOs. Suppose a US pharmaceutical company decides to export a new drug to Japan or Australia or Canada, all members of the TPP. And suppose the drug is highly toxic. And suppose the governments of those nations object. The US company could sue, win a huge $$ judgment, and force the export to go through anyway.

This is an oligarchic dictatorship of corporations on a global scale. Along with a purposeful dumb-show, played out by government officials: “I don’t even know much about what’s in the trade treaty. And if I did, I couldn’t tell you.” So far, Senator Sessions is the only exception.

Those people who still believe that One World United, delivered to us by the powers-that-be, will lead to a better life for all, need to put that fairy tale away and see the underlying framework and the underlying betrayal.

The Globalist/Trilateral Community aims to destroy the rights and power of all communities, and ultimately, destroy all people who still have a grip on the word freedom.

This is the grinning nightmare descending in the long night, professing to help us all, claiming to know the details of better living through chemistry, asserting that trade treaties couldn’t harm a flea…and television news assures us that, at worst, this is just another he-said he-said debate, nothing to worry about, be happy, march forward, eyes closed, mouths shut, mind quiet.