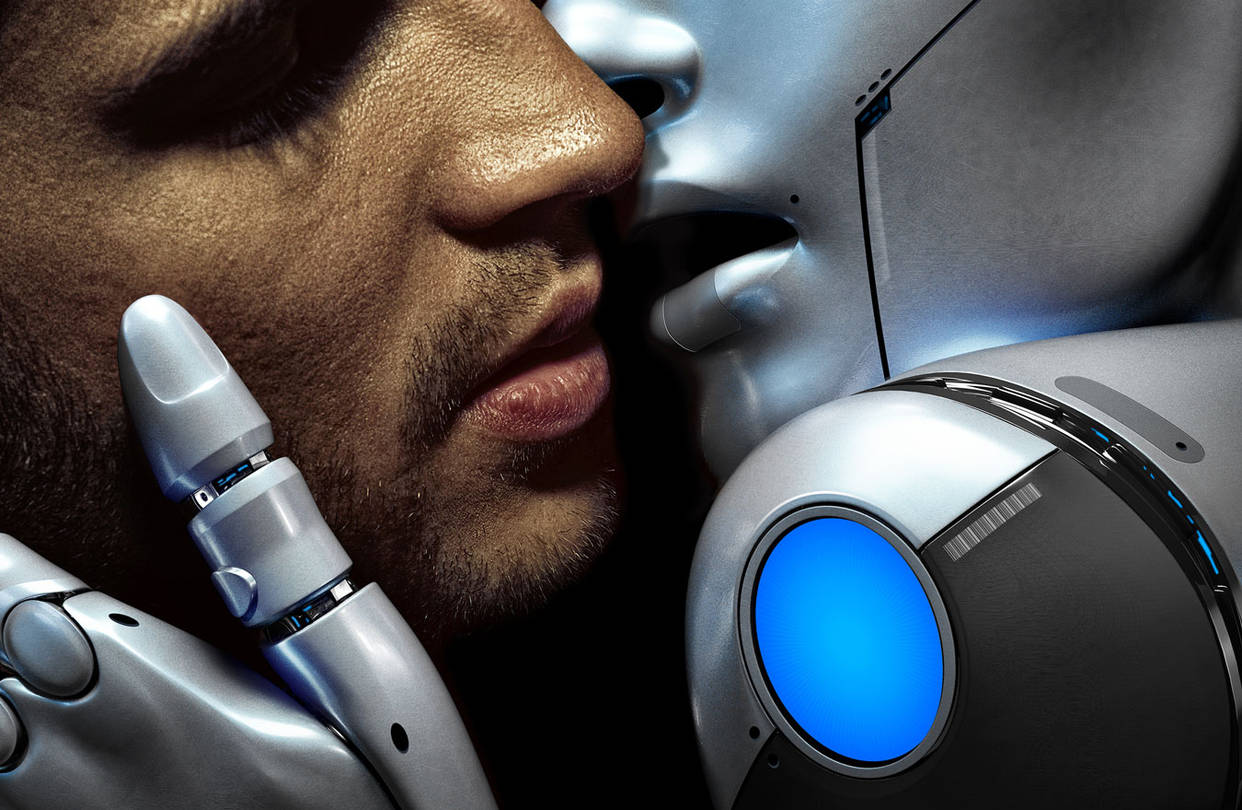 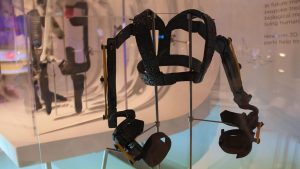 Zoltan Istvan is a futurist, journalist, and author of the novel The Transhumanist Wager. He writes an occasional column for Motherboard in which he ruminates on the future beyond natural human ability.

The internet is rife with chatter about the transhumanist age we are entering, where radical science and technology are already changing the way we live. Everything from robotic hearts to personal drones to mind-reading headsets are here. The new tech coming in just a few years will touch nearly every aspect of our lives, including one of the most personal ones: sex.

Mammals use sex as a means to generate offspring, to experience pleasure, and for bonding with partners. Throughout the last few centuries, humans have embraced tools, drugs, and even surgical operations in an attempt to improve sex.

To date, the list of transhumanist-themed tools and apparatuses our species has created for sex is practically endless. Perhaps the best known one is the condom, where descriptions of their use and composition begin to appear in 16th century writings. The writings of 16th century physician Gabriele Falloppio includes one of the  first documented references to condoms, and describes them as linen sheaths soaked in a chemical solution. Today, the condom is one of the leading life extension tools in the world, due to the protection it offers from disease, such as HIV.

Over 300,000 Americans underwent breast augmentation via plastic surgery, which typically aims to enhance sex appeal, in 2011. In the last century, one of the most sensationalized applications for sex is Viagra, whose name is almost as recognizable as Coca-Cola or Rolls Royce. Along with other options like Levitra and Cialis, erection drugs have helped return sexual health to millions of men (and their partners) around the world.

Yet, whatever has happened so far in the history of sex is not going to be nearly as exciting or bizarre as what’s coming next. Whether by drugs, technology, or surgery, the future of sex is set to explode. Look for virtual sex and foreplay to become commonplace, where partners are linked into brain wave headsets and virtual reality goggles.

Some will take it further, and use full body haptic suits—a friend of mine called it the future hump suit—to experience full sexual immersion. Virtual worlds and Second Lives will keep people experiencing sexual acts they might not feel comfortable doing in real life—all without the risk of pregnancy or STDs.

I recently was asked by my wife what I wanted for Christmas. I replied: I want an exoskeleton suit. They’re going to be all the rage soon.

Indeed, exoskeleton technology is significantly improving every year. Panasonic is getting ready to sell the first mass-produced robotic exoskeleton for just under $5,000. They are still crude, but in 5-10 years time, they are likely to make us faster runners, stronger climbers, and better athletes. I surmise an entire sporting and recreational culture will develop around them, similar to motorcycles and ATVs. Can you imagine the growing discipline of Parkour in one? Eventually, exoskeleton suits will look like the ones in the blockbuster movie Elysium starring Matt Damon.

But what about sex? Will they help? Yes! Potentially, a lot. Especially for disabled, obese, or unfit persons. Harvard is working on a soft exoskeleton suit. Someday soon, we will strap on exoskeleton suits and put ourselves in sexual positions once only possible for Bikram yoga experts—and then go at it. And we won’t be tiring very easily, either, not with the suits doing much of the work.

Almost as strange is the new internal skeletal stuff being developed, which combines structures inside your body to external artificial limbs. In a recent article for ExtremeTech, engineer and neuroscientist John Hewitt writes:

In order to wield any artificial limb with full strength and confidence we are going to need to plug it in properly, so that it becomes a real part of our musculoskeletal system. Researchers at the Royal National Orthopedic hospital have now created an implant that does just that by interfacing a leg prosthesis directly to your endoskeleton.

We’ve already seen penile implants and surgical modifications of sexual organs. But this new musculosketelal technology is much more revolutionary. If scientists can connect internal human parts to external bionic parts, (and they’re already connecting robotic arms to the nervous system) then the age of the cyborg is truly here. Surely biohackers will remove body parts and limbs in an attempt to become a stronger, more agile entity.

If scientists can replicate that feeling through firing signals from an implanted chip or a brain wave headset, then it might even be the end of sex altogether.

With those acquisitions will come cyborg sex—something that is sure to be an upgrade to the usual romp. Don’t forget, those robotic fingers on those artificial limbs will soon have sensors that can detect some things, like heat and sweat, far more specifically than biological fingers. In time, every sense of ours will be improved and updated with technology that simply outmatches our biology.

How will this and all the other technologies affect sex for over seven billion people in the future? Probably dramatically—especially when it is combined with microchip implants. Erogenous zones and orgasms are simply the product of chemicals firing in the brain. If scientists can replicate that feeling by firing signals from an implanted chip or a brain wave headset, then it might even be the end of sex altogether. We’d turn on and off endless orgasms with our cell phone (or buzz our partners at will if they’ll allow us).

Hopefully it will be better than this.

Implants are becoming more commonplace. Recently, Dr. Theodore Schwartz and a New York Presbyterian/Weill Cornell Medical Center team put a cranial implant into an epileptic sufferer to help stop attacks. Other brain implant surgeries are now occurring to fight Alzheimer’s, a disease which affects over five million Americans. It’s not that big of a leap to imagine someone figuring out how to stimulate the sexual pleasure areas in the brain with an implant.

The human species has come a long way in developing its sexual mores. Thankfully, many societies are philosophically and psychologically freer than ever to enjoy all that sex can be. But technologically, we are just seeing the tip of the iceberg for all for all that is coming, regardless of tastes and desires. Transhumanism has long centered on technologies that grant better health and extended longevity to people, but we shouldn’t forget that it will also make some of our most cherished experiences—like sex—a lot more fun in the future.