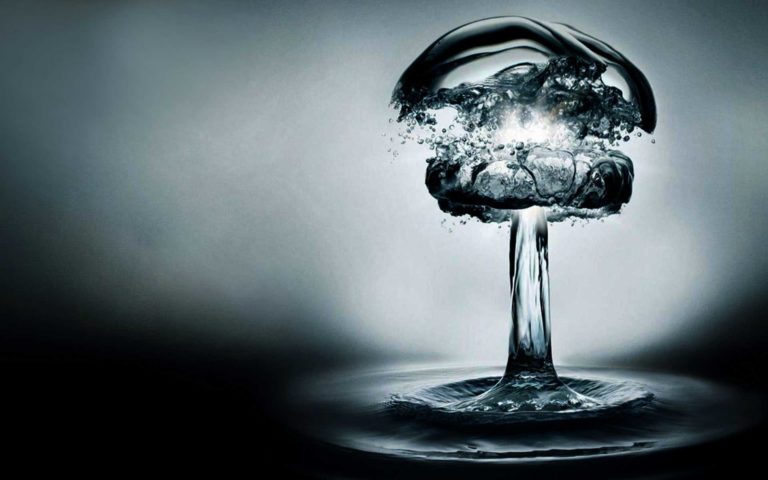 (Natural News) The Center for Disease Control and Prevention (CDC) calls water fluoridation – the addition of industrial-grade fluoride to community water supplies – “one of the top ten public health achievements of the 20th century.”  But, pioneering biological dentist Dr. David Kennedy has another term for it: “a public health fraud.”  No doubt, adding fluoride to the public water supply is one of the greatest crimes against humanity. (keep reading to find out why)

And Dr. Kennedy is not alone.  With fluoridated water linked to a litany of ills like, lower IQ, many natural health experts agree that the use of fluoride is outdated, unnecessary and dangerous.

Discover the shocking truth about fluoride.  On the next NaturalHealth365 Talk Hour, Jonathan Landsman and Dr. David Kennedy, Past President of the International Academy of Oral Medicine and Toxicology, expose the hazards of fluoride found inside municipal water supplies and oral care products.  Plus, you’ll learn about the best ways to naturally protect your health – especially the teeth and gums.

70 percent of the U.S. public drinking water supply is contaminated with toxic chemicals like fluoride.  Find out what the American Dental Association (ADA) has been hiding from the public for years!

The ADA calls fluoridated community water both “safe” and “effective” in reducing cavities. Yet, Dr. Kennedy notes that the organization has never presented any large-scale blinded studies proving that fluoride prevents tooth decay. Although eager to speak out on the “safety” of fluoridated water, the ADA performs no research of its own – and has never even bothered to poll its own members for their opinion.

Dr. Kennedy reports that all recent large-scale scientific studies have completely failed to show that fluoridation causes any significant reduction in tooth decay. Infuriatingly, peer-reviewed medical research has been minimized by what he calls “spin doctors of fluoridation” – who downplay the research by setting up biased review committees.

The real causes of human tooth decay, says Dr. Kennedy, are linked to nutritional deficiencies, excessive sugar intake and poor oral hygiene.  In addition, Dr. Kennedy has some strong words for the practice of adding fluoride to drinking water.

“Increasing the fluoride intake of a patient without regard to established risk factors such as age, kidney function, weight, water consumption and total fluoride intake…is medical negligence,” Kennedy states.

On the next NaturalHealth365 Talk Hour, Dr. Kennedy and Jonathan Landsman talk about how and why fluoride has been promoted by the ADA.  The details will blow your mind.

Is this a deliberate attempt to poison the population?

Fluoride intake has long been associated with serious medical conditions. In fact, almost 20 years ago, a union representing scientists and toxicologists at the U.S. Environmental Protection Agency went on the record as stating that there is a link between fluoridation and cancer, genetic damage, neurological impairment and bone pathology.

And, fluoride has been linked with brain dysfunction. A particularly disturbing study from Harvard Medical School found a link between elevated fluoride levels and lowered IQ in children.

Although fluoride was originally believed to strengthen bones, attempts to use high-dose fluoride to treat osteoporosis resulted in more bone fractures, not less. (These disastrous results caused the FDA to reject fluoride as a medical treatment)!

Unsurprisingly, studies have linked long-term consumption of fluoridated water to an increased risk of hip fracture, a devastating injury when it occurs in the elderly – 25 percent of whom die in the 30 days following the event.

Other problems associated with fluoride include hypothyroidism, gastrointestinal problems, arthritis and male infertility – a laundry list of unwanted illnesses.

Warning: even if fluoride isn’t in your water, it may still be in your toothpaste and other consumer products.  They even put this toxin in ‘baby water!’  Bottom line: this poisonous substance is far from “safe” and “effective” – no matter what the ADA says.

Join us for an enlightening show.

This week’s guest: Dr. David Kennedy, Past President of the International Academy of Oral Medicine and Toxicology, filmmaker and health educator

Discover the hidden dangers of fluoride consumption and how industry is suppressing the truth – Sun. Aug. 6

Dr. David Kennedy, who holds a degree in comparative biochemistry and physiology, received his Doctor of Dental Surgery from the University of Missouri in Kansas City and a past president of the International Academy of Oral Medicine and Toxicology.  Dr. Kennedy is a nationally recognized lecturer on toxicology and restorative dentistry.

The author of “How to Save Your Teeth,” Dr. Kennedy is also the maker of a film called, FluorideGate.  A pioneer in the field of biological dentistry, Dr. Kennedy educates the public about the need to use the science of toxicology in making health-centered dental decisions to protect your health.