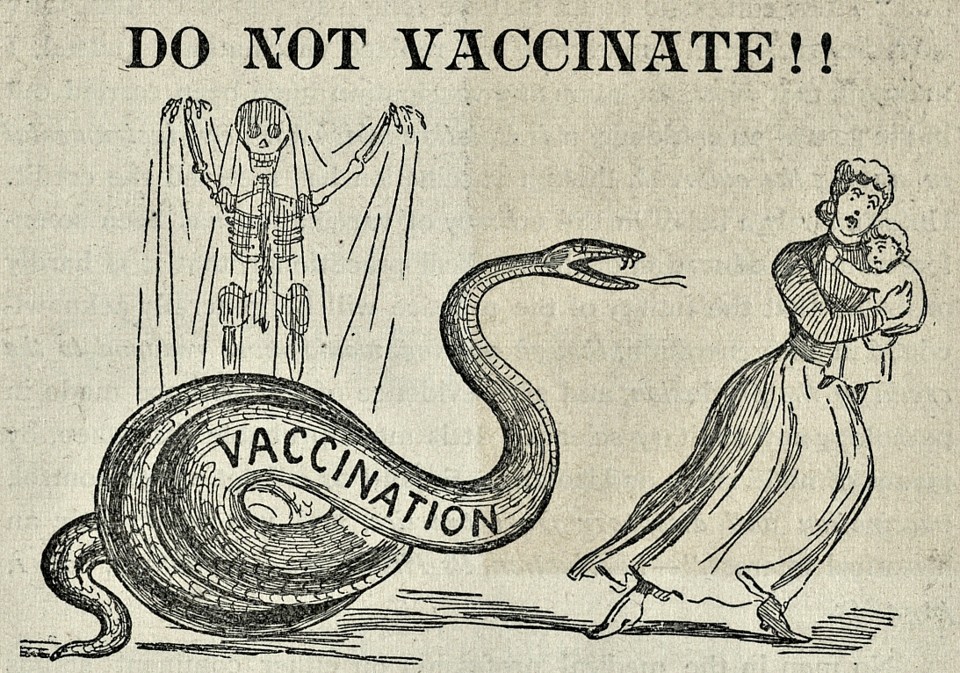 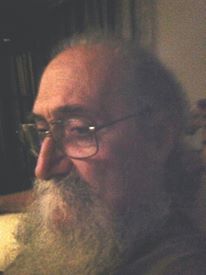 Shawn Siegel’s a grandfather who has enough common sense to recognize a con game when he sees one, thus was compelled to begin researching after discovering that immediately following the release of the polio vaccine the CDC radically changed the definition of the disease. He now hosts a weekly radio/internet show, The Vaccine Myth: An Issue of Trust, on the Logos Radio Network.

We are living in the age of disinformed consent. Parents assume their doctors and their public health authorities are providing them with all relevant vaccine information, and nothing could be further from the truth.

Obviously, if vaccines can kill and cause serious and debilitating lifelong damage – which they can, and do – the vaccine administrator must provide that information to the client, in unambiguous fashion, regardless of the estimated size of the risk. It’s an ethical mandate that must be fulfilled, but it never is. There is a fundamental reason: medical schools don’t teach the history and nature of vaccine damage and death; nor do nursing and pharmacy schools. Yet doctors, nurses, and, these days, pharmacists, are the very ones who administer vaccines, and upon whom we rely for full information. Somewhere there is made a conscious decision to exclude the reality of serious vaccine damage from the curricula.

Most of the many doctors who have witnessed vaccine damage – thankfully, not all – lack the professional integrity to follow up with curiosity, let alone research. This is the most troubling of the array of vaccine contradictions; trained to observe, they nevertheless appear blind to even the possibility of causal relation.

There is a reason the CDC didn’t announce to the American public in 1999 the direct correlation between the amount of mercury in vaccines and the incidence of speech and learning disorders and autism it found in its own in-house study: a conscious, intolerable decision. (1)

There’s a reason Dr. Viera Scheibner’s cotwatch studies, which decades ago found a compelling link between vaccinations given to infants and the incidence of cot death – SIDS – is never mentioned by public health officials: a conscious decision. (2)

There is a reason the CDC never mentions that it was the radical changes they made to the definition and diagnosis of polio, right after the vaccine was introduced, that eliminated most cases of the disease, not the vaccine: a conscious decision to manipulate the public in their vaccine decisions. Nor do they mention that once the vaccine was licensed, the CDC pulled all remaining diagnoses close to the vest, disallowing for automatic inclusion in annual polio statistics cases reported by private medical practices or local public health departments, and declaring that only they, the CDC, after ostensible thorough review and lab analysis, could officially validate a case. (3)

There is a reason that, concomitant with the diagnostic and labeling changes made, a radical change was made as well to the definition of a polio epidemic, from 20 cases in 100,000 to 35, potentially cutting almost in half the likelihood that any subsequent outbreaks would be so labeled – a change that seems totally haphazard, except for the effect of painting polio as somehow and suddenly less severe, or less contagious, or more contained: a conscious decision, to boost the illusion of vaccine effectiveness. (3)

There’s a reason the mainstream media in general will give no meaningful column space to truthful information about vaccine pitfalls and dangers: the conscious decision of the publishers.

There is a reason the vaccine industry does not discuss the fact that for years adjuvants like those used in most vaccines have been injected into lab animals to trigger rheumatoid arthritis and other autoimmune diseases: a conscious decision to keep the public ignorant of the ethical dilemma of then recommending their use for injection into newborns, infants, and toddlers, as a macabre tradeoff for acute, temporary diseases. This same adjuvantal effect in humans has been established by immunologists, as well. (4) (5)

There is a reason that every doctor or scientist who has ever spoken out publicly against vaccines has been branded a quack, regardless of their unblemished reputation up to that point: a conscious campaign to maintain the myth of vaccine safety, effectiveness and necessity.

There is a reason the AAP over the last three decades has been sliding down the hellhole of castigation of parents who refuse vaccines, initially espousing acceptance, to occasionally endorsing statements labeling such parents as irresponsible and a threat to the vaccinating masses; a reason they provide vaccine refusal documentation for parent’s signature that speaks not a whit to the potentially catastrophic consequences of vaccinating, despite, again, being well aware of the record: a conscious decision.

There’s a reason Dr. Paul Offit personally reviewed and approved for publication on the website of The Children’s Hospital of Philadelphia an article on the value of the chicken pox vaccine that states the shot is perfectly safe, despite the post-marketing reports of catastrophic reactions on the vaccine insert, including anaphylactic shock, encephalitis and Guillain-Barre, and the availability of the VAERS record: a conscious decision. (6) (7) (8)

There is a reason that nowhere in the mainstream have we seen mentioned the fact that when the team of doctors at the Royal Free Hospital treated the twelve Lancet kids for their bowel inflammations, their symptoms of autism were greatly alleviated – a dynamic and heartening bit of information that should have been trumpeted in headlines globally: a conscious decision, to support the claim that there is no connection between the novel bowel syndrome described by the team – now corroborated by pediatric gastroenterologist Dr. Arthur Krigsman – and autism. (9) (10)

There is a reason the vaccine industry will not respond to the disclosure that among the 50,000 unvaccinated clients of Homefirst Health Clinic in Chicago, the staff is aware of only a few cases of autism, and virtually no asthma, allergies or diabetes – poignant statistics all, with obvious, staggering implications. In a general population of the same size we’d expect to see 250 or 300 cases of autism or more, and thousands of incidents of the other mentioned autoimmune disorders. (11)

Likewise, there is a reason CDC doctors appear before a Congressional committee on autism ostensibly so ill-prepared to answer direct questions as to be farcical, and in such repeated fashion over the years that, in days of aulde, they’d have been booted out for contempt and tarred and feathered by the thousands of parents who have watched helplessly as their kids took their obvious first steps down the road of developmental regression to ultimate diagnosis of autism, immediately following a round of vaccinations: an obvious, conscious directive to remain obtuse. (12)

And there’s a reason the CDC will never respond to pleas to compare the health of the fully vaccinated against the never vaccinated; that they will claim it unethical to conduct such a study as double-blind, because it will deny the protection of the vaccine to the control group, when the rationale is circular, since it’s the very safety and effectiveness of vaccines at question, and when all that is really necessary is to analyze the available data on the million or more Americans who are not vaccinated at all, out of personal choice: a conscious decision to avoid ferreting out and revealing the truth.

The behavior of the vaccine industry – government, manufacturers, much of the medical establishment, and the mainstream media, devoid of investigative journalism when it comes to vaccines – is reprehensible. Their calling cards are statistical manipulation, deception and fear. Well aware of the catastrophic damage done by vaccines, they steadfastly deny the reality and suppress the information, while knowing it is essential to every parent’s vaccine decisions. 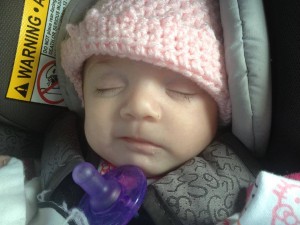 This little girl was three months old when this picture was taken. She’d had her first vaccinations – a round of five vaccines – five days before. The droop you see in the left side of her mouth is a sign of stroke, caused by the vaccines. She died two days later.

Please advise any vaccinating parents to carefully scrutinize their kid’s face before and during the twenty-four hours following shots, for any sign of asymmetry – a droop in the mouth, an eye moved to one side, even the eyes blinking out of synch. It may be fleeting, lasting only a few hours, or it may last a lifetime, but either way it’s obviously a sign of serious neurological injury.

Vaccination’s an unavoidable insult, bypassing a river of innate immune reactions designed to prevent vaccine ingredients from entering the bloodstream. Through Tommy’s story of adverse reaction we explore the vaccination paradigm, ultimately to realize that the mainstream, proffered reasons to vaccinate are a web of misinformation and social coercion. 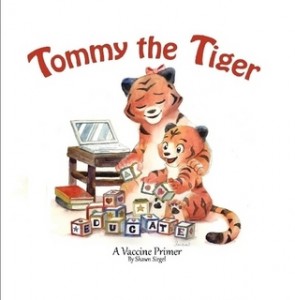 One thought on “The Vaccine Myth With Shawn Siegel”

https://crazzfiles.com/wp-content/uploads/2016/01/VACCINE-MYTH-WITH-SHAWN-SEIGEL-.mp3Podcast: Play in new window | DownloadSubscribe: Apple Podcasts | Email | RSS On tonight’s podcast show i am joined by J Wilderness from the UK who is the creator of guerrilla investigations and the “Good Morning Clown World” compilation series. J wilderness is back on the podcast show with me tonight 06/02/22 for our[…]