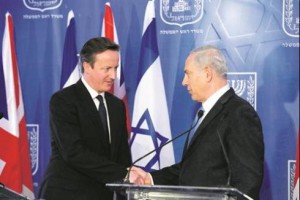 If you answered yes to any of the above, and you are a British citizen, then you could be the target of a new ‘counter-extremism’ initiative spearheaded by that country’s perverse Prime Minister David Cameron. As part of his Orwellian ‘counter-extremism’ effort, Cameron has instituted a number of truly despotic measures intent on stifling free speech and extirpating ‘heretical’ viewpoints about false flag terrorism and the undue influence of Zionists on Western foreign policy.

While self-evident to most clear thinking people, the notion that the West is deliberately targeting Muslims and their countries in accordance with an intricately fashioned master plan of divide and conquer will now be a prohibited opinion that could put the British police state on your trail.

“Muslim conspiracy theorists,” Cameron proclaimed in a recent speech outlining his ‘five year strategy’ to combat extremism, who believe that “Jews exercise a ‘malevolent’ power, that [the] Israeli intelligence agency Mossad inspired 9/11 and that the UK allowed 7/7 because it wanted an anti-Muslim backlash” are to be singled out for suppression.[1]

Cameron’s 1984-style designs will give parents the ability to revoke their children’s passports if suspected of holding ‘extremist’ beliefs. Police will be given new surveillance powers as well as the authority to vet what certain ‘extremists’ and ‘conspiracy theorists’ post on social media. Additionally, Ofcom – Britain’s communications regulatory body – will also be empowered to “crack down on television channels broadcasting extremist messages.” ‘Extremist messages’ appears to be a thinly disguised euphemism for anything not consonant with Western and Zionist propaganda.

One thought on “The War on Conspiracy Realists Continues”