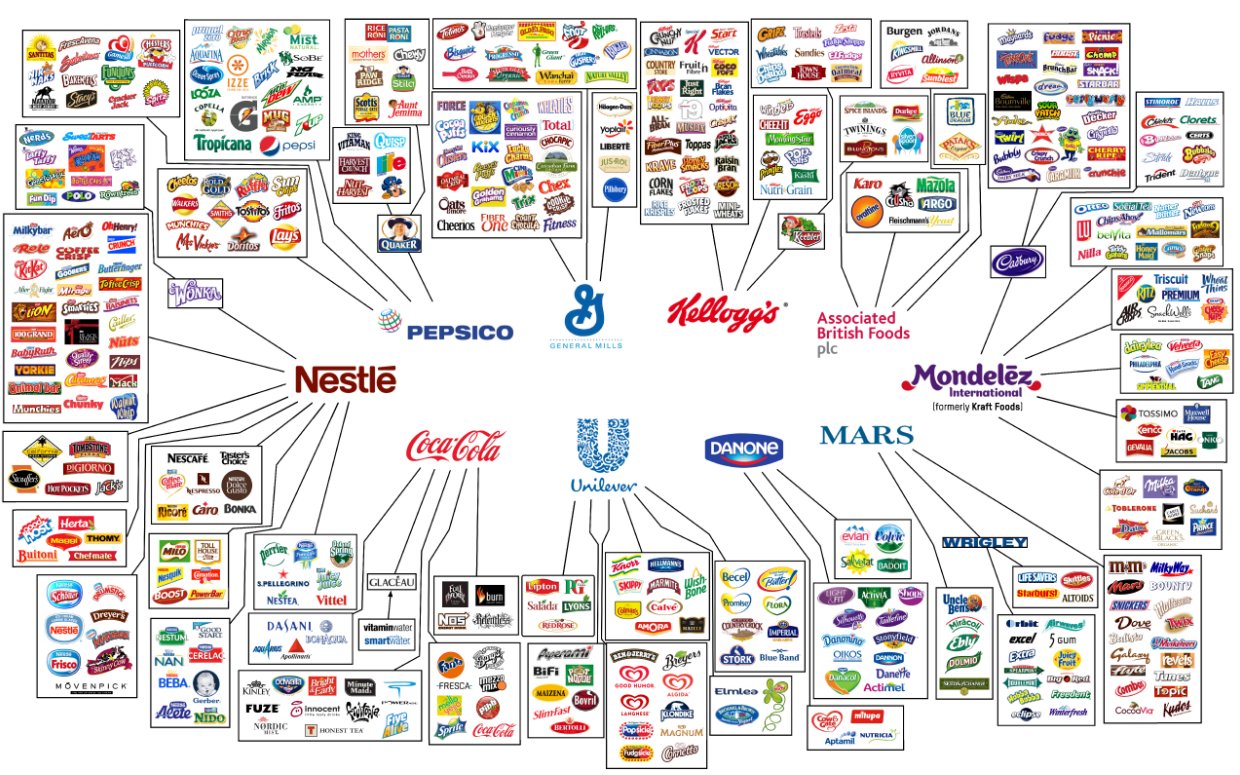 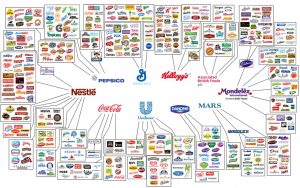 Just when you think there’s no end to the diversity of junk food lining supermarket aisles, an insanely detailed infographic comes along to set us all straight. Out of the hundreds of products at our disposal, only ten major corporations manufacture the bulk of what we toss in our shopping carts.

So whether you’re looking to stock up on anything from orange soda to latte-flavored potato chips, Mondelez, Kraft, Coca-Cola, Nestlé, PepsiCo, P&G, Johnson & Johnson, Mars, Danone, General Mills, Kellogg’s, and Unilever own just about everything you could hope to buy. It seems that six degrees of separation theory has been proven after all, if only because we all drink Diet Coke every now and then.

In order to visually elucidate that point, Oxfam International created a comprehensive infographic that reveals the extensive reach of the “Big 10” food and beverage companies. Unlikely ties between brands we largely don’t associate with one another show how easy it is to be misinformed about the American food system. For example, PepsiCo produces Quaker granola bars, and Nestlé makes Kit Kat bars but also frozen California Pizza Kitchen pies. To the surprise of many, Pineapple Fanta isn’t sourced straight from the mythical Fanta Islands, but canned right alongside Barq’s root beer at the Coca-Cola factory. 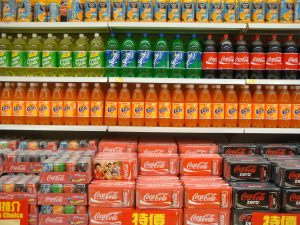 Obviously, the horrors extend far beyond our own shattered daydreams. Massive corporations squash entrepreneurial diversity and make it nearly impossible for startups and small businesses to compete. According to Oxfam’s report, “The world’s largest food and beverage companies have a lot of power – but you have more. And because they’re not using theirs enough to help poor communities or the planet, you can use yours to change the way they do business.”

If you’re looking to avoid contributing to the Big 10 world takeover, try shopping at local farmers’ markets and maybe skip out on soda and highly processed foods altogether. Your body will thank you for it in the long run anyway.