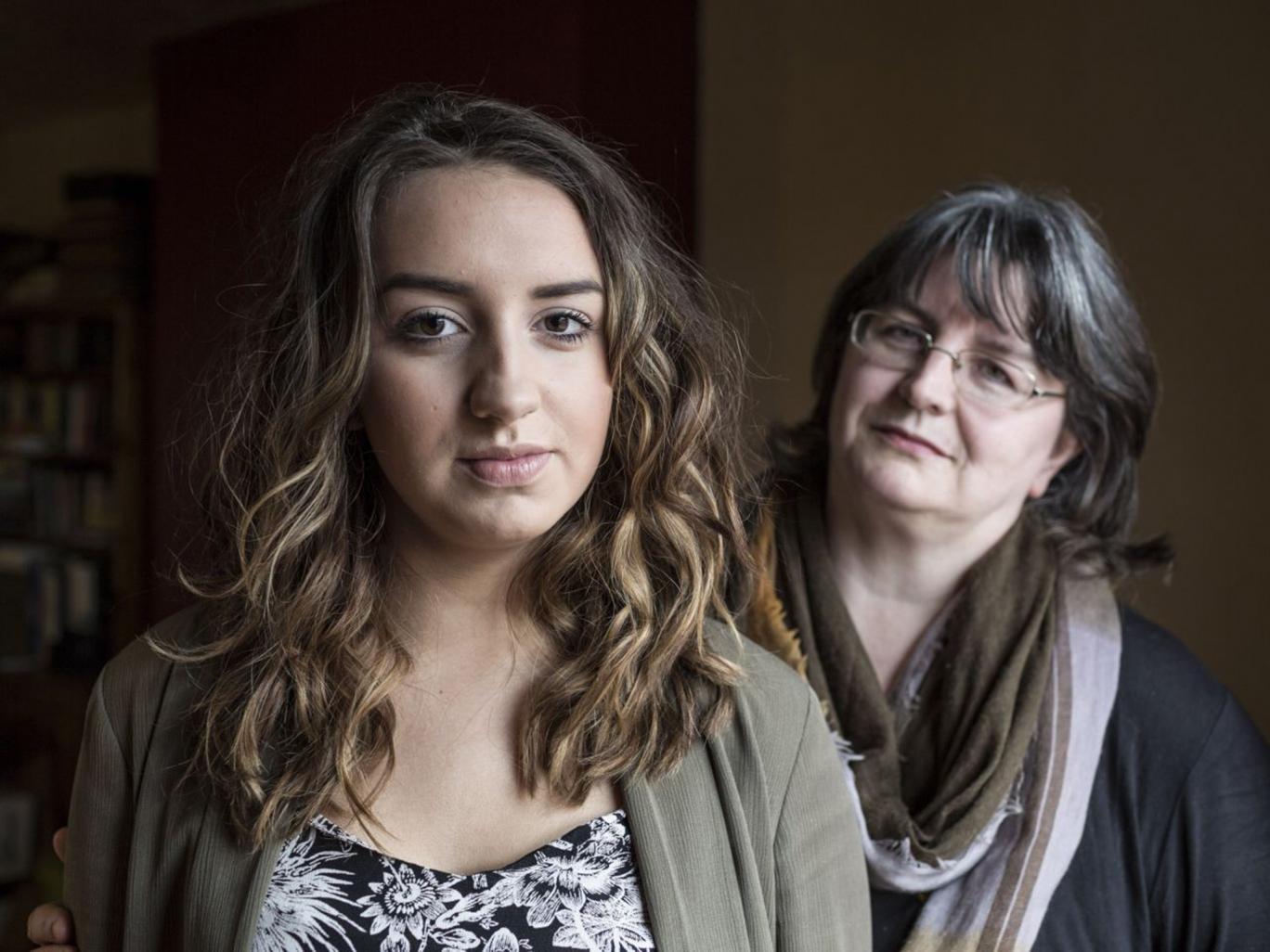 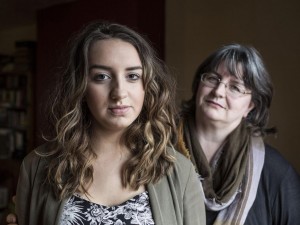 NOTE: NOTICE HOW THE PAPER HAS TO SUGARCOAT THE INFORMATION & BACKTRACK BY SAYING, ALL THESE GIRLS WHO WERE VACCINATED FELL SICK BUT THIS DOES NOT MEAN IT WAS BECAUSE OF THE VACCINES, STINKS OF BIG PHARMA INTERVENTION.

This article created significant debate among medical professionals, journalists and members of the public. Some commentators felt the piece had been insufficiently specific about the fact that research has established no causal link between the symptoms experienced by Miss Ryalls and the HPV vaccine. In fact, that point was set out in the piece; it certainly is not in dispute.

Nevertheless, a number of amendments to the item have  subsequently been made, notably to: clarify that reports of ‘adverse drug reactions’ to the HPV vaccine are all categorised as ‘suspected’; add a reference to the fact that one of the criteria by which such ‘ADRs’ can be classified as ‘serious’ is if the individual reporting the side effects describes them as ‘serious’ themselves; and make clear that, while thousands of girls have reported feeling unwell after receiving the vaccine, that cannot be extrapolated as meaning that thousands of girls have ‘suffered debilitating illness’ after being vaccinated.

Readers who are interested in this topic may like to read another report recently published in the Independent on Sunday on the question of whether the HPV vaccine should be extended to boys: http://www.independent.co.uk/life-style/health-and-families/health-news/professor-harald-zur-hausen-nobel-scientist-calls-for-hpv-vaccination-for-boys-10382796.html.  14/7/15

When Caron Ryalls was asked to sign consent forms so that her then 13-year-old daughter, Emily, could be vaccinated against cervical cancer, she assumed it was the best way to protect Emily’s long-term health.

Yet the past four years have turned into a nightmare for the family as Emily soon suffered apparent side effects. Only two weeks after her first HPV injection, the teenager experienced dizziness and nausea.

“The symptoms grew increasingly worse after the second and third injections, and I went to A&E several times with severe chest and abdominal pains as well as difficulty breathing,” Emily, now 17, said. “One time I couldn’t move anything on one side of my body. I didn’t know what was happening.”

Emily is one of the thousands of teenage girls who have reported feeling seriously unwell following the routine vaccination since the immunisation programme was introduced in 2007. She is yet to recover and has no idea when her health will return to normal. vaccine1“Prior to the vaccination Emily had an ‘unremarkable’ medical history with no problems,” said Mrs Ryalls, 49, from in Ossett, West Yorkshire. “She was considered very healthy and represented the school at hockey, netball, athletics and was a keen dancer. She was also a high achiever at school, in the top sets for everything and predicted at least 10 GCSE with high grades. Her future was very bright.”

In the HPV category alone, suspected ADRs numbered 8,228, of which 2,587 were classified as “serious” – defined by several criteria, including whether it resulted in hospitalisation or was deemed life threatening or was regarded as serious by the individual reporting it.

The MHRA said that the figures did not reflect the true amount of suspected ADRs because of an “unknown and variable level of under-reporting”. The agency estimates it receives about 10 per cent of all reports, suggesting the actual number of girls suffering suspected ADRs could be tens of thousands. It also said that “many millions” of the vaccinations were administered in this time frame without any problems reported.

“Every visit to a doctor was met with rolled eyes,” said Mrs Ryalls. “Every mention of the HPV vaccination was met with hostility and ridicule. We were eventually referred to a local paediatrician who told her to push herself to get back to normal – ‘We all feel tired in the mornings, Emily’ was one of the remarks regarding her complete exhaustion.”

Two years after falling ill, Emily was eventually referred to Dr Pradip Thakker at Queens Medical Centre in Nottingham; he used a tilt table test to diagnose PoTS (postural orthostatic tachycardia syndrome), a condition where moving from lying down to standing up causes an abnormally high heart rate. By this time Emily was able to manage only three to four hours of school a week. Mrs Ryalls, who had built up a small publishing company from scratch, was forced to close it and become Emily’s full-time carer.

Cancer Research UK points out that cervical cancer is the second most common cancer in women under the age of 35. In the UK, about 3,000 women a year are diagnosed with cervical cancer and it is estimated that about 400 lives could be saved every year as a result of vaccinating girls before they are infected with the human papilloma virus.

The NHS says that the vaccine, which was introduced as part of the routine immunisation programme in 2008, protects against the two HPV types that cause 70 per cent of the cases of cervical cancer. Screening is still needed to try to pick up cervical abnormalities caused by other HPV types that could lead to cancer.

Since September 2014, girls have received only two injections; the second is taken six to 24 months after the first. The NHS says the programme has proved to be “very effective”. However, other countries are taking action following reports of increasing numbers of girls suffering suspected side effects. A Danish TV documentary broadcast earlier this year highlighted the large number of girls who appear to have been affected following their HPV vaccination. Some, like those the Ryalls have met in the UK, are now wheelchair-bound.

Last year, Japan withdrew its governmental recommendation for the HPV vaccine because of reported side effects, although the vaccine is still freely available and the Japanese Paediatric Society still advises its use.

In an article published last week in the Springer journal Clinical Rheumatology, Dr Manuel Martinez-Lavin, who has been treating people with chronic pain conditions for more than 30 years, said these illnesses are “more frequent after HPV vaccination”. He wrote: “Vaccination has been one of the most effective public health measures in the history of medicine. However, seemingly inexplicit adverse reactions have been described after the injection of the newer vaccines vs human papillomavirus (HPV). Adverse reactions appear to be more frequent after HPV vaccination when compared to other type of immunisations.”

Dr Martinez-Lavin said PoTS and fibromyalgia are among the diseases he believes have developed after HPV vaccination, and that clinicians should be aware of the possible association between HPV vaccination and the development of these “difficult to diagnose” painful syndromes.

Mrs Ryalls and about 80 families in similar situations across the UK are taking action. They have formed the Association for HPV Vaccine Injured Daughters (AHVID) to bring families with girls suspected of suffering side effects from the HPV vaccine together.

She said: “We want to have a stronger voice and we are pushing hard for regional treatment and assessment centres along the lines of Denmark and Japan. We want increased reporting of adverse reactions, better educational support and greater transparency and information to enable parents to make an informed decision regarding consent to HPV vaccination.”

Mrs Ryalls also said the AHVID wants better research and treatment for the girls’ conditions and that treatment is currently “pot luck”, as too few doctors spot the signs of PoTS and other autoimmune conditions.

“I’m not anti-vaccination,” Mrs Ryalls said, “but it’s a big area with a lot of questions. I would never say to anyone don’t have it, because it has to be a personal choice. I would say do your own research and don’t just rely on the school leaflet.”

Emily managed to return to school to complete enough GCSEs to move into the sixth-form college where she is now studying English language and photography. She hopes to study the latter at university.

The MHRA said it had no concerns on the numbers of ADRs related to the HPV vaccine and that the “expected benefits in preventing illness and death from HPV infection outweigh the known risks”.

The agency said: “The vast majority of suspected side effect reports for HPV vaccine relate to known risks of vaccination that are well described in the available product information. The reporting rate of suspected side effects, which are not necessarily proven to be caused by the vaccine, is influenced by many factors and expected to differ across vaccines. The greater number of reports for HPV vaccine does not necessarily mean that it is any less safe than other vaccines.

“Reports of PoTS following HPV vaccine remain under review by EU regulators. PoTS can occur naturally in adolescent girls and, at present, there is insufficient evidence to indicate that the vaccine is a cause. This will remain under review.”