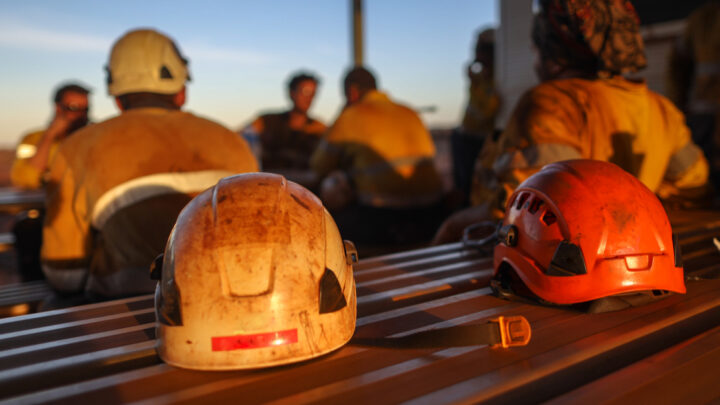 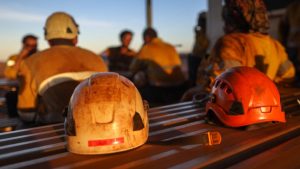 For the third day in a row, construction workers in Melbourne have taken to the streets, resulting in violent clashes with police.

The Tradies are protesting vaccination mandates and the temporary shutdown of their industry, as well as the loss of their lunch rooms.

The Construction, Forestry, Mining and Energy Union (CFMEU) has not endorsed mandatory vaccinations for workers, but has at the same time distanced itself from the protests, claiming they have been ‘heavily infiltrated by neo-Nazis and other right-wing extremist groups’

Videos posted to social media show workers marching through the streets shouting “fuck the jab”, hurling bottles at the police and setting off flares. Police officers in riot gear are seen firing rubber bullets at the protesters and using pepper spray.

There are reports of police aggressively pouncing on protesters, tackling them to the ground, and threatening them with weapons before arresting them.

Violence on the streets

One journalist capturing the story was injured when hit in the head with a bottle, while another claims to have had urine thrown in his face.

Police and CFMEU authorities are now looking through social media footage to identify those they say are responsible for the violence. Around 100 arrests have already been made in relation to the events.

Despite the threat of arrest and potential criminal charges, protesters continue to gather and  their outrage is palpable.

The scenes on the streets of Melbourne this week, show the desperation of people in a city that’s lived through unprecedented restrictions to it’s personal freedoms and is now facing an assault on it’s personal choices, and for many, the ability to earn a living.

Frustration has been mounting since all building sites were ordered to close their lunch rooms last week, because they were deemed ‘high-risk’ for transmission. A number of health inspections in the past few months showed the sites were failing to meet the public health rules, and there have, according to the statistics, been more than 100 Covid cases linked to the sector.

Since shutting down lunch rooms, the Victorian Government has directed all construction workers to be vaccinated from this week, in order to be able to return to work.

Tensions have been further inflamed by the discovery of a man’s body at a worksite in West Melbourne, hours after the Victorian government announced a two-week shutdown of the construction sector. It’s been reported that the man took his own life.

One social media post read: ‘Breaks my f***in heart. His blood is on Dan Andrews’ hands …’May you rest in peace and your mind be at ease brother. Today we protest in your name and in your honour.’

WorkSafe is investigating the death while police will prepare a report for the Coroner.

The current two-week shutdown is estimated to cost Victoria about $6b, and it employs more than 300,000 workers.  While the government is currently considering options for financial assistance, there has been nothing announced so far.

The forced closure is a massive blow to the already decimated economy. Construction sites are also concerned that they will not be able to open in two weeks, having met the Public Health Orders, particularly given workers’ obvious resistance to mandatory vaccinations.

When the NSW Construction industry was forced to have mandated vaccinations several weeks ago in order to return to work in the Greater Sydney region, collectively workers failed to raise the funds needed for a class action against the Government mandate, and many workers have since had the jab, out of a need to work and keep food on the table for their families.

Other individuals in a variety of industries, also facing forced vaccinations have taken legal action and there are a number of cases listed in the NSW Supreme Court later this month that will challenge whether the NSW State Government can enforce it’s directive of “no jab no job.”

Hundreds of thousands of people around the country are watching these court challenges with interest, because while vaccines may be one part of the pandemic solution, they are not 100 percent effective, and mandating them strikes at the very core of our democratic freedoms and civil liberties.