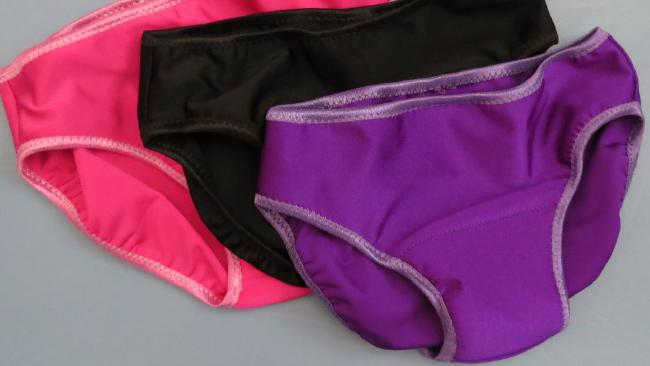 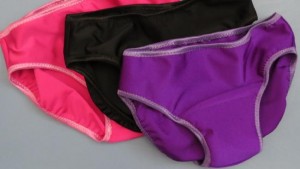 EVERY day, 11-year-old Jake* runs to the letterbox to check if the postman has been. For four weeks he’s been waiting for a parcel that seems as if it will never come.

Of course these days you can order anything online, but this isn’t like any other purchase his mum, Ellie, has ever made.

“It appears perhaps that our order has been held up in customs,” Ellie says. “That’s something else that just makes me aware of how weird and how covert this could seem to others.”

Even though Ellie desperately wants to help her son, she is the first to admit that it has been an emotional and mental challenge to “try to imagine what it may be like to need this so much.”

Jake is a transgender boy who came out nearly a year ago. The box from America that Ellie and Jake are expecting contains two types of items. One is a so-called “stand-to-pee,” a silicone device that allows someone with female genitalia to stand up while urinating.

When Jake goes into a stall to urinate in the boys’ toilets at school, Ellie explains that he feels “very self conscious about the fact that he always has to sit down.”

“It was distressing him to point where he wasn’t going to the toilet at school,” she says.

The second type of item in the parcel will be a soft, washable “packer,” that gets sewn into underwear to create the outward appearance of male genitalia.

“It’s desperately important for him in order to feel comfortable and pass [as a boy] all the time,” Ellie says.

“I was watching him at a gymnastics class and he was being held and guided over the bars. At any of those points he could reveal that he’s not a boy with a penis,” she says. 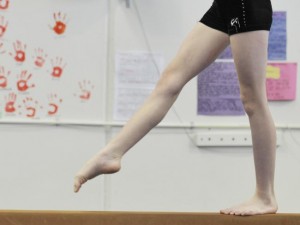 Ellie points to the difficulty of female to male transgender children participating in sports like ballet, gym and swimming without a packer in their underwear.

“There’s a serious issue behind all of this. It prevents trans kids from participating in a lot of sport,” she says.

This issue does have a lighthearted side, though. Reflecting on her search to find her son appropriate products, Ellie describes her situation as “tragicomic.”

“I’m an adult, married heterosexual woman who doesn’t have a child with a penis,” she says, “I don’t really know what children’s penises look like and yet I’ve had really explicit conversations with strangers about children’s penises.”

Jake’s problem gradually arose after he socially transitioned into a boy. Ellie became aware that he was packing socks into his underwear.

“They were moving around. They were chaffing. They were too big a lot of the time. He asked me repeatedly to do something about it and I didn’t know what to do about it at all. I had no idea,” she says.

“The problem I hit almost immediately is that you can’t get anything realistic in a kids’ size in Australia at all,” Ellie continues.

The company Ellie and Jake ended up purchasing from is TranZwear, based in San Francisco, California. It stocks underpants, packers and stand-to-pees for female to male transgender children aged three upwards.

The business owner, Den Kirkwood-Tucker, explains via email that he operates a “community-based shop” and works carefully with each family to take into account the child’s “age and where they are in their transition.”

Mr Kirkwood-Tucker specialises in custom orders and has consistently refused “offers to sell my designs and products to the adult industry.”

“These products are key for trans kids and adults to help them move forward in their gender transition and are not sex related items,” he writes.

TranZwear has expanded the kids’ line in the last year because of growing demand and Australia and New Zealand are the “largest international customer base,” Mr Kirkwood-Tucker says.

The parents of male to female transgender children face a different set of challenges in respect of their children’s underwear.

Karyn, mum of 6-year-old Lottie, says she noticed her daughter’s undies were suddenly too tight after a growth spurt. Lottie kept “grabbing” her genitalia and confessed she was uncomfortable.

Girls’ underpants are “not really designed for boys’ or a boys’ anatomy,” Karyn says, somehow managing to laugh and be matter-of-fact at the same time.

“I bought the plainest boys undies in white and black and probably grey I think, and just decorated them,” she says. 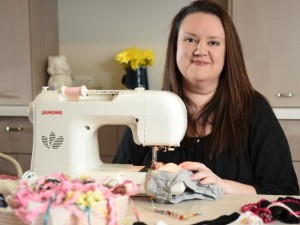 This involved sewing on stretch lace, ironing on love-heart patches and even a few rhinestones here and there.

“It’s not about denying that there’s something there or flattening it or pushing it aside or away, but about just accepting that we have to dress to what we have,” Karyn says.

“We don’t always have the features or the body that we want, but we can still feel beautiful,” she adds.

Some transgender girls prefer clothing that disguises their genitalia. Seamstress Chris McKelvey, owns an Etsy store called LeoLines. She started making items for transgender girls four years ago when a mother asked if it was possible to modify a bathing suit for her male to female daughter.

Since then Ms McKelvey has made more than 1000 pieces of clothing for transgender children, including underpants and various types of active wear.

“About 85 per cent of my business is transgender, both male to female and female to male and of that, about 50 per cent is children,” Ms McKelvey says.

In the case of making underpants for transgender girls, Ms McKelvey considers the padding, the fabric, and the cut.

“It needs to be comfortable, have good coverage, be colourful and fun-looking,” she says, and also includes “the additional thickness in the crotch area.”

Ms McKelvey says the padding “hides the bump,” and is helped along by a cut that has “full rear coverage which pulls the front firmly.”

“Stitching holds the padding in place during movement and during washing,” she continues.

While Jake waits for his package to arrive from America, Karyn has been helping Ellie by making some handmade “packers.”

While the pattern isn’t quite right yet, Ellie is extremely grateful. “We discovered that it’s actually really quite hard to get something to sit properly,” Ellie says, laughing, “we’re still working on it.”