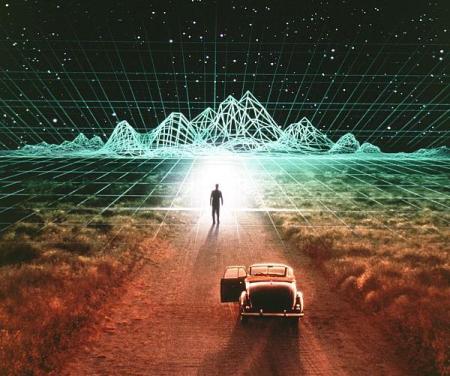 TRICKED BY THE LIGHT: HOW SOULS ARE PROGRAMMED TO GO TO THE MOON/SUN AT DEATH TO BE RECYCLED AS ENERGY New Theory of Life and Death — How to Win the Game of Life and Escape the Prison Planet Earth which is a Matrix Illusion that We Dream.

I have good news and bad news. First the bad news: Life contains a lie. What you believe is full of lies, secrecy, tricks and deception at every level — religion, politics, science, our language, the media, entertainment sources such as movies and music, corporate logos, and advertising — and the earth is an electromagnetic gravitational prison planet in which we are held as prisoners imprisoned by our body cells. The first thing you learn when you go to school is how to spell. We spell words to create a sentence — a jail term and it’s a life sentence. We use curse words and write with cursive writing. . Why do we say when someone is out of luck that they are S.O.L.? Why do we have products like Sun Kist, Star Kist, and Gold Kist Farms? What is a Kist? Why do almost all major corporations use either the sun, moon or pyramids in their logos? Why were all major religions given to us by princes from elite royal families or wealthy members of nobility? Why are religious messiahs called the son of God and depicted with the sun as a halo? Why does the world’s largest political celebration, the World Olympic Games, have a priestess light what they call a cauldron with the light of the sun and keep an eternal flame burning throughout the games? Why do world leaders gather each year at Bohemian Grove and participate in a druidic ceremony called the Cremation of Care which reenacts sacrificial rituals from ancient Canaan at the base of a forty foot owl? Why do so many musicians say they have sold their soul, use illuminati hand signs and use cryptic language in their songs? Why do musical artists such as Katy Perry seem to incorporate witchcraft into their videos? Why does Hollywood take its name from the holly wood that a magic wand is made from and why do they use terms such as casting and programming? Why does the organization that gives Emmys and Oscars, NATAS, use an acronym that is Satan spelled backwards and why does the statue they give out for awards, the Oscar, look like and is named after an egyptian god named Ausur or Osiris? Why do we have an egyptian pyramid on the back of our dollar bill? Why does the moon rotate at just the right speed so that the same side always faces toward Earth and why does it appear in our vision as exactly the same size as the sun during a total eclipse? What is the purpose of “evil” and Trickster Gods. And, finally, why are we told we go to the light at death? I answer these questions and many more on this website.

5 thoughts on “Tricked By The Light With Wayne Bush”

https://crazzfiles.com/wp-content/uploads/2015/08/TRICKED-BY-THE-LIGHT-WITH-WAYNE-BUSH.mp3Podcast: Play in new window | DownloadSubscribe: Apple Podcasts | Email | RSS “PODCAST” Disconnecting From MSM Propaganda & The Big Virus Lie With Dawn Lester On tonight’s podcast show 25/01/23 i am joined by author and researcher Dawn Lester to chat about her incredible work and break down the entire COVID PSYOP.  Dawn Lester[…]