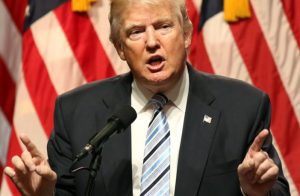 Gender is biological and determined at birth, they claim. According to a document releasedby The New York Times, President Donald Trump plans to introduce a narrower definition of gender.

The proposed definition would define sex as either male or female, unchangeable, and determined by the genitals with which a person is born.

The Trump administration requires an explicit and uniform definition of gender that is determined “on a biological basis, that is clear, grounded in science, objective and administrable”.

Any dispute about one’s sex would have to be clarified using genetic testing, writes the newspaper.

Thus, Obama’s liberal rules, which, among other things, recognised gender largely as an individual’s choice and not determined by the sex assigned at birth may be torn up.

2 thoughts on “Trump: There are two genders – male and female”