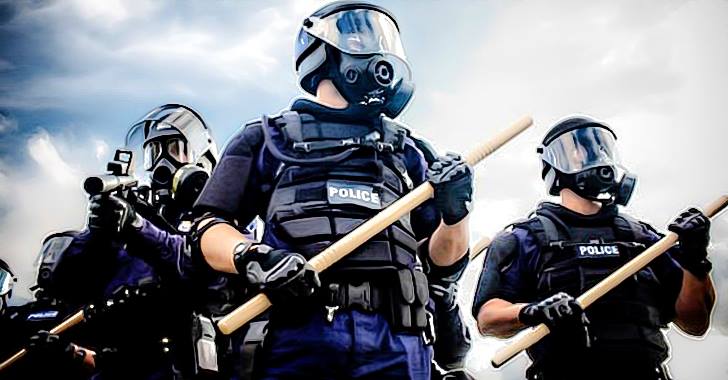 Last week, Human Rights Watch penned an open letter to the House and Senate Judiciary Committees voicing their strong opposition to a new bill that would make it nearly impossible to sue police for constitutional violations. Senator John Cornyn (R-Tex.) and Representative Ted Poe (R-Tex.) proposed the identical bills on May 16th “[t]o protect law enforcement officers, and for other purposes.”

Co-Director of Human Rights Watch Alison Parker writes that H.R. 2437/S.B. 1134, or the “Back the Blue Act,” doesn’t protect police from danger, but rather “protects police departments from liability, and removes incentives for those departments to monitor themselves and improve the quality of their policing.”

The proposed bill would make significant amendments to Sections 1983 and 1988 of the U.S. Code, shielding police officers from civil liability even in cases of grievous misconduct, making new federal crimes out of offenses already covered by state laws and imposing harsh mandatory minimum sentences.

Qualified immunity already provides police with broad protection from liability by requiring proof that not only were an individual’s rights violated but whether or not a reasonable officer was aware that their misconduct violated the plaintiff’s rights. Qualified immunity has been described by experienced civil rights litigator and professor of law Alan K. Chen as “one of the most impenetrable barriers to liability for constitutional violations.” According to Professor Chen, “the Court has shaped the doctrine in ways that make it more closely resemble absolute immunity.”

Under the Back the Blue Act, if police can prove that the violation and any injuries or damages inflicted“incurred in the course of, or as a result of, or . . . related to, conduct by the injured party that, more likely than not, constituted a felony or a crime of violence . . . (including any deprivation in the course of arrest or apprehension for, or the investigation, prosecution, or adjudication of, such an offense),” the offending officer would be responsible for out-of-pocket expenses only. The law would also preclude victims from recovering attorneys’ fees.

As the letter explains:

This amendment means that if police arrest someone for selling marijuana, and beat him without justification, that person may only recover medical expenses, but nothing for emotional distress, pain and suffering or punitive damages to deter future misconduct. If a police officer unlawfully shoots and kills someone committing an act of vandalism, the police department would be liable for funeral expenses and nothing more. Such a limit on liability would make it much harder for victims of abuse to secure effective legal representation, and remove a major restraint on unjustified violence by police officers.

The new bill also imposes harsh mandatory minimum sentences under federal law for any assault on a police officer causing “bodily injury,” which is defined to include injuries as minor as a bruise, abrasion, or even the temporary feeling of physical pain. This removes the court’s discretion, preventing judges from issuing sentences proportionate to the individual circumstances of the case. In addition, the Back the Blue Act will expand the federal death penalty to include those convicted of killing police, removing certain habeas corpus protections and again limiting judicial discretion — even in states that have abolished the death penalty.

“Under the guise of protecting officers, this bill would make police less accountable, which can only undermine their legitimacy with the communities they serve,” said John Raphling, senior criminal justice researcher at Human Rights Watch. “Congress should reject this dangerous bill.”

Human Rights Watch’s observations are all the more vital considering at least 385 Americans have been killed by police this year alone, and officers around the country continue to impose constitutional violations on citizens every day.