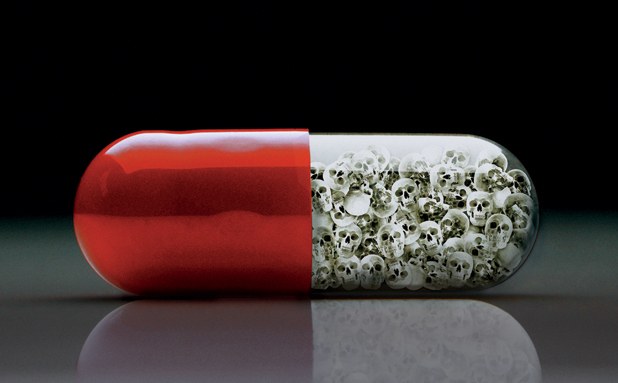 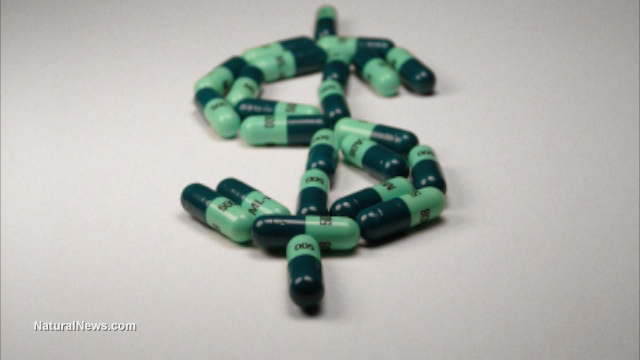 (NaturalNews) I have come to the conclusion that it is just too much to ask the corporate media to be honest when reporting aboutnatural and alternative medicine, because time and again they have proven that their Big Pharma bottom line is more important than doing what a newspaper is supposed to do, namely to provide readers with the truth.
In a recent story, USA Today reported that Americans spend north of $30 billion a year on “at least one type of complementary health approach, which could include message therapy, tai chi, chiropractic manipulation, homeopathic treatment, hypnosis and energy healing therapy.”

Using data provided by the National Center for Health Statistics, the paper noted that while these costs amount to a paltry 1 percent of annual health care spending – with most of the other 99 percent going to managing disease rather than preventing it – the figure is “comparable to expenditures for conventional physician visits and prescription drug use.”

Now, at this point you might think that the reporter would interview a professional who sells and/or provides these medical services, like a homeopathic or naturopathic physician or provider, to discuss supplements, alternative health and non-traditional medical treatment.

Offit – paid off by Big Pharma

But no. The reporter instead hits up one of Big Pharma’s biggest cheerleaders – and a man who certainly has an interest (and a financial one at that) in ensuring that as many Americans as possible remain addicted to traditional medicine – the vaccine pimp known as Paul Offit:

Chief of infectious disease at Children’s Hospital Philadelphia Paul Offit thinks Americans are willing to spend billions on alternative healthcare because they see a tremendous value in the industry, which he says is loosely regulated for safety and efficacy.

“You are putting a lot of faith in something you shouldn’t have much faith in,” he said. “They don’t have to test for safety and usefulness as long as they don’t make a serious medical claim.”

What the paper didn’t report was that Offit, perhaps the most prolific of all shills for vaccines, who once said that kids could theoretically tolerate “10,000 vaccines at once,” is also a vaccine developer who has profited handsomely from past vaccine-related patents and deals with major pharmaceuticals, as unearthed by by then-CBS Evening Newsinvestigative reporter Sharyl Attkisson.

Also, as noted by TruthWiki:

Paul Offit is the Director of the Vaccine Education Center at a children’s hospital in Philadelphia. The CDC recommends Offit’s rotavirus vaccine (for infants); however, auspiciously, Offit is also a founding advisory board member of the Autism Science Foundation. Autism has been linked to the MMR (measles/mumps/rubella) vaccine by Whistleblower vaccine scientist from the CDC, Dr. William Thompson himself in a stunning confession.

In 2008, the program “Every Child by Two” and Dr. Paul Offit received hundreds of thousands of dollars in funding from Pharmaceutical companies that manufacture vaccines. They claim this has no influence on their vaccine “safety” stance, but this has been exposed otherwise by reliable journalists. There is missing information on just how much Offit profited from the sale of his invention of a Rotavirus vaccine (that’s never even been proven to work), but estimates are between $30 and $55 million of the 150 million dollar deal that was struck.

There’s more. Offit’s claim that alternative health compounds are not well-regulated is just plain false. The USA Today reporter at least talked to someone from the industry who would know – Daniel Fabricant, executive director and CEO of the National Products Association, and former director of Dietary Supplement Programs at the FDA. He told the paper that dietary supplements don’t claim to cure or mitigate diseases, and indeed are regulated just like other drugs.

“People are fed up with the type of care they get from primary physicians that is covered by insurance,” Fabricant said. “Across the board, people are looking for ways to stay healthy on their own.”

People are also fed up with Big Pharma-compromised physician-shills who laughably claim that their backing of vaccines has nothing to do with their development of vaccines.

Americans will continue to seek truth where they can find it when it comes to alternativemedicine and the dangers of vaccines. Obviously they can’t count on it from USA Today,and they certainly can’t count on it from Big Pharma’s biggest cheerleader, Paul Offit. Together, they seem content to watch people die from traditional medicine, rather than live with alternative treatments.