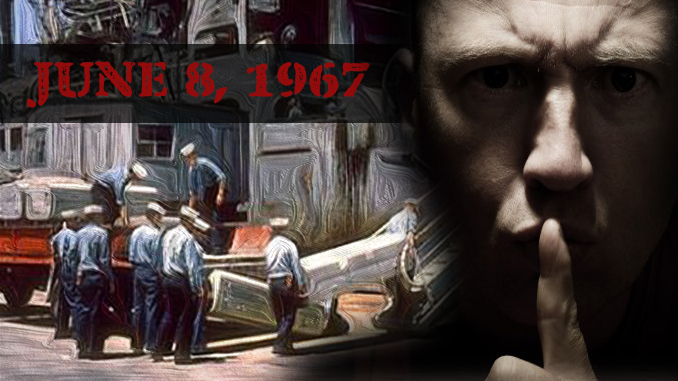 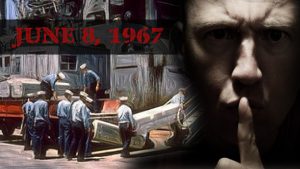 After 57 years, the 34 sailors killed and 174 wounded in Israel’s unprovoked, outrageous attack on the USS Liberty continue to deserve justice, and for the public to know the truth about America’s “best friend” in the Middle East.

Earlier this month, the U.S. celebrated the 75th anniversary of D-Day with accolades to the armed forces and thanks to surviving veterans. The country stood strongly with the military. But, June 8, two days later, is the 52nd anniversary of a day of shame when Washington turned its back on the U.S. Navy. It was June 8, 1967 when the USS Liberty, a surveillance ship stationed off the coast of Egypt was attacked by Israeli fighter aircraft and torpedo boats. The Israelis were unable to sink the Liberty but managed to kill 34 American sailors and wound 174. Seventy percent of the crew were casualties of the Israeli attack.

The White House, fearing the Israel Lobby, prevented the U.S. Navy from going to the defense of the Liberty, thus sacrificing American lives, and further dishonored the U.S. Navy by ordering Adm. McCain, father of the late Sen. John McCain (R-Ariz.), to orchestrate a coverup. The surviving crew were threatened with court-martial and imprisonment if they spoke about the event. It was 20 years before one of the surviving officers wrote a book about the greatest act of shame the U.S. government ever inflicted on the U.S. military.

n 2003, 36 years after the Israeli attack on the Liberty, Adm. Tom Moorer, former chief of Naval Operations and chairman of the Joint Chiefs of Staff, convened the Independent Commission of Inquiry into the Israeli Attack on the USS Liberty, the Recall of Military Rescue Support Aircraft while the Liberty was Under Attack, and the Subsequent Cover-up by the United States Government. The commission consisted of Moorer, Gen. Raymond Davis, former Assistant Commandant of the U.S. Marine Corps, Rear Adm. Merlin Staring, former judge advocate general of the U.S. Navy, and Amb. James Akins, former U.S. ambassador to Saudi Arabia. You can read the report online, at Wikisource, for example, by searching for “The Moorer Report.”

The report is devastating. Among the report’s conclusions, these stand out:

That due to the influence of Israel’s powerful supporters in the United States, the White House deliberately covered up the facts of this attack from the American people;

That due to continuing pressure by the pro-Israel lobby in the United States, this attack remains the only serious naval incident that has never been thoroughly investigated by Congress; to this day, no surviving crewmember has been permitted to officially and publicly testify about the attack;

That there has been an official cover-up without precedent in American naval history; the existence of such a cover-up is now supported by statements of Rear Admiral Merlin Staring, USN (Ret.), former Judge Advocate General of the Navy; and Captain Ward Boston, USN, (Ret.), the chief counsel to the Navy’s 1967 Court of Inquiry of Liberty attack;

That the truth about Israel’s attack and subsequent White House cover-up continues to be officially concealed from the American people to the present day and is a national disgrace;

That a danger to our national security exists whenever our elected officials are willing to subordinate American interests to those of any foreign nation, and specifically are unwilling to challenge Israel’s interests when they conflict with American interests; this policy, evidenced by the failure to defend USS Liberty and the subsequent official cover-up of the Israeli attack, endangers the safety of Americans and the security of the United States.

After interviewing many of the survivors, Capt. Ward Boston, who was assigned to cover up the attack and afterward repudiated the cover-up, and Bill Knutson, the executive officer of the USS Americafighter squadron that was called back on orders from the White House, and lengthy discussions with Moorer, my former colleague at the Center for Strategic and International Studies, I have written about the Israeli attack on the Liberty a number of times.

My conclusion: All who discount the influence of Israel on the U.S. government are ignorant fools.

Dr. Paul Craig Roberts was assistant secretary of the U.S. Treasury under President Ronald Reagan and was associate editor and columnist at The Wall Street Journal. He has been a professor of economics in six universities and is the author of numerous books available at www.AmericanFreePress.net.