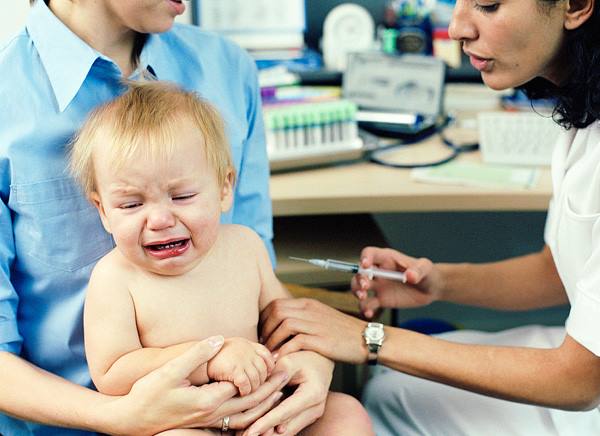 Vaccines Blamed for Alarming Increase in Seizure Disorders Among Children

The rates of seizure disorders in children have skyrocketed in recent years, with one in 20 children under the age of five now suffering from epilepsy. Many parents know vaccines are to blame, as their children suffered seizures shortly after vaccination. Government officials say it’s mere coincidence. [1]

Epilepsy is the formal medical diagnosis given to patients who suffer multiple seizures.

According to the Epilepsy Foundation, at least 326,000 children in the United States have been diagnosed with epilepsy, with an additional 200,000 cases diagnosed each year. [2]

Epilepsy is a condition in which seizures occur on a repeated basis, at least “two or more unprovoked seizures,” according to Johns Hopkins University. [3]

According to Sarah Shalev, MD, an epilepsy fellow at the University of California, San Francisco, “a seizure occurs when too many nerve cells in the brain ‘fire’ too quickly, causing an ‘electrical storm.’” [4]

In the United States, about one in 100 adults live with epilepsy, and one in 20 children under the age of five are believed to have the disorder.

There are over 40 different types of seizures. Some involve convulsions, such as tonic clonic or grand mal seizures. Others, such as absence seizures, do not involve obvious convulsions.

Infection of the brain is one cause of seizures and epilepsy. There are many kinds of epilepsy, and the type of seizures a child has can change as they grow.

Symptoms of seizures include blackouts, confusion, fainting spells, episodes of blank staring, sudden and unexplained falls, and episodes of blinking or chewing at inappropriate times. Epilepsy is diagnosed through a combination of patient history, medical tests, and a neurological exam.

Will You Stand by Us?Vaccines harm children every day. Your generous gift helps us bring you more stories like this one and help families in need. Click here to learn more…

Facts About Seizure Risk From the Vaccine Package Inserts

Sadly, vaccines are to blame for many cases of childhood epilepsy. Vaccine-related causes of epilepsy can include fever, infection, and swelling of the brain. Children with autism, which has been connected to vaccines in studies, have a higher rate of seizures. [5]

According to the vaccine package inserts from the vaccine manufacturers, seizures are reported as a risk for vaccines against chicken pox, measles, mumps, rubella, whooping cough, pneumococcal disease, polio, tetanus, hepatitis B, diptheria, and rotavirus. [6-10]

Additionally, although its package insert does not specifically list seizures as a risk, the flu vaccine increases the risk of encephalopathy, which is a disorder of the brain that impairs function, also increasing the risk of seizures. [11, 12]

Encephalitis, which causes swelling of the brain, another adverse reaction from vaccines, also increases the risk of seizures. [13]

For members of the military who are force-vaccinated against smallpox, this vaccine also carries an increased risk of encephalitis, encephalomyelitis, encephalopathy, neurological disorders which increase the risk of seizures. [14]

The package insert for the measlses, mumps, and rubella vaccine cautions patients against using this vaccine if their family has a history of convulsions. [15]

VAERS Data About Vaccines and Seizures

A search of the Vaccine Adverse Events Reporting System (VAERS) shows that following vaccination, 13,288 cases of seizures have been reported, as well as 1,670 cases of epilepsy. A search of VAERS data for various forms of encephalitis and encephalopathy shows that 1,490 associated adverse events have been reported. These conditions could lead to seizures later. [16]

According to the Centers for Disease Control and Prevention, “VAERS receives reports for only a small fraction of actual adverse events.” The National Vaccine Information Center states that less than one to ten percent of adverse reactions to vaccines are ever reported. [17, 18]

Risk of Death From Seizures

A similar study conducted in the Netherlands supported these findings, with research showing children with seizure disorders were nine times more likely to die than healthy children. All of the children who died in this study also faced additional neurological problems. [19]

Risk of Brain Damage From Seizures

According to research published by the American Journal of Neuroradiology, seizures can cause brain damage. Animal studies have shown that seizures can cause damage to the hippocampus. Another study demonstrated temporal lobe epilepsy in human subjects caused “progressive brain dysfunction.”

The author of the article, Dr. Richard A. Bronen, stated, “When seizure activity is markedly prolonged … brain damage can occur quickly and be profound.” [20]

Other Risks and Health Complications From Seizures

In addition to the increased rates of death, brain damage, depression, and anxiety for people who have epilepsy, the medications they must take to combat seizures also carry serious side effects. Side effects for anti-seizure medications include tiredness, stomach pain, confusion, dizziness, liver problems, poor coordination, balance issues, unsteady walking, bone loss, headache, cognitive problems, mood and motivation issues, and loss of energy. [22]

Obsessive compulsive disorder is also commonly diagnosed in people with epilepsy, as supported by a number of medical studies. [23]

Sleep issues are also a serious concern for people with epilepsy. According to the Epilepsy Foundation:

Epilepsy is a serious medical condition with far-reaching implications for children, adults, and their families who are affected by this neurological disorder. Many different vaccines put children at an increased risk of developing epilepsy, and the effects of suffering repeated seizures can last for years or for a lifetime.

Has your child suffered a seizure following vaccination? If so, please share your story in the comments below, and share this article with other parents to help them learn about the true risks of vaccines.