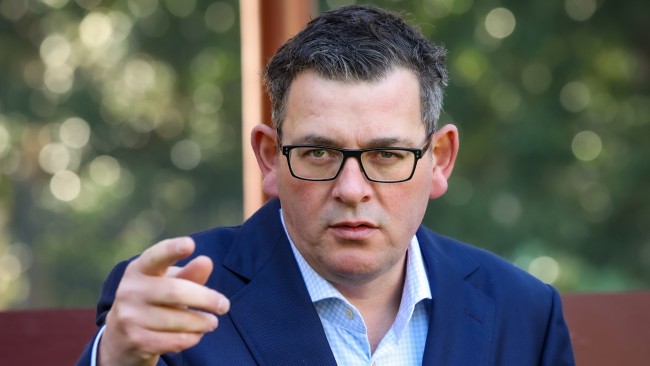 It is hard to think of a more over-exposed premier in Australia than Daniel Andrews – and it has come at a pretty penny to the taxpayer.

Building the Cult of Daniel Andrews has been a successful pursuit – he has more followers on Facebook than any other premier in the country and even more than Prime Minister Anthony Albanese.

But the good people of Victoria, it can now be revealed, have been billed more than $1 million for Facebook advertising since 2015.

That’s $1 million worth of self-aggrandisement. Pure self promotion to make Mr Andrews and his government look good.

The Cult of Daniel Andrews has been integral to the government’s success. It is a government that has always cared about keeping up appearances – and putting Mr Andrews’ political nous front and centre has been a big part of that.

Who could forget the daily Covid press conferences, the premier clad in a North Face jacket? What Mr Andrews would wear to his press conferences became as much of a topic as what was actually said – and that was the point.

Mr Andrews and his offsider, chief health officer Brett Sutton were the great sources of truth. You had to tune into their daily addresses because what they said would decide whether or not you could exercise your basic civil liberties.

This turned many people off Mr Andrews. But it also convinced another cohort that he was a strong leader. It was the Daniel Andrews Show and everyone was watching – even if you didn’t like what you were hearing.

Mr Andrews love of power is well documented – on and off the record – by current and former colleagues. Centering the government’s message around Mr Andrews gives him more control.

Which is why Facebook is such an effective tool for Mr Andrews and other leaders who wish to push out their messages unfiltered and without the pesky fact-checking powers of an outfit like Sky News.

That $1 million in Facebook advertising is not for public service announcements. It’s for spin to make Mr Andrews look good.

Social media is an unregulated market for politicians to spin whatever message they like to the public, using analytical tools to target their messages to certain demographics and appealing to people who will eat up their every word.

For Mr Andrews, that’s a godsend – and one he can make you pay for.

And not only that. The Andrews government spent more on all forms of advertising than any other state government in the first half of this year.

The Andrews government spins harder than the wheels of Lance Armstrong’s bike when he was on EPO.

Governments will always spin and try to control the message. But the Andrews government has taken it to another level.

Social media has made the task of self-congratulation and message control easier than ever before.

And we’re the schmucks who pay for it.