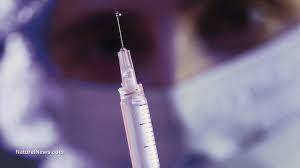 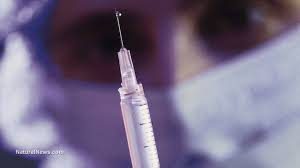 Six vaccines in one dose. What could possibly go wrong? Well, a lot, actually. But that’s not stopping the country’s health officials from pursuing the sacred super vaccine that would allow them to vaccinate their population with much greater ease.

According to Vietnam News.

HÀ N?I – Vi?t Nam is expected to produce six-in-one vaccines in 2017 or 2018 and by 2020 these will be used widely in the country, according to the health ministry.

Vi?t Nam already manufactures 11 out of 12 vaccines used in the nationwide expanded free immunisation programme for children, including vaccines against tuberculosis, diphtheria, whooping cough, tetanus, measles, poliomyelitis, hepatitis B, Japanese meningitis B, cholera, typhoid and rubella.  In November 2016, Viêt Nam announced the successful production of a measles-rubella vaccine (MR) for the first time.

Vi?t Nam is one of only 25 countries in the world that can produce vaccines and is the fourth in Asia to manufacture the MR vaccine, following Japan, India, and China, the Nhân Dân (People) weekly reported.

This is the first vaccine that has been produced in Vi?t Nam by the health ministry’s Centre for Research and Production of Vaccines and Biology (POLYVAC) under a technology-transfer project launched by the Japan International Co-operation Agency (JICA).

The bad thing here is that super dosing leaves behind way too many variables when a child has a side-effect. It would be virtually impossible to figure out which vaccine dose led to the reaction. And the country isn’t even considered a safe space to produce these super vaccines.

However, challenges remain ahead for the vaccine production. Vi?t Nam is able to produce only single vaccines or certain types of material for mixed vaccines (multi-function vaccines that have from four to six vaccines in one dose).

In 2019, Vi?t Nam will no longer receive support from the Global Alliance for Vaccines and Immunization (GAVI) in regard to the five-in-one vaccine that protects people from diphtheria, tetanus, whooping cough, polio, and Hib disease.

The future of vaccines likely resides in super vaccines. This allows swift vaccination processes. Once you are able to get all the vaccines into the person, they can no longer research or make decisions which might ultimately lead to them declining the vaccine. And super vaccines would likely be hugely profitable and give pharmaceutical companies the advantage of slipping in even more doses. If someone normally declines a flu shot but gets a Tetanus shot, pharma could just bundle it to circumvent any hesitations.

One thought on “Vietnam To Produce Six In One Super Vaccines”