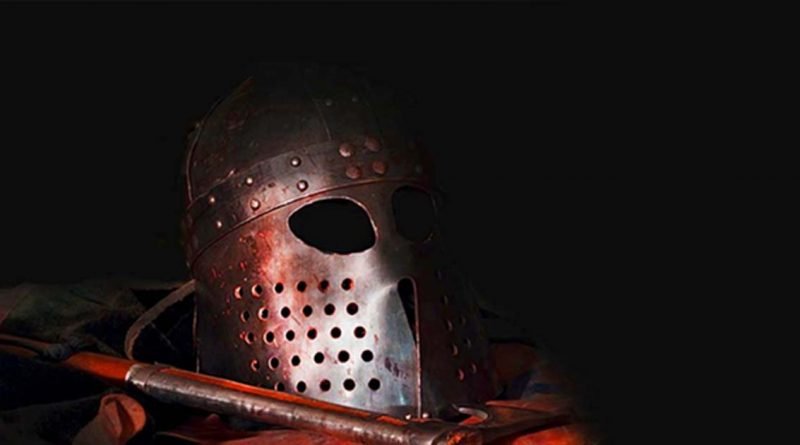 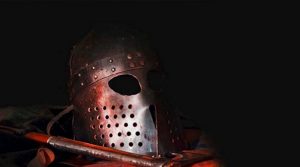 As science progresses and archaeologists are forging new positive relationships with developers around Irish heritage, more secrets from Ireland’s Viking past are coming to light, and they are not just found in burial grounds, unearthed dwellings, and old settlements; they can be found in the DNA of the modern-day Irish people. The Vikings may have only been present in Ireland for three centuries – a drop in the ocean compared to its long and dramatic history – but recent research is showing that their influence was far greater than previously realised.

It has long been known that the Vikings – in Ireland’s case, the Norse and the Danes – eventually settled down and lived alongside the Irish clans, in some cases intermarrying and allying themselves with Irish chieftains.

“As early as the middle of the ninth century we hear of a mixed race called the Gall-Gael (Gaill-Gaedhil) of partly Scandinavian and partly Irish blood, who began to collect formidable armies. Intermarriage and settlement must thus have been frequent at a date when it is customary to think of the Norse as mere occasional raiders along the coasts.” (Hull, 1931). 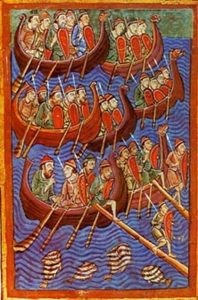 The intermingling between the Vikings and the Irish is reflected in many of the surnames present in Ireland today: Doyle (son of the dark foreigner), MacAuliffe (son of Olaf), and MacManus (son of Manus), all originate from Viking warriors who married Irish women. Other Norse names found in Ireland include Cotter, Dowdall, Dromgoole, Gould, Harold, Howard, Loughlin, Sweetman and Trant.

It was widely assumed that the genetic contribution of Vikings to the Irish was relatively small, with just a few surviving surnames as their legacy. Supporting this belief was a genetic study conducted in (2006), which showed little remaining signature of the Viking ages in Irish DNA (McEvoy, B., et al., 2006). However, it only examined the paternal line of Irish individuals that carried Norse surnames and used only one percent of available genetic information.

A more rigorous study conducted by the Royal College of Surgeons in Dublin in December, 2017, revealed that the Vikings’ genetic contribution to Irish DNA had been largely underestimated. Their research pieced together a ‘DNA atlas’ using the genetics of 536 Irish men and women. Their results turned up a “surprising level” of Norwegian related ancestry, predominately from counties on the north or western coasts of Norway, where Norse Viking activity originated from.

“The effect of the Norse Vikings on the genetic landscape of Ireland seems to be shared across Ireland, and not limited to regions of Norse settlement, e.g. Limerick, Waterford, Wexford, and Dublin,” the study authors reported in their paper published in the journal Scientific Reports . 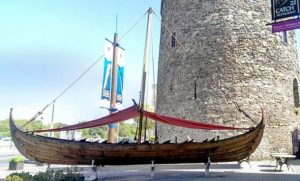 Just weeks later, another study concurred that the Vikings made a lasting impression on the DNA map of Ireland. Scientists from Trinity College Dublin (TCD), the Wellcome Trust Sanger Institute at Cambridge, and University College London, mapped genetic similarities and differences between almost 1,000 Irish individuals and more than 6,000 from Britain and mainland Europe. They also found that the Irish have far more Viking ancestry than previously discovered.

“Of all the European populations considered, ancestral influence in Irish genomes was best represented by modern Scandinavians and northern Europeans, with a significant single-date one-source admixture event overlapping the historical period of the Norse-Viking settlements in Ireland,” the study authors wrote in the journal PLOS One .

Unlike the study conducted by the Royal College which found the genetic traces of Vikings spread across the whole of Ireland, the Trinity College study found that the strongest signals were in the south and central Leinster (consistent with the largest recorded Viking settlement in Ireland based in present-day Dublin), followed by Connacht and north Leinster/Ulster.

“The long and complex history of population dynamics in Ireland has left an indelible mark on the genomes of modern inhabitants of the island” co-author of the study  Professor Russell McLaughlin told the MailOnline.