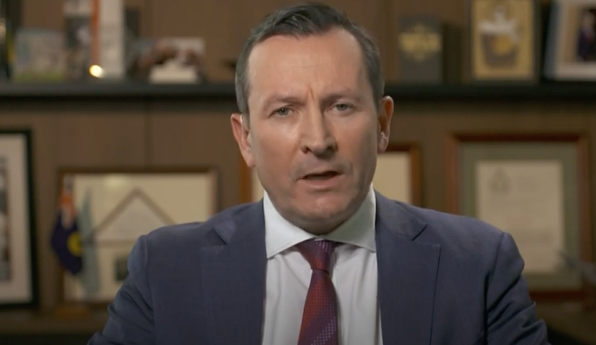 Western Australian Premier Mark McGowan has banned any group that disagrees with his government from hosting events in state-funded facilities.

The exclusive venue hire policy was enforced just days after the state government’s definitive win in the March election.

The edict asks that state-owned facilities do not accept individuals or organisations ‘where the content of the event does not represent the views of the West Australian government or the vast majority of Western Australians’.

The policy specifically prohibits venues being hired by political parties for the purpose of electioneering and fundraising, but several venues recently hosted WA Labor candidates, The Australian reported.

Facilities managed by the Perth Theatre Trust and fellow government body VenuesWest were hired by the party during the lead-up to the election.

A Christmas concert put on by Labor MP Peter Watson was held late last year at the Albany Entertainment Centre, followed by his farewell in the same venue in January.

Rebecca Stephens, his replacement in Albany, followed her predecessors example and held an event at the Entertainment Centre just before the election.

To top if off, the state-owned Perth Arena was hired by the Labor Party for its campaign launch.

The Perth Theatre Trust updated its venue hire policy on March 15, just 48 hours after Mr McGowan won the election in a landslide victory.

The renewed policy holds similarities to an edict from Mr McGowan in 2017.

The trust controls a suite of state-funded venues including His Majesty’s Theatre, Perth Concert Hall, Subiaco Arts Centre, and the State Theatre Centre of WA.

In the 2020 financial year, the trust was awarded $14.76 million from the state government, accounting for the majority of its funding.

The policy has put on hold the plans of the Australian Christian Lobby, which organised a series of functions in state-owned venues across WA.

The Perth Theatre Trust rejected the ACL’s request to book the Albany Entertainment Centre and the Perth Concert Hall for appearances of the group’s head Martyn Iles.

The trust cited the ACL had ‘politically motivated objectives’.

The group recently came to blows with the state government on issues such as the voluntary assisted dying legislation which came into effect at the start of July.

The ACL is now toying with the idea of taking legal action against the trust, arguing the policy is potentially in breach of section 62 of the Equal Opportunity Act.

That act makes it unlawful for a person to not make facilities available to another person on the grounds of their religious or political convictions.

Peter Abetz, the WA state director of the ACL, described the policy as a serious example of government censorship.

‘I’d be very keen to see it progressed and the policy gets changed, or if they don’t do it voluntarily, then perhaps we need to go to some kind of discrimination tribunal,’Mr Abetz said.

Mr Wellington vowed to raise the issue at the next council meeting seeing as the city of Albany coughs up $400,000 a year to maintain the entertainment centre.

‘[The ACL] are not illegal, they have a right to their opinion, and I cannot see a reason why they shouldn’t be allowed to use the damn thing,’ he said.

The Perth Venue Trust said it hired out venues in accordance with its venue hire policy.

‘PTT is currently considering the specific matters raised by the Australian Christian Lobby,’ it said.