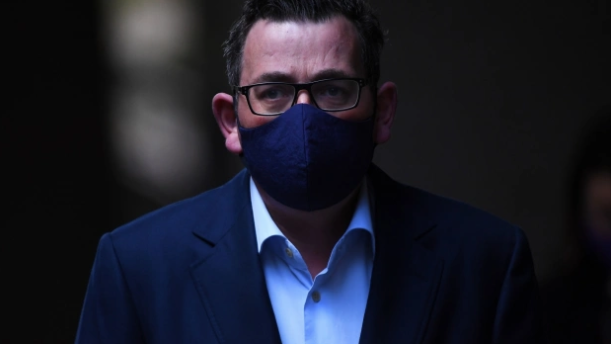 Or is the Victorian population at large suffering from a type of Stockholm Syndrome?

It’s no secret that the Andrews’ government handling of the so-called pandemic was atrocious.

Victoria saw the harshest and longest lockdowns in the country and in some cases the world.

The brutal treatment of Covid lockdown protesters by Victorian police was condoned by the premier along with the heavy handed tactics by multiple government departments who enforced ridiculous measures to “stop the spread” under the guise of public health.

The people of Victoria and in particular it’s capital, Melbourne, were going bankrupt and closing their businesses. Depression and suicide were at an all time high and all the while Daniel Andrews promised in daily news broadcasts that he was keeping them safe.

Victoria was the only state in Australia that saw negative population growth figures in the last 2 years. More than 100,000 people fled the state to find refuge in other Australian states. Where the lockdowns were ended. Where they could leave their homes without fear of being fined or arrested by police. Where masks didn’t have to be worn in public. Where their human rights were still largely intact.

One wonders why on Earth the man labeled “Dictator Dan” would ever be voted for again after what he and his government had done to the people they governed.

Yet here we are. The Labor Party won the recent Victoria State election and Daniel Andrews retains his position as the Premier of Victoria.

Was this election legitimate? Or was this a type of Stockholm Syndrome on a grand scale? A “Victorian Syndrome” if you will.

Stockholm Syndrome has been described as a psychological response by hostages or those in abusive relationships where the abused bond with their abusers or captors. This is done as a survival mechanism but may ultimately result in the demise of the abused or captured individual.

Perhaps the majority of the public was suffering from this syndrome. Perhaps Victorians began to bond with their oppressor, their captor as a response to the abuse dishes out by the Victorian government. Maybe they actually began to see Daniel Andrews as Big Brother. The one who is keeping them safe. It’s definitely a possibility and very likely.

The constant propaganda was and still is extremely manipulative. It’s quite understandable that the public would vote their oppressor back in.

But would that be enough to secure a win for the Labor Party and the Andrews government?

Every election sees shenanigans being played out no matter where they’re held. The recent Victorian State election was no different.

According to reports by voters several voting stations across the state had run out of ballot papers and people were unable to cast their vote. Catani, Bayles, Koo Wee Rup, Grantville along with Bass were among them.

Thousands of people were turned away from voting stations in various electorates and due to there being no ballot papers. Voters were told to go to other electorates nearby to cast their vote. Most then had the same result. No ballot papers.

Was this VEC official removing ballot papers from the Bass electorate to intentionally prevent the public from voting? Possibly.

Should voters write to the Victorian Electoral Commission (VEC) and complain? Should they request the Minister of Parliament responsible for the VEC to investigate and perhaps call for the election to be held again?

Surely that’s a reasonable course of action? So who is the Minister of Parliament responsible for the Victorian Electoral Commission? Well that in itself is interesting.

Danny Pearson is listed as the sole Minister responsible.

However if you look at the Web Archive it shows the VEC Wikipedia page was changed on Sept 9 2022. So what was changed?

That’s right. Daniel Andrews was the other MP in charge of the VEC. So why was his name removed? Could it have possibly been because it would be seen as a conflict of interest in the eyes of voters?

Or is it more likely that when Daniel Andrews won the election it was to remove evidence of him having anything to do with how the VEC have conducted themselves and run the election?

Even the ABC has been forced to write about the ballot paper shortages:

Only a couple of hundred votes separate the Labor and Liberal candidates in the electorate of Bass, south-east of Melbourne, and now concerns are being raised about booths running out of ballot papers.

There has been a culture of election rigging in Victoria for decades. A video surfaced recently of a man dubbed “The Preference Whisperer”. Glenn Druery has been a self-proclaimed election fixer for many years.

In the video above he describes exactly how it’s done and how much he charges to do it. This was also some for this most recent State election in Victoria.

Either way you look at it, the socialist Daniel Andrews should not be back in power as the Premier of Victoria. Whether it was election fraud that sealed his victory or the psychologically broken minds of sleeping masses in the Victorian public who still voted for him. Dictator Dan needed to go.