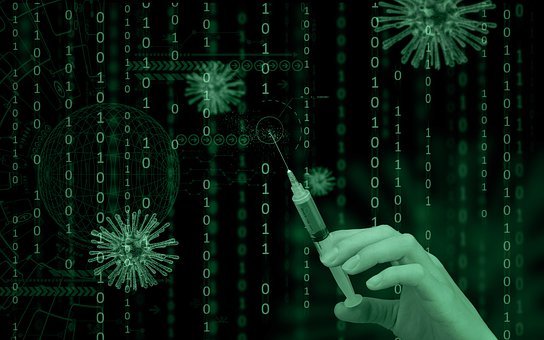 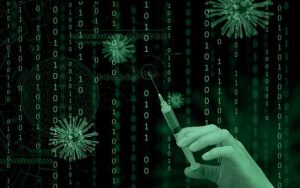 We’ve been travelling down the road towards a Digital Identity without even realising it, and if we don’t put the brakes on now then there is no going back…

How come, it hasn’t occurred to everyone yet, that there is something wrong? Badly wrong. Can it be that it is simply cognitive dissonance? You know that there is something horribly wrong, but your comfort zone doesn’t allow you to admit it? That was the case in the Third Reich – that brought forward Hitler’s tyranny. The rest is history.

Imagine if humanity one day – very soon – decided to stop wearing masks. In unison. Not in the streets, not in restaurants, not in shops, not in sports events – simply nowhere. Against all orders of a good portion of the 193 UN member governments, or at least the western governments. And, indeed, against the entire UN system

Imagine if all those who have decided not to get vaccinated, stick to it and make it public and defy the totally illegal and unconstitutional orders of the government, and the UN system.

Imagine if nobody listened to these absurd and anti-constitutional orders, not even the police, nor the military – with both law enforcement bodies siding with the people – the very people whose rights they have sworn to defend.

The latter has already happened more than once around the globe.Where police brutality used to be particularly strong, suddenly a group of front-line police have took off their helmets and marched with the people – in France, Germany, Austria, Italy, Switzerland and elsewhere. Lately, a similar trend looks like it may be materialising, in Australia’s State of Victoria, where people of Melbourne have been in a lockdown literally for months.

A female police officer, who had served for 16 years, quit and came to the fore giving interviews and divulging that the majority of her colleagues think alike, but they are afraid of losing their jobs and / or being punished by Victoria’s tyrannical governor. This is a good start.

It has to happen in unison. In solidarity. In most European countries you are not allowed to go to restaurants or any public event unless you can show the vaxx-certificate – an infamous QR-code on your cell phone, that is read by another cell phone, programmed to read your QR-code.

You have no idea what is or what will eventually be put on this QR-code. The goal is all your personal information, from your complete health record to your criminal record, your bank accounts – just everything. But you wouldn’t know. You cannot read what is on the QR-code. “They” can, since it is programmed that way.

The objective is to have in essence this QR-code implanted in your body. That’s pretty much what Klaus Schwab proudly said in his brief (about 2 min video below ) interview with the French Swiss TV in 2016. He frames it something like this: Humans will become “transhumans”.

The video has since been “fact-checked” out of the internet. Mr. Microsoft, Bill Gates, actually spoke of an implanted Operating System in the human body. So, we, humans, need to have a body that can respond to electromagnetic waves, in other words our bodies have to be transformed to electromagnetic fields (EMF). That’s being done, by the mRNA- “vaxx” that is injected into our tissues.

Have you noticed, Pfizer and Moderna, the frontrunners of mRNA – which are absolutely not vaccines – are the only ones that are allowed in the West? Now they have added AstraZeneca and Johnson and Johnson — they are only different in as much as their “killing” mechanism is different.

They also produce blood clots and spike proteins. The former may lead to respiratory blockages all the way to embolisms of the lung or brain, or even heart. The spike protein spreads to all your cells. They eventually attack your immune defence system making you much more vulnerable to any kind of disease, especially cancers. Why are they not allowing the Russian Sputnik V or any one of the Chinese vaccines?

The Russian and Chinese ones do not work for the population reduction agenda.

Your money, by the way, if you haven’t noticed already, will soon no longer be physical money that you can touch and hand over to a cashier or a provider, it instead will be all electronic, digital money, over which you may still have control, because “they” let you. But once they decide that you must give up control, it will be gone.

Have you noticed at what speed ATM machines are disappearing? How cashiers in banks disappear? They will soon no longer be necessary, because you don’t control cash anymore.

There are entire countries in northern Europe which are almost there: Full digitisation. In some countries, among them Sweden, some people have already voluntarily let a nano-chip be implanted under the skin of their wrist. The chip works like a built-in bank account. Young people love it. It’s so cool. You swipe your hand, not even a card anymore – and the payment is made. Except, these people have no idea, how this will be played out in the future.

Mind you, this only applies to the people who survive the false vaccination – or rather inoculation campaign. Because, do you know, that considerably more people have died and are dying from receiving the poisonous mRNA-jab, than from covid itself? – No, of course not. Government and the paid mainstream media won’t tell you about it. The MSM gets billions from governments for lying to you.

So, all the above only applies to those people, who survive the inoculations in the long run. Because chances are you may not survive.

Let’s go back to mask wearing. This was the first step – in the Lockstep Phase – remember the 2010 Rockefeller Report – where the authors describe the “Lockstep Phase”, as meaning that all 193 UN member countries do the same at the same time – in “lockstep”? – Well, we are already beyond this phase now.

This Lockstep phase has every government in the world order their people to wear masks, everywhere. Unbought science has long proven that mask wearing does not prevent covid nor any viral disease, but causes tremendous damage, as it reduces oxygen intake by 20 to 50 percent, depending on the type of mask. Instead, you are breathing your own CO2.

But that’s not all, the psychological damage done by forced mask wearing is tremendous. It’s sheer humiliation; it’s depressive. You talk to people, but you cannot recognise them in many cases, the voices are muffled, often difficult to understand – and the facial expression that says so much in a conversation is gone. Depressions have skyrocketed, and so have suicides. But the governments and the well-paid mainstream media, as well as the bought science, do not report these disastrous effects.