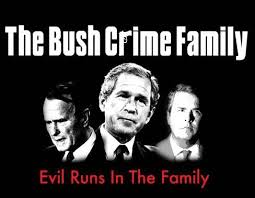 Who is Jeb Bush?

The elite establishment who control the MSM (Mainstream Media) are ensuring through their biased media coverage that US 2016 presidential hopeful Jeb Bush becomes the frontrunning candidate for the Republican Party. As he enters more and more the limelight and the consciousness of the average US voter, many will be wondering – who is Jeb Bush, really? This series takes a deeper look at the latest bloodline Bush foisted upon the American people in a “free and democratic” election.

Who is Jeb Bush? The Latest Bush in a Long Line of Treason

The Bush family is one of the most notorious and nefarious American families ever to rise to power in the USA. The list of their deception, thievery and murder stretches all the way back to the early 1900s. For an in-depth investigation into their criminality, listen to The Freedom Link’s The Bush Family: Four Generations of Treason!. Here is a brief snapshot of their family history, starting with Samuel Bush: