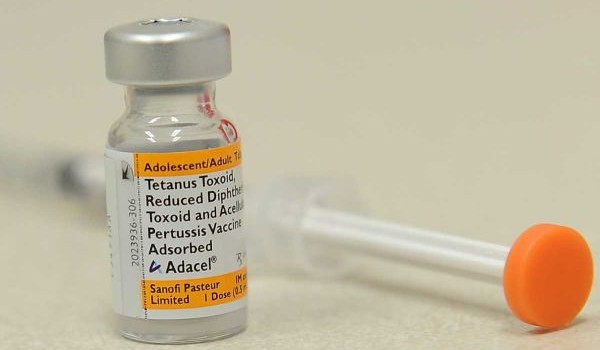 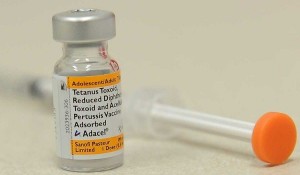 A new report shows that whooping cough (Pertussis) has re-emerged in countries that have high vaccination rates, showing that not only is the vaccine ineffective but that it may actually be dangerous.

Countries with a consistently high vaccine coverage experience an increase in whooping cough diagnoses, especially among older children and adults.

The issue may stem from under diagnosis or missed diagnosis and under-reporting, which hinder surveillance, as well as gaps in our knowledge of levels of herd immunity generated by the vaccination programs.

One study found that the body’s response to a pertussis infection was correlated with vaccination status. There was a primary response in unvaccinated children.

Another study in the Center For Infectious Disease Dynamics showed that pertussis vaccination actually enhances the colonization Bordetella parapertussis, the bacteria that causes pertussis, and that the vaccination itself may have contributed to the observed increase in whooping cough over the last decade.

How common is whooping cough in a non-vaccinating country?

In light of the solid Swedish study why is the rest of the world still heavily vaccinating its citizens for whooping cough / pertussis when it has proven unsuccessful and appears to be increasing in the vaccinated groups? Could this enzyme deficiency in vaccinated subjects be linked to a lack of naturally occurring anti-bodies? From the time we are born our body’s immune system begins to create anti-bodies and depending on the region of birth they create anti-bodies specifically to the threats of their own community. In the western world we heavily vaccine children beginning at childbirth, is this resurgence of pertussis the result of not having their own antibodies due to a life time of vaccinations, this avenue of thought must be considered regardless of the outcome or the profits lost in the world wide vaccination programs?

It used to be that infants were not vaccinated as early as today they allowed 6 months for the child’s own immune defense to develop now they are vaccinated before leaving the hospitals. How can the individuals immune system develop if they are being shut down or altered with vaccinations, how can they hope to adapt to new virus protection when bacteria begin mutating? Do you think what is done in a laboratory is more efficient than what is done within the body pertaining to the individual needs and region to where they live? Will we look back at this generation and see the errors of our ways when antibiotics fail or will we line up for vaccinations each time a new strain of bacteria is discovered since we no longer have our own immune defense? This is an age of discovery but the question that remains unanswered is what the discovery will be?