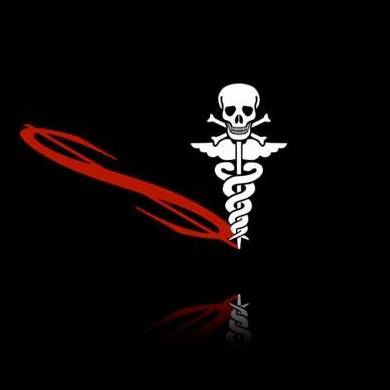 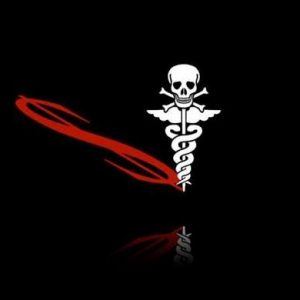 More than any other reporter, I have continued to champion and spread the word about Dr. Barbara Starfield’s revelation: The US medical system kills 106,000 people a year with its medicines. Extrapolate that number for a decade: more than MILLION DEATHS.

I have reported, many times, on Starfield’s review, “Is US Health Really the Best in the World,” published in the Journal of the American Medical Association on July 26, 2000. I interviewed her in 2009, when she told me that her death numbers (106,000 per year) were conservative, and that the federal government was doing NOTHING comprehensive to fix the ongoing disaster. Imagine that, coming from a doctor who was a revered public health expert at the Johns Hopkins School of Public Health.

Since I’ve written more articles about Dr. Starfield’s revelations than any reporter around, I also know the reaction of the mainstream press over the years: SILENCE. And more silence. And more.

So this time, I thought I’d explain the main reasons for the silence.

On one obvious level, it stems from the fact that the pharmaceutical industry buys enormous amounts of ads on and around news media. Do not bite the hand that feeds you.

And of course, blaming the medical system for a million deaths per decade…well, if you’re the New York Times and you’re making this into a take-no-prisoners ongoing building story, you’re going to incur considerable heat. Blowtorch heat.

Then there is this: nowhere in the medical literature is there any evidence, based on published studies of drugs, that these substances do such catastrophic damage. In fact, the studies and reports of clinical drug trials are largely glowing. Only one conclusion can be reached: the medical literature is rife with fraud from top to bottom. This fact would immediately throw the reputations of the most prestigious medical journals in the world into garbage landfills.

Indeed, we have, on the record, an editor of one of these publications broadly confessing to a mind-boggling reality: Dr. Marcia Angell, editor of The New England Journal of Medicine for 20 years, has written:

“It is simply no longer possible to believe much of the clinical research that is published, or to rely on the judgment of trusted physicians or authoritative medical guidelines. I take no pleasure in this conclusion, which I reached slowly and reluctantly over my two decades as an editor of The New England Journal of Medicine.” (NY Review of Books, January 15, 2009, “Drug Companies & Doctors: A Story of Corruption”)

Next: if the press dug deep into the guts of the Starfield story, the FDA, which must approve all medical drugs before they are released for public use, would go down with a blinding crash. No one would be able to defend the Agency. Its profound criminal alliance with Pharma would come full force to the surface.

Multiple medical schools would come under the gun for their relationships with Pharma, and their basic practice of teaching monopolistic drug medicine and not nutritional medicine. These schools pretend “the evidence of safety and efficacy” for drugs is wide-ranging and invariably clear. Therefore, they, the schools, are abetting what amounts to a capital crime.

And what of the basic Hippocratic oath to “first do no harm”? Where is that vaunted pledge that tries to establish the practice of medicine as supremely ethical?

As you can see, a whole long line of dominos would fall, if the Starfield story were pursued, by the mainstream, with time, energy, money, and passion for the truth. (Starfield is not the only citation on medically caused deaths. I have documented others in the past.)

Finally, we arrive at a psychological and even philosophical reason for press silence on this ongoing holocaust: for millions of people, the institution of medicine is a foundational pillar of Reality in the world. Attachment to it is, in a way, mythological. Loyalty to the medical system runs the gamut from hope for raw physical survival to spiritual sustenance. Creating doubt, widespread doubt, about such a powerful building block of Existence—that would be tinkering with the very structure of things, “meddling with the primal forces of nature.”

But here, on these pages, I’ll meddle with anything I want to. If you can’t handle that, so be it. If I want to make a true fact into a sledgehammer and use it over and over, I will. And on this issue of medical caused deaths, I’d be crazy not to.

One thought on “Why medically caused deaths continue to be ignored”