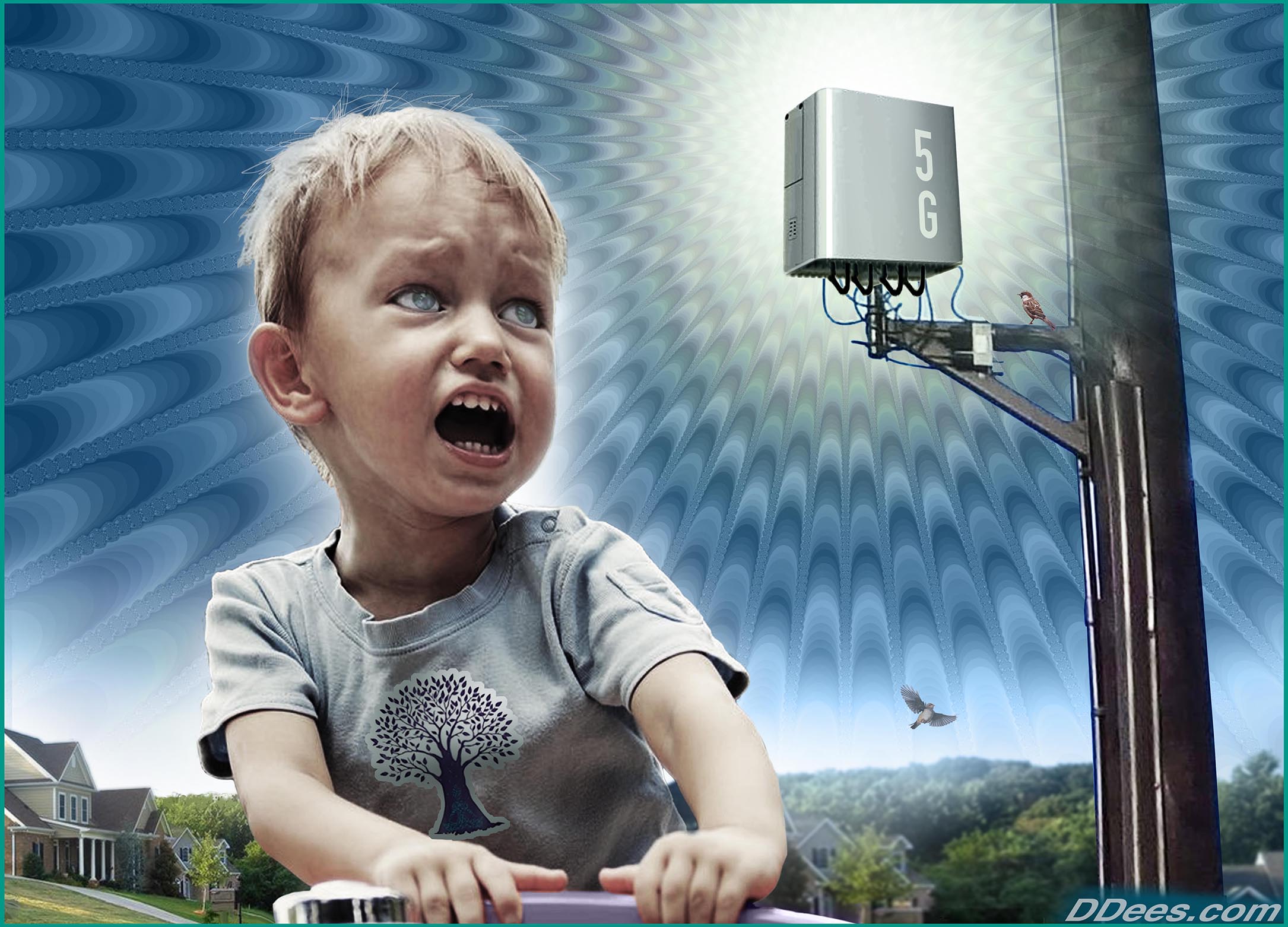 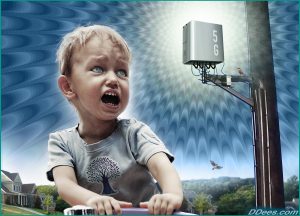 Today I conducted one of the most disturbing radio interviews of my life as host of “The Real Deal”, with a British physicist and electronic warfare expert, Barrie Trower.

By the time he had finished his service in the military, Barrie had acquired a great deal of expertise in the microwave field and he extended his research to common electronic systems, including cell phones, iPods, computer games and microwave ovens.

He was appalled to discover that microwave radiation is ubiquitous and extremely hazardous, especially to pregnant women and young children. The risks are so great that the use of WiFi, which is enormously popular, can lead to permanent genetic damage to your children and your children’s children. Here is his personal warning in his own words:

“In the very early 1960’s I trained with the government microwave warfare establishment. I looked at all aspects of microwave warfare and when I finished my time in the military, because I had a lot of expertise in the microwave field, I was asked if I would carry on with this research. We are in a new Cold War and this is why countries are developing this. And this is why all the microwave transmitters are going up everywhere because somebody, if they wanted to, could use them for other effects. The system is up and running.

Years ago our government said to our scientists, when it comes to microwaves you will only talk about things to do with heat, and that is it. So they won’t even discuss anything else. They will deny anything that doesn’t have anything to do with heat. They even deny all their 40 years of research leading up to this, although they’ve said that this can cause cancer and all the damage, they say no it can’t. We’re only looking at heat and heat is all that matters.

So they are really just liars and it is provable, sanctioned by the World Health Organization, without a shadow of a doubt. It is the same people that sit on the ICNAP certificate, sit on our government health protection agencies, sit on the World Health Organization . . . . it is the same people. There are probably no more than 20 of them. But, yes, they are going to, in my opinion, commit the worst genocide this planet has ever known, not just people, but animals and plants. They are probably going to cause more destruction than a global war, and in several hundred years time, people will look back, whoever survives, and look at what we tried to do to stop them.”

Wi-Fi, microwaves and the consequences for our health

Those most powerfully affected are pregnant women, children, women generally, the elderly, men and (least of all) the physically fit. Some persons appear to be invulnerable to exposure, but a significant percentage–from 47.7% to 57.7%–appear to be especially vulnerable, even from most of us might have regarded as low doses that represent minimal risk. The situation, however, turns out to be quite the opposite.

The human female is born with 400,000 follicles of which approximately 400 will eventually mature into eggs with the potential to be fertilized by sperm to produce a zygote, which will develop into an embryo and then into a fetus and, under favorable conditions, will result in a live birth. During the first 4-6 weeks of a woman’s pregnancy, the embryo is most vulnerable, especially because the woman may be unaware that she is pregnant and take no precautions.

As Trower has explained, because the brain tissue and bone marrow of children have different electrical conductivity properties than do adults, a child’s absorption of microwave radiation can be ten times higher than an adult’s. Even low frequency exposure to microwave radiation can be extremely damaging and induce oxidative and nitrosative forms of stress, which can cause irreversible mitochondrial (genetic) damage that will be manifest in miscarriages, stillborns and birth defects.

The effects are cumulative across generations, where studies by the World Health Organization have established that women exposed to low level dosage of microwave irradiation (below thermal level, where it is felt as heat) had a 47.7% rate of miscarriages prior to the 7th week of gestation. The level of exposure in this case was five microwatts per centimeter squared, which is below what most school girls will receive in a classroom of wi-fi transmitters from the age of approximately five years upward, whose effects can include cancer, memory loss and birth defects.

Why the situation is so desperate

Mitochondrial DNA is ten times more susceptible to oxidative and nitrosative “stress” than the DNA of the cell nucleus. But these effects are transmitted to each successive female generation and, whether these ten-fold increases merge to become 57.7% or are additional and thus equal to 67.7% does not make a significant difference. The consequence is to roughly halve the birth of normal children with each generation, which represents a catastrophe-in-the-making for the species.

During our interview, I explained to Barrie that I thought the prospects for remedying this situation are bleak because:

(1) The American public is scientifically illiterate,

(2) We love the convenience of cell phones, iPods and other electronic devices. (Editor’s Note: We personally believe that advanced technology makes cell phones, and especially smart phones, addictive. Evidence includes new diseases such as “nomphobia” – many people have nervous breakdowns when out of cell range).

(3) The corporations that produce them are going to do everything in their power to maintain their profit margins.

I therefore encourage everyone to consider his appeal for the help of the American public by sharing this study (from which I have quoted here):

Not the least disconcerting aspect of this situation is that, not only was all of this known and documented long before wi-fi was ever put in front of children, but the dangerous biological effects were concealed (as they are to this day) from the general public, in order to protect the industry’s profits:

WHAT YOU MUST DO

Do not follow the crowd. (Study proves most people are sheeple).

Do not let your children or workplace have wifi. Homeschool or quit if you have to.

Cancel your smart phone. Get a normal cell phone for emergencies only.

Get ethernet for home. Use cables for computer and phone, and voicemail, like people did just 10 years ago.

Replace the microwave oven with a convection oven.

Cows in the province of Groningen, the Netherlands go nuts when the 5G network is tested.

Cows in five different livestock companies in a area where a 5G technology is being tested go nuts when the scientists are doing tests with this wireless communication technology.

They put their heads in the air and run around like lunatics. Cows already have hurt themselves.

The tests started since fall last year and since then five different livestock companies in the testing area reported their cattle going nuts. It happened simultaneously in the cowsheds at the five companies located miles from each other.

This article, or parts of this article, may be copied as long as no alterations are made, you mention and link to www.Relfe.com