A former worker on Jeffrey Epstein’s Caribbean island claims that he saw Bill Clinton there in an explosive new Netflix documentary.

The claims run contrary to denials by Clinton that he ever visited the island, which was reportedly the site of multiple sexual assaults of underage women by the convicted pedophile Epstein and his elite guests.

The claims are made by Steve Scully, a 70-year-old phone and internet specialist worker who was present on the island of Little Saint James, as part of Jeffrey Epstein: Filthy Rich, which features testimony from witnesses and victims of Epstein’s sordid activities.

Scully claims that he saw the Clinton sitting with Epstein in the porch of the island’s villa. Scully did not witness Clinton partaking in any illegal activity, however, and says no other guests were present at the time.

Scully says that he saw other ‘important people’ visiting the island, including Prince Andrew, adding that some would be naked and flanked by topless girls.

“You tell yourself that you didn’t know for sure and you never really saw anything, but that’s all just rationalization,” Scully notes in the program, adding “Jeffrey Epstein, he was a guy who concealed his deviance very well – but he didn’t conceal it that well.”

Giuffre alleged she had dinner with the former president, Epstein, alleged ‘madam’ Ghislaine Maxwell and two other women from New York on the island on one occasion.

Giuffre also said that she saw Clinton “strolling into the darkness with two beautiful girls around either arm.”

In January, pictures emerged of Clinton with his arms around Chauntae Davies, who has said that she was recruited to be Epstein’s personal masseuse and ‘sex slave’:

Clinton has also been pictured on the steps of Epstein’s private plane, dubbed ‘the Lolita Express’ with Maxwell in 2002:

BILL Clinton poses side-by-side with suspected pimp Ghislaine Maxwell – as the pair board pedophile Jeffrey Epstein’s notorious private jet. The former US President is seen smiling on the ste…

16.9K people are talking about this

Harvey Weinstein was found guilty of rape and assault, after 5 days of deliberation. The powerful Hollywood studio boss and Democratic Party mega-donor to convicted rapist. Weinstein will reportedly remain in jail until his sentencing, set for March 11, Justice has been served! 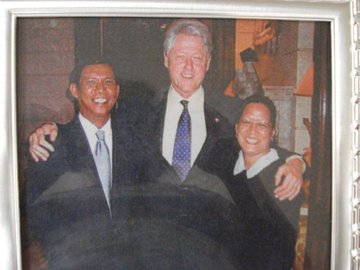 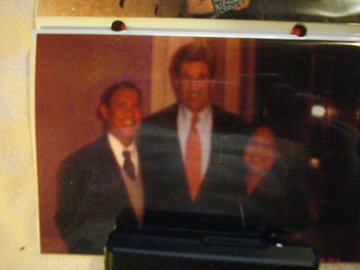 Polls indicate that the majority of Americans believe Epstein was murdered, and did not commit suicide in prison.

The first image of the noose supposedly used by Epstein contradicted the official story of his alleged “suicide.”

It shows a clean cloth with so signs of blood stains despite the fact that Epstein’s neck was bloody.

[There’s also the possibility that Jeffrey Epstein didn’t die at all, since there are so many unsolved mysteries surrounding this story, such as:

– the prison guards skipped the mandatory checks before his second alleged suicide,

– then there’s the fact that the alleged dead body of Epstein doesn’t really look like him,

– as well as the fact that his accomplice, Ghislaine Maxwell, escaped justice,

– and, finally, the extremely telling fact that millions of dollars were recently sent from the estate of Jeffrey Epstein into an offshore bank account under his name.]

The new four-part documentary airs from May 27 on Netflix.